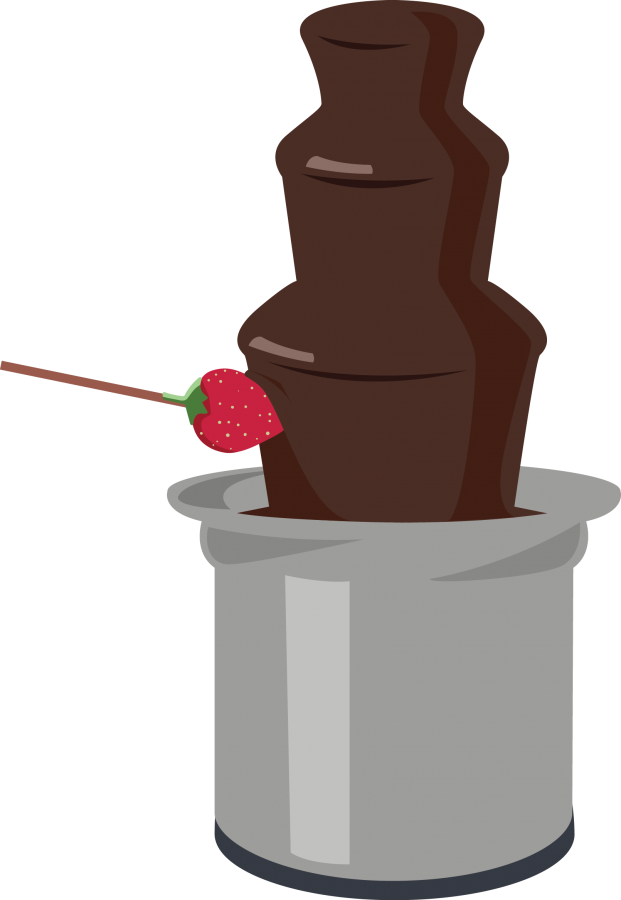 Chocolate lovers across campus may soon have a club to call home.

UIUC Dipping Things in Chocolate Club, a new RSO this semester, has stirred up a great deal of interest since it launched in early February.

The club’s Facebook page received over 400 likes within its first month online.

Sam Allen, junior in Business and club vice-president, said starting the club was actually rather spontaneous, and it all happened quickly.

“Ever since freshman year, I kind of knew this would be a cool thing to do, but I never really had the drive to make it happen,” Allen said.

Chet Lear, junior in Business and club president, said by the time the two friends decided to mobilize their idea, registration paperwork for all RSOs was a week away from being due. Nonetheless, they made it happen.

For the club to be registered, Lear needed to pass two quizzes, two students needed to sign on as registered agents and the treasurer needed to take a test.

As of now, the club does not have any planned events. Lear and Allen said its priorityis funding for an industrial-sized fondue machine.

“It’s going to be (bring your own food) but we’ll supply marshmallows and basic stuff,” Allen said. “We’re basically going to rent out a location — maybe in the Union or Lincoln Hall — and just have the fondue fountain and people can just come, socialize and dip things in chocolate.”

Edgar Garcia, sophomore in Engineering, is a general member of the club. Garcia said he is in a couple of organizations with Lear and Allen. When he heard about the club, he instantly hopped on.

“I do a lot of technical stuff, and I just needed something that is literally just for fun. And at first I was pretty incredulous that it wasn’t going to actually take off, but once I heard it was registered and they were actually moving money around, I knew this was the real deal,” Garcia said.

As far as the future goes for the UIUC Dipping Things in Chocolate Club, the co-founders believe the options are limitless. Lear and Allen said they are completely open for suggestions when it comes to planning the club’s future events. The two are hoping next fall’s Quad Day will bring a larger wave of fanatics.

“We’ve had a few people message us and say ‘oh, this is amazing, how can I be a part of the executive board?’ and unfortunately it has already been set but if people continue to want to be the next president or something, we will definitely hand it off,” Allen said. “Because that would be really cool to just come back in five to 10 years and still have our club.”

Garcia also said he is excited to see where the club goes in the coming years. He said he has no doubt Lear and Allen are capable of making the club a lasting success.

“The way that Sam, Chet and the other guys behind the scenes are working the system is amazing. I can constantly see that they’re promoting it in person, they’re promoting it online, and they are constantly trying to get the word out,” Garcia said, “They’re definitely pursuing it aggressively, and not only is that going to help make it grow, but it’s remarkable.”