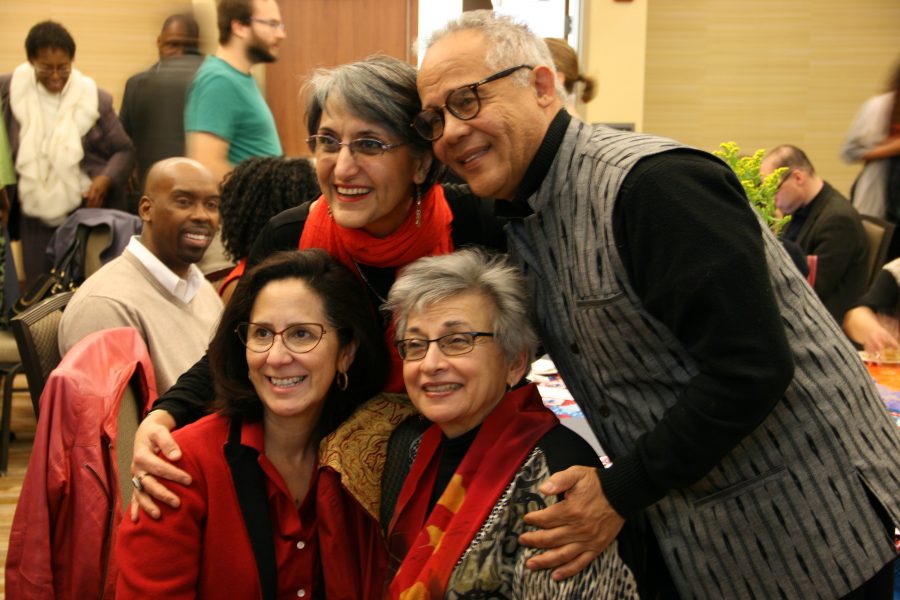 Being a woman in 2017 is not always a celebration.

The wage gap, sexual assault and the patriarchy all continue to exist as barriers. Glass ceilings are gathering dust and preventing women from achieving gender equality.

March is Women’s History Month, which attempts to create a mindset that includes women who have unique identities and personal histories.

Rachel Storm, assistant director of the Women’s Resources Center, uses her life to try to create a world where everyone’s story is remembered.

Storm graduated from the University with a Bachelor’s degree in international studies and a self-declared focus in “transnational gender politics.” She was part of the student group who demanded a women’s resource center be created on campus. In February 2009, the center opened its doors for the first time. Storm began working as an event coordinator that June. Storm said her activism in college still exists in the role she plays today.

“Students who are marginalized on campus really need safe spaces. They need space that really re-center their experiences,” Storm said. “Especially when so many times our educational systems and our course work, all kinds of things, continue to marginalize their histories and their experiences.”

One way the Women’s Resource Center celebrates the many aspects of being a woman is through itsannual International Women’s Day Ceremony. This year’s event was held at the iHotel on March 8 and included 17 honorees.

According to the press release, the celebration is in conjunction with other events around the world, but focuses on the women who have put forth effort (on campus and in the community) to improve the lives of women here and in other parts of the globe.

The work of female students, faculty and community members helps outside of the demographic range they belong to. These women are making time for chapters of women’s history that their own story doesn’t necessarily fall in.

Karen Flynn, an honoree and associate professor in gender and women’s studies and African-American studies, said she enjoys celebrating Women’s History month through educating others.

Flynn used a sermon to integrate the significance of Women’s History Month to her church. She also gave a presentation at her son’s elementary school on Mary Ann Shadd Cary, the first African-American woman to publish a newspaper in North America.

Flynn’s research in immigration, diaspora, feminism and Black Canada has led her to publish many articles and a book titled “Moving Beyond Borders: Black Canadian and Caribbean Women in the African Canadian Diaspora.”

Flynn said the understanding of gender equality and the patriarchy vary depending on a person’s background, but international perspectives and deviations ought to be acknowledged.

“The way those terms translate in other contexts may not be the same way, and we need to be mindful of that,” Flynn said.

For Storm, accepting patriarchal ideologies is something she has come to reject due to the influence of women in her life when growing up.

Storm was raised in a home with domestic violence and the repetition of the lesson that women aren’t capable. She witnessed a system designed to keep women out of power, a context that made her role models shine even brighter. While Storm claims her grandma would never call herself a feminist, she remembers the Catholic housewife attending business club meetings and befriending nuns in the community. Despite their situation, the women in her life continued to push back on the limitations set by men.

Because of her background, Storm said most of her family was confused by her career as an advocate for assault survivors and women as a marginalized group. When commenting on the current political climate, Storm said the momentum surrounding protests is a prime example of activists coming together from different places.

“What we’re seeing is (activists) tapping into the broader community and organizing,” Storm said.

Storm said the future for women needs to be guided by listening, whether an individual identifies as Muslim, transgender, undocumented or female. Without interconnectedness, it will be difficult to make progress.

Flynn agreed and echoed the importance of realizing how far the fight for women’s equality has come, as well as the work that still needs to be done.

“We need those reminders, so we don’t become complacent.” Flynn said. There’s no guarantee that certain rights will be there forever.”