Former U.S. ambassador speaks on the growing crisis in the Middle East 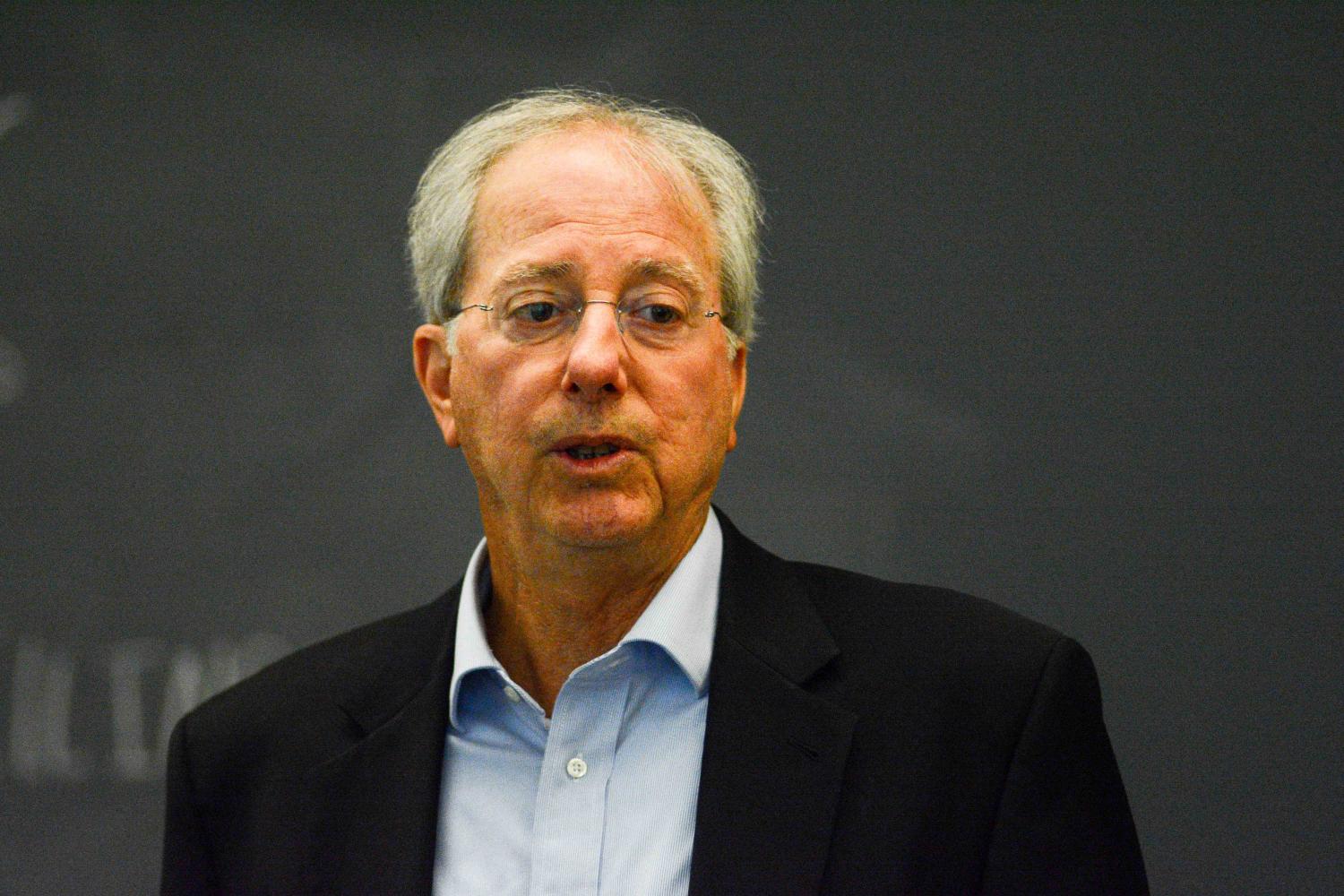 Ambassador Dennis Ross spoke to students in Lincoln Hall on April 27. He discussed conflict in the Middle East and the time he served under two different presidents.

In the wake of an increasingly divided campus, former U.S. Ambassador Dennis Ross shed light on the complexities of Middle Eastern politics, challenging controversial and frequent debates on campus.

Students from Illini Hillel, along with community members, welcomed Ross Thursday for a two-hour discussion on U.S. policy in the Middle East.

Ross explained how this decade, more so than any before, is facing wars and crises compounded atop one another, making the Middle East an even more unstable region.

The insight he gave on the economic and political atmosphere in Syria, Iraq, Yemen and Libya spoke volumes about the depth of issues in the region.

Each country was so dense with conflict of commodities, foreign intervention and politicized religious conflict. The vacuum of intervention and its counter have, Ross said, left an insanely difficult situation to solve in the Middle East.

The Syrian civil war rages on for its sixth year, and the conflict intensifies through continued foreign intervention.

Ross reflected on this ongoing conflict, and drew from it a solution that took much of the audience by surprise.

“In order to solve the Israeli-Palestinian conflict, there needs to be an acknowledgment that there are two national movements,” Ross said, “which means two national identities, requiring that the solution be two states.”

Ross conveyed the reality that over time, the conflict between Israelis and Palestinians would only grow, leaving two real options to take into consideration: a bi-national Israeli state riddled with conflict, or two separate, individual states.

“My perspective was changed regarding the Israeli-Palestinian conflict when Ross described the need for a two-state solution to accommodate to the two national identities” said Spencer Markowitz, sophomore in Engineering and member of Illini Hillel.

An idea that Ross constantly drew back on was the identity crisis within the region. Individuals are fighting to preserve their unique identities and safeguard them by secure economic standings.

“One of the most important polls to come out of the region shows that the one thing 18- to 24-year-olds want is an economic future,” Ross said.

The experiences he described with youth across the region, and specifically in Palestine, emphasized the loss of belief in a peaceful solution, but a dire hope for the opportunity for economic stability amidst the rubble of the crisis.

This idea draws many parallels to the generation behind the recent movement of Libertarian Bernie Sanders. Economic opportunity is all too often seen as a ‘make it or break it’ force for activating individuals.

The American electoral system brought Sanders to the main stage whereas from the beginning of the Arab Spring, those youths took the movement to the physical streets.

Ross criticized U.S. involvement in promoting democracy stating that there are differences within democracy promoting.

The event challenged the audience of not only students, but community members, into critically understanding the way they view the Middle East and U.S. involvement.

Karoll said the event was meant to promote nuanced conversations about the Middle East, drifting away from the typical “shouting match” that tends to erupt.

“Elections aren’t the definition of democracy, merely just one part of them. Good governance, pluralism, rule of law,” Ross said. “These ideas are what is needed to bring democracy to the Middle East.”

Correction: A previous version of this article stated that Elan Karoll is a member of Students for Israel. He is a member of Illini Public Affairs Committee.