Champaign not kidding around with baby goat yoga 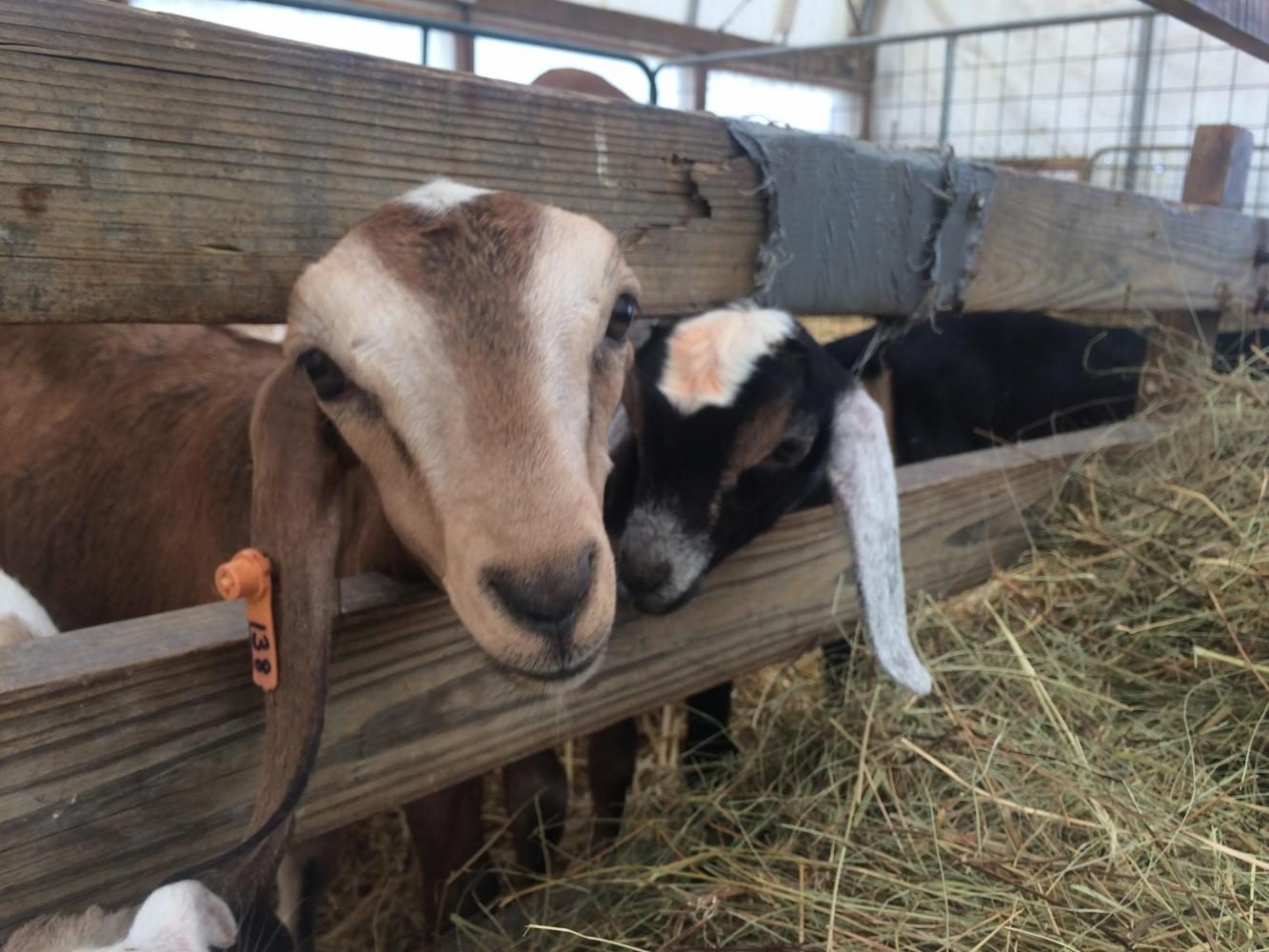 Delight Flower Farm in Champaign hosted yoga with the goats on Sunday. The sold out event allowed participants to exercise out of their normal elements.

The practice of yoga is highly a diverse field with classes that all differ in technique and intensity.  But adding goats to the mix is a wholly unique experience.

Alongside her passion for farming, yoga has been an integral part of flower farmer and yoga instructor Maggie Taylor’s life for years.

Delight Flower Farm’s location on a goat farm made the combination seem like common sense.

“There’s a first time for everything! I love goats and I love yoga, but I’m not sure I would have thought to combine them,” Taylor said. “People kept sending me videos of goat yoga. I’m farming flowers on a goat farm and I teach yoga, so I thought why not try it?”

Taylor began the session by providing a disclaimer about the goats, referred to as kids, particularly regarding their tendency to nibble on hair, the inevitability of certain bodily functions and how to best respond to these circumstances.

The hair nibbling proved to be more of a source of humor than anything else, and all yoga mats, aside from Taylor’s, escaped the fluids she had warned her guests about.

For the most part, the goats did their own thing. They dashed around and occasionally hurdled over people during stretches, to everyone’s amusement, all while remaining endearingly vocal.

Many of the poses catered to beginners, but Taylor frequently followed by offering more difficult poses for those who were more advanced. In addition, she explained which muscle groups guests should feel targeted by particular stretches.

Taylor offered a straightforward view for the practice of combining goats with yoga.

“The goats are a novelty, not related to yoga,” Taylor said. “There are plenty of metaphors one could make, (such as) keeping a light heart, a playful spirit, letting go of expectations, cultivating flexibility when ‘someone pees on your mat,’ etc. but if I’m being honest, I think it’s just that goats are cute and people like yoga.”

Kathleen Keene, a participant of goat yoga, discussed why she was attracted to the idea of practicing yoga with goats.

“I love goats,” Keene said, a sentiment that was shared by many others who partook.

Although Keene, like the majority of those in attendance, had never done yoga with the goats, she said, “I’ve heard of yoga with goats before, particularly as a thing done in the Pacific Northwest, so I was really excited when I saw the Facebook event.”

The yoga with the goats event provided an experience that was new for guests at the farm.

“We came to the breakfast with the goats at Prairie Fruit Farm. But nothing like this,” Amanda Stevenson said.

Because the yoga with goats event seemed to be quite a success, Taylor said more events could be in the future.

“We plan to offer goat yoga a couple more times this summer, quite soon actually, before the kids get too big for friendly yoga sessions,” Taylor said.