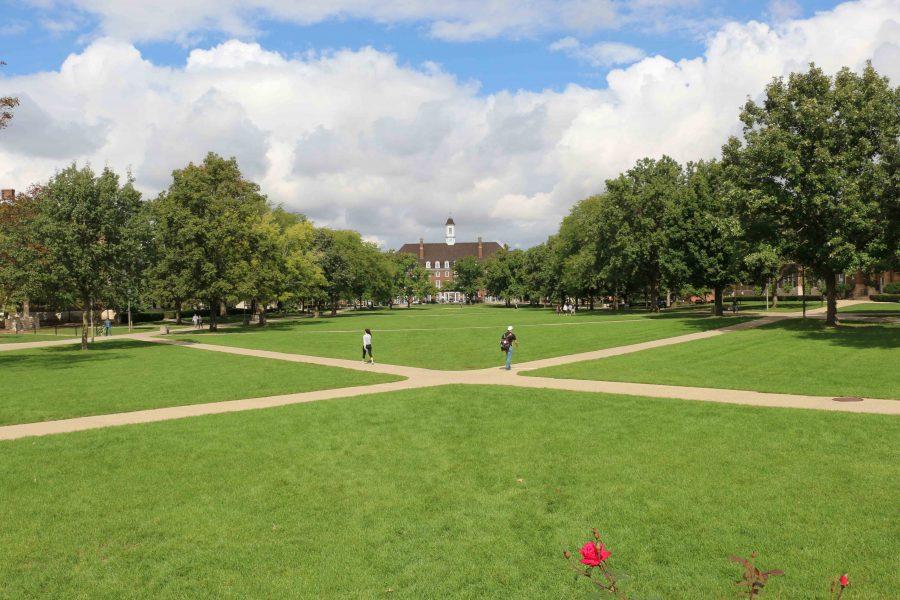 Every Thursday throughout the summer, students can watch a free screening of a 2017 film on the Main Quad. The series, hosted by the Illini Union Board, occurs at 9 p.m., and the next showing is "Life" on June 15.

Every Thursday throughout the summer, community members can grab a blanket or chair and relax on the Main Quad while enjoying a screening of a popular film, hosted by the Illini Union Board.

The Summer Quad Cinema Series is free of charge and takes place on Thursdays at 9:00 P.M. If there is inclement weather, the films are shown in the Illini Union Pine Lounge.

Alonzo Marsh, President of the Illinois Union Board, explained that “the movies on the Quad have been an event at the Union for more than twelve years,” when they were first started by Laurel Rosch, the Associate Director of Programs at the Union.

However, there is a long tradition of screening movies at the Illini Union.

“Movies have been a tradition at the Union since at least the 1960s, though we aren’t sure if they showed those on the Quad,” Marsh said.

The films vary in genre, but have all been released within the year of 2017.

“The movie selection was narrowed down to only blockbuster movies through the contracting company that the Illini Union Board works with,” Price said. “From that point, I brought a list of available films to my committee and we chose movies we felt would appeal to the community and the student body.”

Viewing a movie outside and on a large projector screen makes for a distinct movie viewing experience that surpasses the standard experience one would receive from watching these released movies at home, said Price.

“The Quad really amplifies the viewing experience,” Price said. “It’s the ‘night out’ of going to a drive-in movie with the convenience of it being on the UIUC campus.”

But instead of cars, those in attendance sprawl across the Quad on blankets with assortments of snacks.

“The big advantage of watching a movie on the Quad is the atmosphere,” Marsh said. “Being able to relax and watch a blockbuster movie on a big screen under the stars with your friends is a great way to relax on a Thursday night.”

Mike Gates, a sophomore at the University who attended the last screening, shared a similar sentiment.

He noted that what makes watching a movie outside on the Quad a unique film viewing experience is “the way that you experience a sense of community, similar to that from viewing a movie in a public theatre with friends, while also being able to enjoy the beautiful summer weather. It’s also nice that you can bring snacks.”

Although these screenings are quite popular, seasonal restrictions hinder them from taking place throughout the academic year.

Marsh observed, “Movies on the Quad are difficult to put on during the school year because after mid-October, we often struggle getting nice enough whether to host a nice outdoor movie night.”

Therefore, it is important to take advantage of these summer opportunities while they last.

A few screenings have already taken place; the movies Get Out, Power Rangers and Beauty and the Beast were screened at the last three sessions.

However, there are still ample opportunities to view an outdoor screening for those who have not yet been able to attend the Summer Quad Cinema Series, or for those who wish to return.

Future screenings include the following movies:

The Fate of the Furious (July 6)