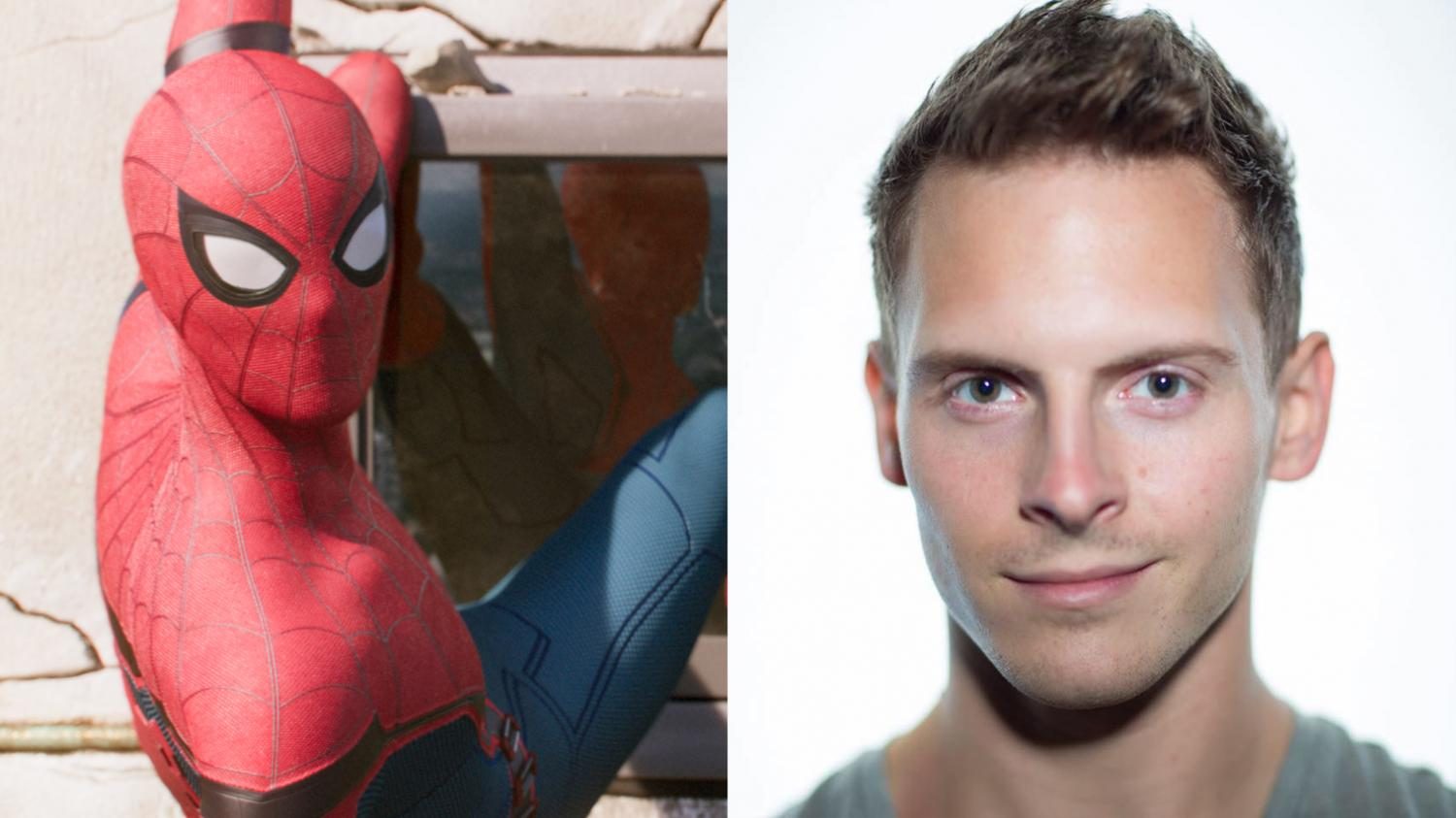 Chris Silcox, an Illinois alum and ex-NCAA gymnast, landed a role in Spider-Man: Homecoming as a stunt double.

Although students are often told the University can present unique and exciting job opportunities for graduates, a career as a stunt double may not be the first thing that comes to mind.

However, for Chris Silcox, his degree in theatre and participation in the NCAA as a gymnast culminated in just this—a role as a stunt double in a major blockbuster film. Silcox landed a role in the newly released Spider-Man: Homecoming movie, as a stunt double for Tom Holland.

This career path even came as a bit of a surprise for Silcox. “Never even crossed my mind…I decided to get my degree in acting, thinking Broadway would be the first place I went to,” Silcox said.

Silcox eventually came to realize that training in theatre and gymnastics perfectly loaned itself to a career in performing dangerous and physically demanding stunts.

“Gymnastics was critical in teaching you awareness, both in the air and on the ground,” he said. “Theatre was excellent for performance. Stuntmen and actors have a bit of training in each. I just got lucky to have loved both early on. Without realizing it, I had the best stunt training possible.”

Silcox pursued theatre because he was passionate about it; and this passion can be traced far back to Silcox’s days in elementary school.

Similarly, Silcox has been a gymnast for the greater portion of his life. He began the sport at seven years old and has been practicing for a total of 23 years. “I’ve never really stopped, just changed the places I flipped around,” Silcox said.

This is not his first role in the field, though. Silcox has had a few years of experience doing stunts, which helped open the door for his exciting role in Spider-Man: Homecoming.

“I’ve been doing stunts in films for about three years now,” he said. “I had my first job out of college with Cirque Du Soleil creating a show called Viva Elvis and then later on a show called Iris in LA. After Iris, I stayed in LA and started to get work on sets as a stunt double and stunt performer. “

Eventually, Silcox began to work as a double in movies.

Regarding Spider-Man: Homecoming, Silcox explained how he was chosen to participate in the movie.

“Our Stunt Coordinator, George Cottle, sent me a message out of nowhere requesting my sizes after watching my movement and stunt reels on YouTube and a stunt casting website,” Silcox said. “I just happened to be exactly the same size as Tom Holland. So I was chosen along with two other guys as doubles for Spidey.”

Because the Spider-Man movies are filled with action scenes, Silcox performed a wide variety of exhilarating stunts. His acting entailed, “Everything and anything. Flipping; wall crawling; swinging; fighting; parkour; and riding on, being hit by, and dragged by buses and cars.”

Among the actors in Spider-Man: Homecoming is Robert Downey Jr., Gwyneth Paltrow and Donald Glover. Silcox said he was able to spend a significant amount of time acting alongside Michael Keaton and Tom Holland.

Silcox expressed that working with Keaton was, “amazing because you’re working with Batman,” and that Holland “was super fun and a joy to work with. The kid is super talented and can do a lot of the stunts himself.”

Looking back, Silcox attributes much of his success as a stunt double to his time at the University of Illinois.

“I had the best time of my life on the NCAA gymnastics team for Illinois,” he said. “I learned how to compete for the first time in my life and also how to be a team player in a very individualized sport. I had great teachers at Krannert Center, including one name Robin McFarquhar, who really pushed me to develop a different approach to acting and combine it with my movement capabilities but also pushed me to move differently than a gymnast.”

Looking forward, Silcox indicated the potential for future acting opportunities. This position “definitely opens up the possibility to be in the Spidey suit as long as Tom Holland is Peter Parker.”

And as Silcox becomes immersed in the acting world, he says his chances of getting cast again is higher.

“One thing leads to another in every industry,” Silcox said. “Working on one great film tends to bring you to another.”

Silcox hopes to continue working with the Marvel narratives, and he already has a few definite roles.

“I’ll have a small part in a big film I’m shooting in August, but it won’t come out until 2019,” Silcox said. “I’m going to put things out on my YouTube channel and continue to do stunts and audition. There’s a lot of fun opportunities in entertainment that technology is opening up and I can’t wait to utilize them on screen and on stage.”

Spider man premieres in theatres across the country today.