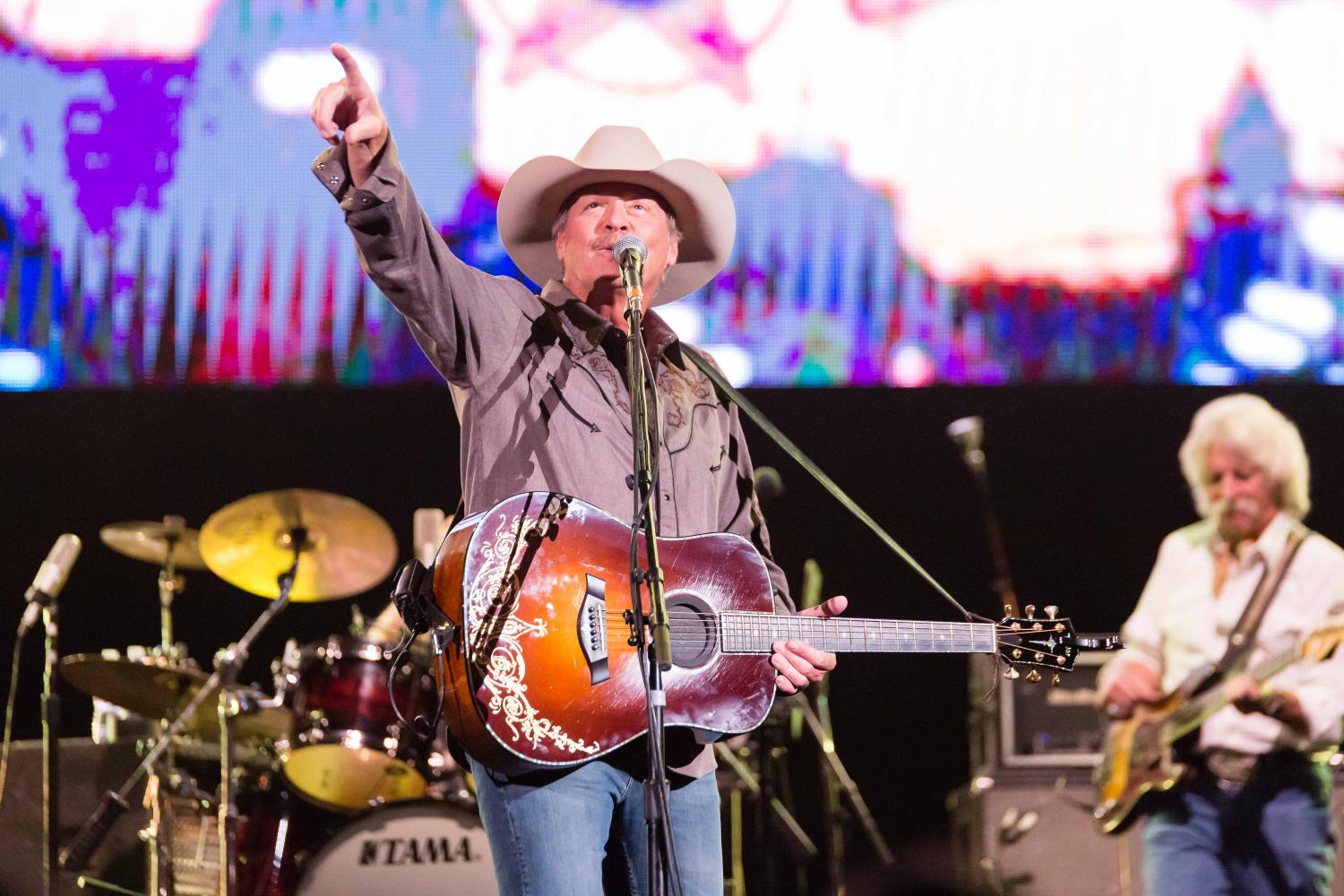 Legendary country star Alan Jackson took the stage Saturday at the State Farm Center and brought in a crowd of people from different areas and of all ages.

Then finally, a video giving a brief history of Jackson played, hinting his entrance. The crowd stood up and cheered, with people yelling, “I love you, Alan!”

He walked out, dressed in his classic country attire, including a cowboy hat and cowboy boots. He started with his hit song, “Gone Country.”

“I think it’s about the 10th time over the last 30 years or so I’ve played at this place,” he said. “It makes me feel good that y’all still want to come out here and hear some real country music here in Champaign, Illinois.”

Jackson played both his old and new hits, each song receiving an equally loud cheer. Throughout the concert, he even gave his band members their time to shine, with solos from the guitarists, the fiddler and the pianist.

In the middle of the concert, Jackson brought Womack back onto the stage to sing a duet of “Here in the Real World.”

“(She is) one of my favorite voices in all of country music right here,” Jackson said. “The bad thing is that when you sing with her, you think you sound pretty good until she comes in.”

The country singer also gave some emotional performances throughout the concert, including the songs “Remember When” about his wife, and “Drive (For Daddy Gene),” which he wrote shortly after his father’s death.

“This song I wrote a long time ago when I was going through a tough time,” he said. “I lost my daddy and I wanted to write a song for him. I didn’t want to write some old sad, crying and dying kind of song. I started thinking about growing up, and all I wanted to do was drive something.”

Throughout the concert, Jackson engaged with his fans, throwing out guitar picks and T-shirts that said “Alan Jackson Threw Me This Shirt.”

He also gave shout-outs to different posters people were holding in the crowd, including one that said “It’s 5 O’Clock in Champaign.” He pointed out another that belonged to a little girl in a pink cowboy hat that said, “Six years old, three tours, fan club member.”

Jackson ended the concert with his hits, “It’s Five O’Clock Somewhere” and “Chattahoochee.” He received a standing ovation, and after thanking the audience, he walked off the stage.

However, he wasn’t done: There was an encore.

He sang “Where I Come From” and added a Champaign twist. He had a video playing on the screen with clips of some of Champaign’s iconic places, including the Alma Mater and KAM’s.

The concert pulled in fans from all over, including B Brown from Macon, Georgia. Brown has been a fan of Jackson for almost 28 years, and has seen him perform in over 15 states.

“I see him every time I get the chance,” Brown said.

She first heard him on the radio and immediately liked his music. One of Brown’s friends later brought her an Alan Jackson CD, and Brown listened to it so frequently that her friend had to always buy her batteries for the CD player.

“(Alan Jackson is) down to earth and sings traditional country music,” Brown said.

Roger Wills, the band’s bass player, has performed with Jackson for 29 years. He came onto the stage before the concert to talk to some of his friends and fans.

“I love his music,” Wills said. “I think he’s a great songwriter.”

The arena was full of people who wanted to have a good time and listen to traditional country music.  For those like Brown, Jackson did not disappoint.

“He just stands up there and sings,” Brown said. “He cares about the people in the audience. He just wants to entertain them.”