Students, faculty speak out about University life as a triple major 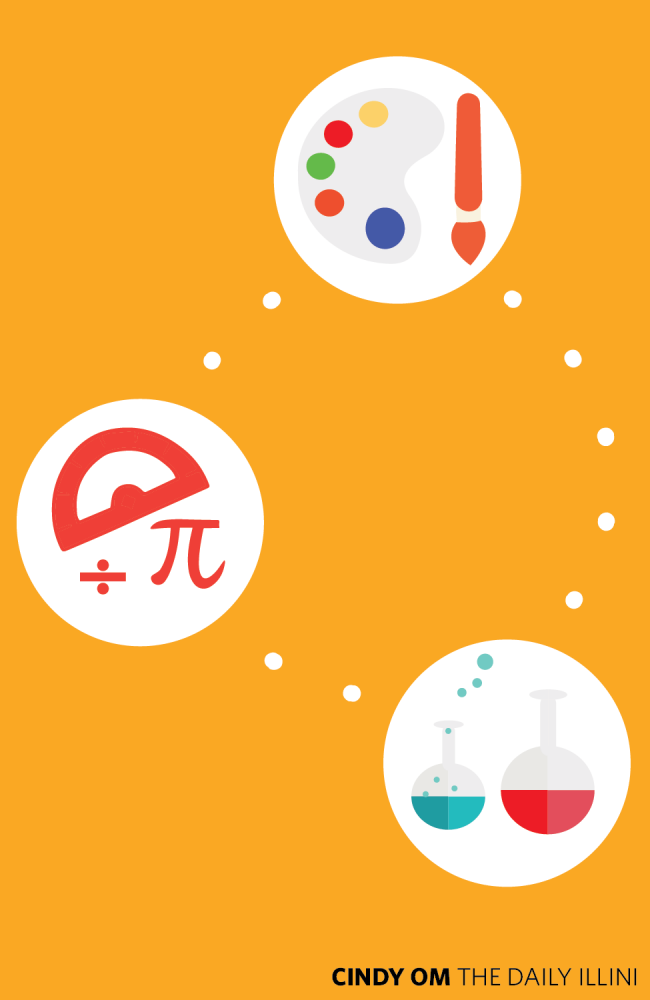 Sophomore Ajay Dugar is not only a triple major in mechanical engineering, mathematics and economics, but he is planning on picking up a fourth major in astronomy with minors in business and statistics. But even with all this, he is still able to graduate in four years.

He has a lot of varied interests and struggled to narrow down his options, Dugar said. So he decided to go for the triple major, and eventually hopes to go into politics with his degrees.

“Being able to pursue majors and pretty much dictate what I want to learn allows me to explore and learn a little bit about myself,” Dugar said.

Dugar is not the only person on campus with a triple major. Melissa Newell, an adviser for the Department of Economics, said that while triple majors are very difficult, they are feasible. Often times students will come in with a lot of credits and will take classes in the summer as well. They usually have to take 18 credit hours per semester, and may have to opt for more.

Newell advised that if a student is pursuing a triple major, to make sure he or she has a reason for doing so. She also said it is important to have at least one class that offers relief, and to leave time for outside activities.

“I think it’s really important to go in and talk to an adviser and then talk to faculty and stay on top of things because it is a lot of coursework,” Newell said. “Get familiar with how you’re going to talk about all three of those.”

Trayshawn Mitchell, senior and student trustee of the University, is a triple major in political science, communications and economics. He grew up always wanting to do positive things for the community and act as a role model. He hopes to eventually take these values and his three degrees and serve in the U.S. Senate.

“I understood early on that it is feasible and easy for anybody to live the life they want to live; they just have to work for it,” Mitchell said.

Mitchell is on track to graduate in five years and has been taking more than 18 credit hours for the past couple of semesters. In addition to this, he also has to set time aside for his responsibilities as student trustee.

However, while it may be stressful and time consuming now, Mitchell believes it will be worth it in the long run.

Also a triple major, Betty Chiang is in her fifth her at the University pursuing her Master of Advanced Studies (MAS) in accounting. She graduated undergrad with majors in accounting, marketing and business product management.

She said that finance will give her a good foundation for multiple career opportunities, while marketing allows her to pursue a more creative side. Chiang said business product management teaches her the importance of data analytics in today’s society.

However, even with these three majors, she was still able to graduate in four years and study abroad in London for a semester.

Chiang said she has no regrets pursuing a triple major. She has always liked to stay busy, and said having a lot of work to do usually makes her more on task. Taking on this workload prepared her for her future career.

“In school we can control our own schedules and there are tests periodically,” Chiang said. “But at work, one will never know if there will be more work today or tomorrow and when will the ‘test’ be. Learning how to be flexible and adaptable is one of the biggest rewards from taking this workload.”