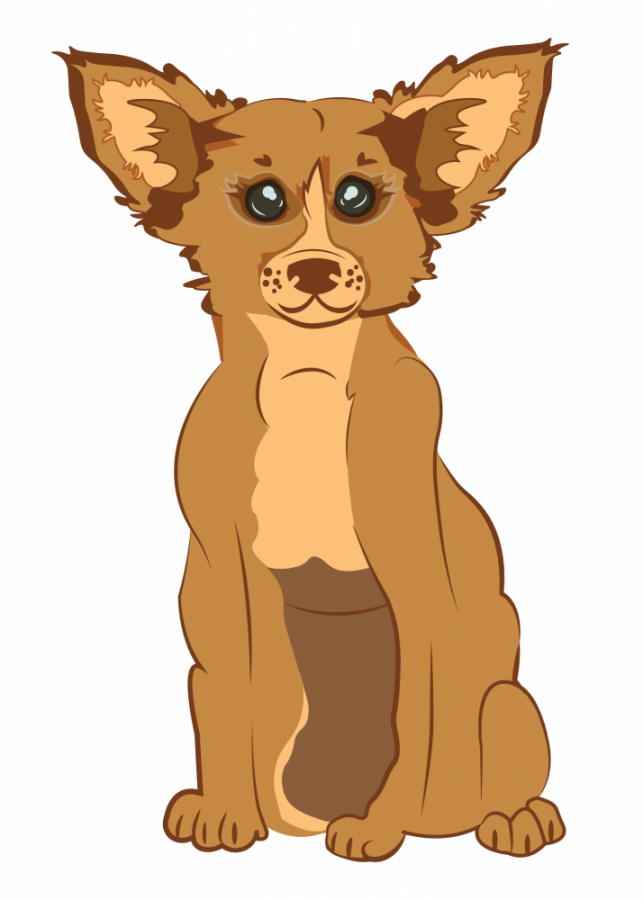 Nana, short for Banana, is one very lucky dog.

This July, Nana traveled more than 8,000 miles from Thailand to Illinois for the chance at a longer, healthier life. The 3-year-old Chihuahua was diagnosed with a patent ductus arteriosus, or PDA. This congenital heart defect typically leads to heart failure within the first year of life.

Dr. Jordan Vitt, a veterinary cardiologist at the University’s Veterinary Teaching Hospital, was in Thailand to help clinicians at Kasetsart University in Bangkok. It was during Vitt’s time with these doctors that he was introduced to Nana.

“I spent time with their doctors who have been practicing cardiology for years, and they scheduled Nana for an evaluation with me,” Vitt said. “I confirmed the diagnosis and told them she would likely go into congestive heart failure from her PDA if it weren’t treated.”

Vitt said his original intentions were to conduct lectures and help clinicians while working in Thailand on the cardiology service because there are no board-certified veterinary cardiologists.

Because there are no such cardiologists in Thailand, Nana’s owner was interested in bringing Nana to Urbana. Therefore, the two veterinarian assistants who initially diagnosed her PDA brought her to the University to repair her heart.

“A PDA is a normal structure in mammals — humans included — that remains open after they’re born. It is a vessel that normally shunts blood away from the lungs and to the aorta,” Vitt said. “If it remains open, the pressure in the systemic circulation is greater, causing shunting of blood back into the lungs that should go to the body. This causes the heart to become enlarged over time.”

Teodora Hristova, a fourth-year student in Veterinary Medicine who was involved in Nana’s procedure, said she was glad Nana’s surgery went as planned and relieved she will have many more years left with her family.

“I had seen a PDA repair on a patient in the past, so I kind of knew what to expect. The challenge with Nana was that she is so small and her femoral artery would be small,” Hristova said. “Once we established that the catheter would fit in her small artery, it was a relief, and we carried on with the procedure.”

Vitt said he hopes this procedure will bridge the two universities and create a lasting relationship for both to benefit from in the future. He hopes to treat more dogs in Thailand suffering from similar ailments, and train clinicians there how to do such procedures.

“While it takes years to be comfortable with the procedure, I hope that we are in the early stages to allow us the ability to make this procedure available in Thailand to benefit many patients who currently don’t have treatment options,” Vitt said.

Hristova said there are many wonderful veterinarians worldwide, and Vet Med students should take the opportunity to learn from them. She said collaborating with other countries helps clinicians receive a different perspective on veterinary medicine from abroad.

Vitt said that despite her old age and internationalism, Nana was an ordinary patient. Nana’s luck continued after a previous client donated money to the cardiology service after they repaired her dog’s PDA.

Both Vitt and Hristova would have never suspected they would run into a patient like Nana. They both agreed that they were simply happy to be able to give Nana the opportunity of a lifetime, that would have otherwise not happened had the timing been off.

“My favorite memory is when I first met Nana she was very frightened and growled at me, but by the end of her visit in the hospital she contently sat in my lap and occasionally licked my nose,” Hristova said. “It just showed that a little bit of love, patience and care could win over most of your terrified patients.”