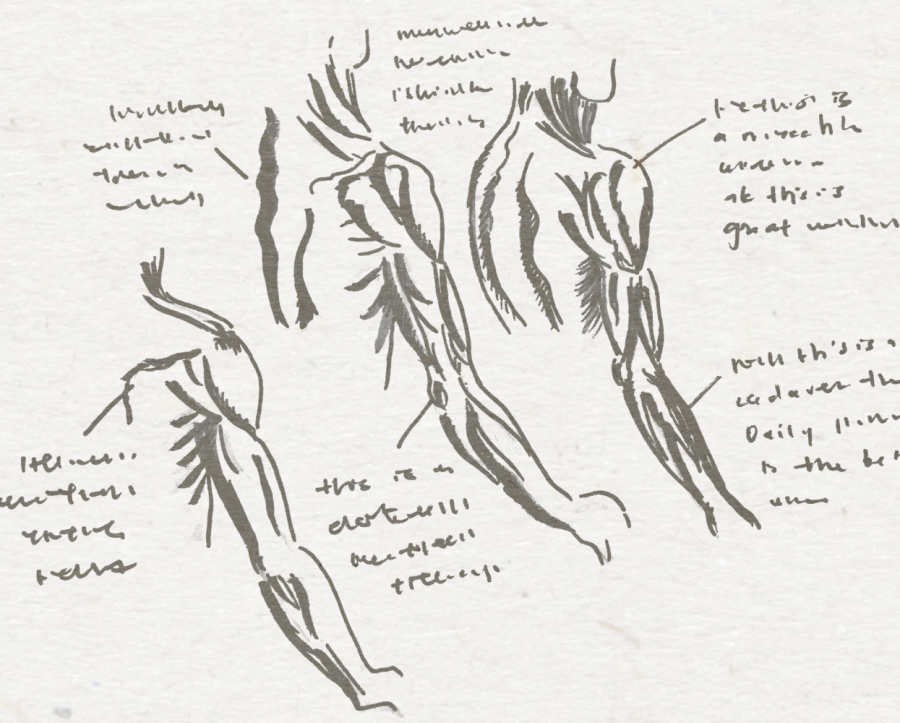 More than anything, Edwin Fernandez just wanted to help his friend bring a new RSO into the campus mix.

“We were just talking over the summer,” Fernandez, sophomore transferring into ACES, said. “She was like, ‘I want to start a club, but I don’t know what to do.’”

The friend was Kalthoum Alshaikh, sophomore in LAS, whom he had first met through a freshman chemistry class. Fernandez knew that Alshaikh was invested in the early phases of a pre-med program and figured that with so much on her plate, she might want to keep the idea for the organization close to home.

Together they created the Mock Medical Examiners Club of which Alshaikh is the president.

Surely Alshaikh couldn’t have anticipated that Fernandez’s blueprint for the group would involve anything resembling a dead body.

The RSO is designed for students interested in entering the medical field. Members examine fake cadavers to get themselves better prepared for future careers. The unique aspect of it all is that the cadavers are just real people covered in makeup to make them appear dead with various wounds on their bodies.

“What we have planned for this upcoming year is to have mock trials about different (medical) cases that have happened in the past,” said Krishna Patel, secretary of the club and sophomore transferring to Education. “We basically want to engage students in different cases and let them know what they’ll be going into in the future if they are in a medical profession.”

For Patel and other officers within the group, this means a hefty amount of preparation funneled into each so-called trial. The trials are open to any student who wishes to participate, and the group hopes to have monthly trials soon.

Fortunately, no one will have to get their hands dirty.

After careful analysis of various public medical reports regarding accidents, crashes and even murders, the executive board is working to construct accurate models for the practice cadavers, illustrating the aftermath of the real-life incidents they’ve researched.

Along with those, the board will adapt a summary of the patient’s injuries for their own use, withholding names to ensure privacy. The overview will serve as an answer key that only the group leaders will be able to see during the trials.

After splitting up the trial’s attendees into competing sides, the board will judge which teams can most closely pinpoint the cause of death for each of the corpse replicas at the front of the room.

To earn points, each team will have to correctly guess the solution to the case based on the wounds they observe.

“It’s not like, ‘Oh, sit down, this is the question, this is the answer,’” Alshaikh said. “It’s gonna be more like Kahoot, like Jeopardy … almost competition.”

The group’s founding members think their innovative academic vibe is their prime attractant for potential members, considering campus lacks many medical-focused RSOs that can be comfortably labeled as “fun.”

While the Mock Medical Examiners find their fun in some admittedly unique places, they’ll be able to offer students and their peers an educational and cooperative opportunity; to the board members’ knowledge, no other university has a club quite like theirs. In fact, it was this aspect that made it tough for the University sophomores to decide where to begin.

“We were nervous at first,” Patel said. “We didn’t expect a lot of people to show up because it was a new club, and we didn’t have that many ideas.”

Alshaikh first took to Facebook over the summer to publicly announce the group’s genesis for the fall semester. She pushed out the message to the entire University class of 2020.

The bulk of those interested were sophomores like Alshaikh, though their majors spanned across a multitude of various disciplines, ranging from chemistry to biology.

The executive members were even contacted by a couple of students from the theater department, who volunteered themselves to pose as cadavers for the trials.

Fernandez, in addition to fulfilling his role as treasurer, will be taking care of the makeup; his artistic knack came in handy during his former job at a haunted house.

“I know certain classes are gonna require (pre-med students) to examine a cadaver … like, a real one,” Fernandez said. “(Our club) gives them a little more experience before they deal with that or if they’re just trying to find out whether or not they like the subject.”

Quite ironically, the Mock Medical Examiners Club is teeming with life.

“I’ve learned that all of the members are really interested in their fields and want to get involved as much as they can,” Patel said. “It’s something everyone’s really passionate about, and it’s really nice to see that.”