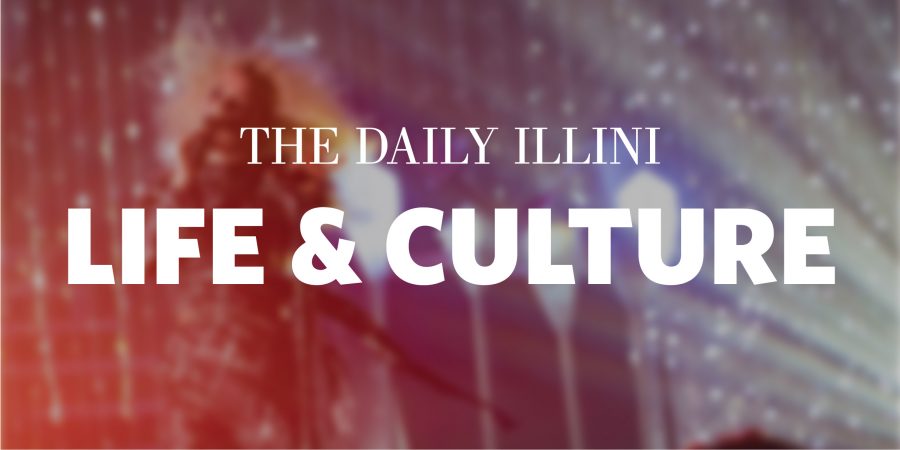 Bette, a gray kitten, was 16 weeks pregnant when she was rescued by Hospice Hearts. Bette is a kitten herself, yet gave birth to an entire litter, which all went up for adoption. Now Bette is looking for a home of her own.

Bette was up for adoption through Hospice Hearts at Wizard of Paws this past Sunday. The event took place at Curtis Orchard & Pumpkin Patch and featured several rescue cats and dogs. Crafts and snacks were also available for attendees.

Established in 2015, Hospice Hearts is an animal rescue organization that mainly focuses on foster care. People can foster animals for a six-month period or potentially adopt them. The organization is run completely by volunteers.

People could not leave with the animals at the event; however, they were able to fill out applications to potentially adopt or foster the animals.

Hospice Hearts takes in animals from all over the C-U area, but they mainly take older cats and dogs from owners who are no longer able to take care of them. They receive plenty of rescue animals as well.

Jessica Sempek, director and founder of Hospice Hearts, originally wanted to have a sanctuary for animals but later decided against it because she thought it was too close to an animal shelter. Instead, she decided the foster care of animals was a much better route and she opened Hospice Hearts.

Sempek said the foster care system is much better for animals than shelters because they get to live in an actual house and are taken care of by families. Hospice Hearts fully vaccinates the animals before giving them to families, whereas shelters don’t typically do so.

“A sanctuary is still just a shelter,” Sempek said. “For senior cats and dogs, a shelter is just not the right environment — they need to be in homes. I just think the foster home environment provides so much more enrichment.”

Hospice Hearts usually takes care of older dogs, but this particular event mainly had cats. This is because two months ago a woman made a post on Facebook saying she had 50 cats that were confiscated at a downstate hoarding situation. The woman also said that if no one responded, she would start to put these cats down; however, none of the rescue shelters were responding.

Sempek decided to step up. She originally tried to raise funds and get the animals to shelters. Very few shelters ended up helping, so Hospice Hearts took them all in. She got so many adoptions and donations that she decided to keep helping cats in the area.

Hospice Hearts has taken in three more batches of cats over the past two months. It has held several events to put the cats up for adoption or foster care, including Wizard of Paws.

Dawn Parks works with Hospice Hearts and agrees the foster care system is drastically better than taking animals to shelters.

“The animals are socialized,” Parks said about the foster care system. “They belong in a family setting. The animals are going to be so much happier and healthier. They thrive in homes.”

Aaron Graham, office manager at Curtis Orchard & Pumpkin Patch, said the orchard is a good spot for events like Wizard of Paws because of the heavy foot traffic and exposure for the cause. This is the second pet adoption Hospice Hearts had at the orchard, the first being Paws at the Patch.

“I’m a big fan personally of what they do,” Graham said. “The younger you’re aware of it, the more they will talk about it and think about it when they’re older and are maybe able to have a pet of their own. Maybe they won’t just go get the newest and tiniest, but they would consider a rescue pet.”

While the event was mainly meant to find homes for the animals, those unable to adopt could attend as well. All animal lovers were welcome and will be for future events.

“Animals never let me down,” Sempek said. “They just have that unconditional acceptance. They just have such wonderful spirit. They love, they care, they’re there for you without expecting anything. They embody all the qualities that we struggle with as humans.”