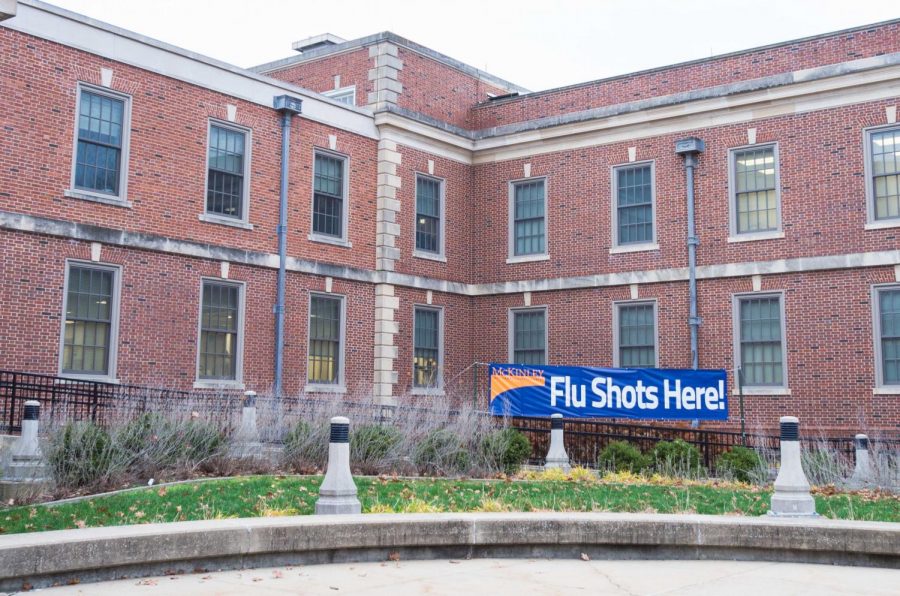 The University’s McKinley Health Center began offering flu vaccinations to students free of charge in the beginning of September 2017.

McKinley offers the shots from 10 a.m. to 4:30 p.m. Monday through Friday. State employees and retirees can also receive a flu shot for $32.

This flu season is the worst since 2009, and McKinley advises students to get the flu shot and to take additional health precautions.

McKinley is also giving handouts from the Centers for Disease Control and Prevention to educate the public on the flu. According to the CDC, a flu vaccination can not only prevent you from catching the flu, but it can also make it less severe if you do fall ill, and you will be less likely to spread the disease.

Contrary to common belief, the flu shot doesn’t contain a live flu virus; thus, it cannot cause the flu.

Additionally, the CDC warns of adverse effects of the vaccination. Common reactions include soreness and inflammation in the area where the shot was given, hoarseness, inflamed eyes, cough, fever, aches, headaches, itching and fatigue.

Adriana Montesdeoca, junior in LAS, recently recovered from a case of the flu herself.

“It only really lasted about two days. At first, it began with a sore throat. Then I woke up with body aches, headache, severe cough, sore throat and, to top it all off, the chills. It was not a fun experience,” Montesdeoca said.

Montesdeoca, who describes herself as pro-vaccine, said she never got around to getting the flu shot this year, although she usually gets it. This was her first time getting the flu.

These symptoms can typically last from one to two days. More serious problems such as Guillain-Barre Syndrome, which can cause paralysis and seizures in children, are also possibilities, although they are rare in nature.

If you experience an adverse or prolonged side effect to the vaccination, the CDC recommends going to your nearest hospital and contacting emergency services.

The CDC warns against getting the vaccination for the flu if you have life-threatening allergies or have had a severe allergic reaction after receiving a flu vaccination. It also warns that some types of flu vaccines contain a small amount of egg protein.

Additionally, it is discouraged to get the flu vaccine when you’re ill, even mildly.

The CDC also cautions that some flu vaccinations can have trace amounts of mercury-based preservative, thimerosal.

“Studies have not shown thimerosal in vaccines to be harmful, but flu vaccines that do not contain thimerosal are available,” the CDC wrote.

Marley Friedman, freshman in Education, said she got the flu shot through McKinley because it was free and she wanted to lessen her chances of getting the flu.

Friedman has never come down with the flu, and she plans on receiving the flu shot again in the future.

“I think vaccines are necessary for all children and adults in order to prevent us from catching contagious diseases,” Friedman said.

Naga Vivekanandan, sophomore in LAS, said that after her mother’s insistence, she received a flu shot from McKinley in December.

“I believe vaccines are beneficial to health,  and I don’t think it’s smart to not get your children vaccinated,” Vivekanandan said. “Those studies saying that vaccines are bad don’t have any facts to back (them) up.”