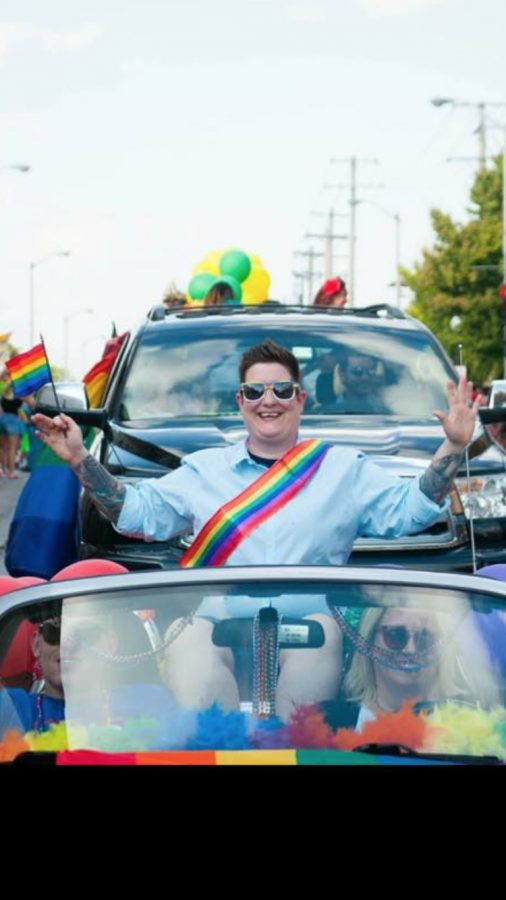 Amy Myers, manager at 51 Main venue in Champaign, has been in the drag business for 25 years as a male impersonator. Myers started as a drag king at Chester Street Bar; Myers is improving 51 Main’s drag scene after Chester Street’s closing.

Amy Myers has a raunchy sense of humor.

It’s what works when it comes to emceeing and promoting drag shows every month at local bar 51 Main in Champaign.

“I just go up there, and I freestyle. I just mess with the crowd and the audience,” Myers said. “I’m very inappropriate and vulgar and crazy.”

Myers is a party promoter and emcee for drag shows at 51 Main. She’s also been a manager for months and has 25 years of experience in nightlife. Myers even spent time working as a male impersonator.

Myers moved to Champaign when she was 18 and started working at Chester Street Bar as a bartender. She eventually was asked to join a drag house in the area called the “House of Man.”

“Back when I started in drag, your drag mother would approach you and ask you if you were interested in performing and taking her name,” Myers said. “That was a really big deal because that means your drag mom was watching you and saw your potential and talent, and she actually wanted you inside of her house. Then she helped you and mentored you and made you grow.”

Now, she said drag houses aren’t as common for performers.

In the late ’90s, Myers started the Drag King show at Chester Street, a male impersonation show. She used the stage name Aspen Mann back then. Myers said the shows were a huge success in the area.

For the 51 Main performances, she emcees all the drag shows and promotes them as well.

Her shows bring in drag queens from all over, some of whom have even been featured on the VH1 show, “RuPaul’s Drag Race.”

Her favorite part of her job is the spontaneity of it, Myers said. Because of her work, she has the opportunity to meet an array of different people.

“I finally feel like I’m living now instead of just existing while getting a paycheck,” Myers said.

Her goal is to boost the art of drag in central Illinois. Shows are mostly in big cities and are not as common in smaller towns.

Myers particularly loves the creativity and illusion drag creates. She said it provides a fun and accepting environment all people can enjoy, no matter their age or gender.

“Drag is art, drag is talent, drag is illusion,” Myers said. “It might not be everybody’s cup of tea, but we’re in central Illinois; it’s reasonably priced, it’s high energy … it’s right here.”

Myers’ No. 1 fan is her wife of six years, Elizabeth Ramirez.

Gigi Mayomae is one of the drag queens who works with Myers.

“Myers’ vibe is very positive, and she’s not a negative person at all,” Mayomae said. “She’s just trying to do something to help the community.”

Another drag queen who has worked alongside Myers is Karma.

She said Myers is a very optimistic person who is great to work with.

“After C-Street closed, she went out on her own time, without being paid or really having any form of reward or initiative … to find the 51 Main venue,” Karma said.

Myers said the March 25 show featured two people from season 10 of “RuPaul’s Drag Race.” It was a very popular show among the community.

She said what makes her shows especially great is the support it receives.

“I’m glad I can provide this. I’m glad that my vision is being met,” Myers said. “If it wasn’t for the people who support it and shared the Facebook flyers and talked about it, we wouldn’t be able to do this here. From the bottom of my heart, I thank everyone who supports.”

Myers stressed the importance of the open environment that drag creates. It allows people in the area a place where they can feel comfortable and accepted.

“It’s everyday life for me for the past 25 years,” Myers said. “This is my culture; this is my life. There’s nothing strange about it. There’s nothing taboo about it. It’s how people live and it needs to be talked about, not swept under the carpet.”