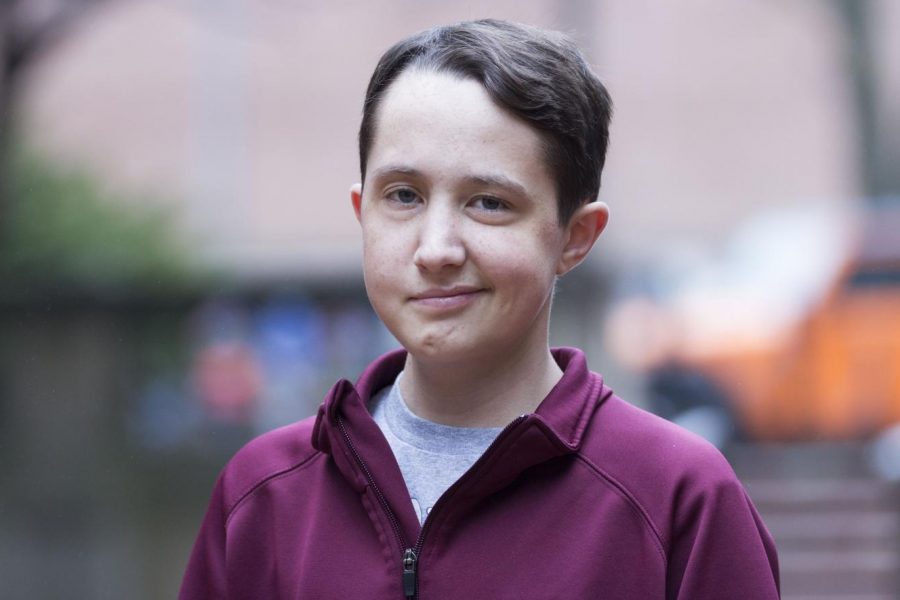 Sam Tinaglia Jr., freshman in Media, was diagnosed with cancer five times before he found out about an experimental treatment that eventually cured his illness.

To treat his cancer, Tinaglia went through chemotherapy twice and received a bone marrow transplant. Unfortunately, none of it worked, as his illness just kept coming back.

After his fifth diagnosis, Tinaglia and his family started to lose hope. But then his doctor, Dr. John Cunningham from the University of Chicago Medicine, told him that he was eligible to try a new experimental treatment called Chimeric Antigen Receptor (CAR) T-cell therapy.

“I thought, ‘Would this actually work?’” Tinaglia said. “‘Is it gonna be hard on my body?’”

This form of treatment was first discovered at University of Pennsylvania Medicine. At the time, it was only being offered in Pennsylvania. Because of this, Tinaglia had to live in Philadelphia for three months to receive this therapy treatment at Children’s Hospital of Pennsylvania.

Cunningham said that during this treatment, a T-cell is removed from the body and injected with a new protein that allows it to identify any tumor cells. It is then injected back into the body, where it proliferates and destroys the tumor cells.

Cunningham said that CAR T-cell therapy can be physically traumatic, as it causes severe inflammation that can be life-threatening. However, 95 percent of patients recover.

Tinaglia also said that the treatment was much less difficult to go through than chemotherapy or a bone marrow transplant.

This treatment is now FDA-approved and has expanded to other hospitals across the nation, including University of Chicago Medicine. It has about an 80 percent success rate among children, Cunningham said. Before the treatment, Cunningham said that Tinaglia had less than a 10 percent chance of being cured.

CAR T-cell therapy only works for patients with ALL. Similar treatments are being created for other forms of cancer as well, but this is the only one that has gained FDA approval thus far.

Tinaglia was one of the first people in the world to receive CAR T-cell therapy and was even used in advertisements for the treatment at University of Chicago Medicine.

He has been in remission for two years since receiving CAR T-cell therapy.

“I’m glad I got to do it because it was one of my last hopes … and it’s working magnificently,” Tinaglia said.

Tinaglia described his experience with cancer before the treatment as especially difficult, because it kept coming back no matter what.

But he said it was his faith and his friends and family who got him through those difficult times.

Tinaglia’s mother, Suzie, said she was shocked when she first found out about his illness, but they received a lot of support.

“When you first hear the diagnosis of cancer, it is a tremendous shock, like the rug is getting pulled out from under you,” Suzie said.

“At the time, we had another 2-year-old son, and I was pregnant, so we were juggling many things at once,” she said. “We knew we had to do everything possible to get through the road ahead, and we had so much support from friends, neighbors, our church and our community.”

However, Suzie said that she never let the diagnosis define her family and made sure that they remained positive. They took advantage of many opportunities, including traveling all over Europe and snorkeling with stingrays on Grand Cayman Island.

Suzie said she is extremely grateful that the CAR T-cell treatment was successful.

“We felt so hopeful … and so grateful that Sam was lucky enough to get a chance to be part of it,” Suzie said.

Now that Tinaglia is in remission, he said that he finally has the chance to be a normal kid without having to always focus on cancer.

“It’s made me a better person,” Tinaglia said. “I’ve learned a lot, and I wouldn’t think I’d be who I am today if I hadn’t gone through this.”