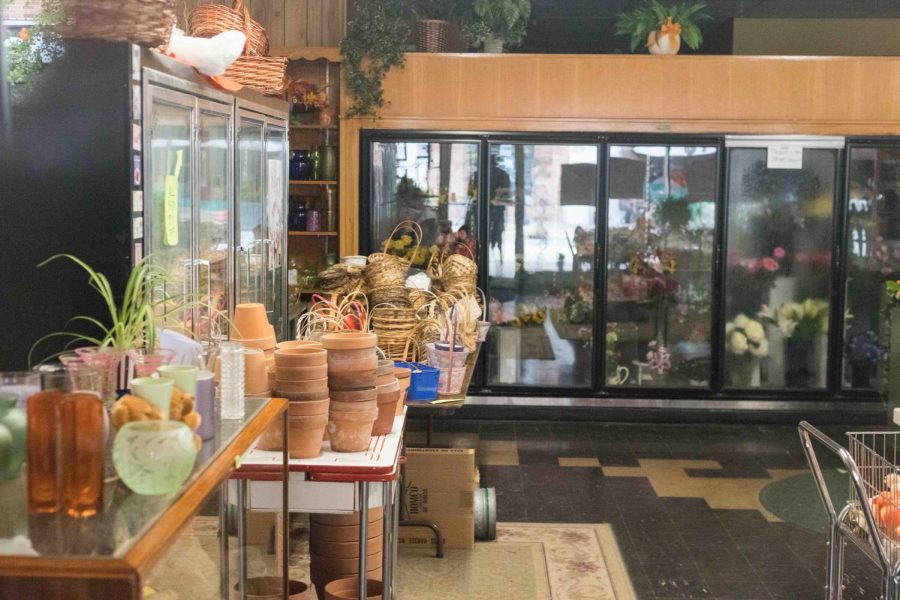 During the early days of Campus Florist, in 1941, Anne Johnston, a freshman at the University at the time and now current owner, was working in the store with her mother when one of her professors walked in.

“Where your daughter is now, that’s where my students will be 10 years from now,” Johnston recalls the professor telling her mother.

Even before enrolling as a floriculture major, Johnston had planned to open a floral business on campus. She was confident it would make her known in the community, as she had trained under her mother, Faye Petersen, and some of the finest florists in Chicago.

Since then, Johnston has established her business as a cornerstone in the commercial sector of Champaign-Urbana. It is the longest standing sole proprietorship in the county.

“But the time has come,” Johnston said. “I’ve been here 77 years. And now, I’d like to do something else. I’m tired and retired.”

Over the summer, Johnston decided that she will be closing the doors of Campus Florist in late October.

While she did not identify one specific reason for the closing, Johnston conceded that the changing landscape of Green Street factored into her decision.

Campus Florist began with a store on Wright Street, but after about six months, Johnston relocated to her current storefront to take advantage of the better traffic on Green Street with a larger retail space.

Arriving at the University as a student, Johnston wanted to be part of the campus Greek life. But this was not for the same reason as most others. While she pledged Alpha Omicron Pi, it was mainly to drum up awareness and sales for her business.

In fact, Johnston never graduated from the University. She left to cater to her business full time when Campus Florist began rising in popularity in the community.

She remembers that period of her life as a very different time and era.

“It’s not what it used to be,” she said of life on campus and how it affects business. “(It) is not a walk-in business anymore. It’s about computers now.”

Johnston credits the bulk of their sales back then coming from students who were attending dances or performances and wanted to take flowers along with them. She laments that this is no longer the case.

Today, approximately 90 percent of their sales are through online portals like Teleflora and 1-800-Flowers, in addition to other similar services as well as their own website, said Phyllis Valentine, manager and designer at Campus Florist.

She said walk-in customers peak around Valentine’s Day, but that there are not too many otherwise.

Saksham Arya, senior in Business, likes to walk into flower shops and relishes the fresh aroma, but prefers ordering online.

“It’s just so much easier and straightforward,” he said. “Instead of going to the store, I can come home to the fragrance of roses.”

Valentine also recognized their market share has been eroding for some time now due to the arrival of floral sections at grocery stores. Nonetheless, she cherishes the relationships the store has forged with some loyal customers that span over decades.

Along with Johnston, Valentine also bemoans the lack of students’ interest in flowers nowadays, especially the decline in popularity of corsages.

She felt quite differently about flowers in her youth and was drawn toward them.

“I didn’t know much about flowers, but I just liked them,” she said. “Anne took the time to teach me and I just kept at it until I was very efficient.”

Valentine has been working with Johnston for 39 years; she started as a cashier in 1979 when she was 21 years old and has gradually grown with the company.

“Anne can still travel, and I would like to take her somewhere,” she said of her plans after they close down.

Looking back on her memories at the store, Johnston smiles and feels overwhelmed. It was where she first met her husband, Seely Johnston.

But Campus Florist has also had to endure some hardship. The store has survived two fires, student protesters smashing its windows and a burglary that left her severely injured

In 1997, a man broke into the store, violently assaulted Johnston and then stole cash from the register as well as her personal belongings. She was later found by her husband and rushed to the hospital, where she was in a coma for over a week, fighting for her life.

Johnston recovered, after months of rehabilitation.

“This (is) just part of what keeps it going,” Johnston said. “You just don’t give up.”

After facing such circumstances, Johnston cited that the people, her customers, are what have kept her thriving for 77 years.

Johnston, who enjoys catching up with old faces, spoke of close friends from Thailand and many former employees who have come back to visit her since she announced the store’s closing. She also fondly remembers many of her employees, which she estimates as having likely been over 1,000, as they often hire seasonally.

Campus Florist, which now houses a larger staff than when Johnston used to manage the store herself, still serves as home for Johnston, as she comes in every day from open to close and takes care of all of the store’s bookkeeping.

In recognition of her work in the community, Johnston will be honored as a resident of the City of Champaign by Mayor Deborah Feinen at her store on Oct. 2.

Campus Florist will discontinue selling flowers at the end of September, only selling vases and fixtures until they close permanently.

“And that will be au revoir, goodbye. The end of an era,” Johnston said.