Jim James headlines Get Out The Vote concert at Canopy Club 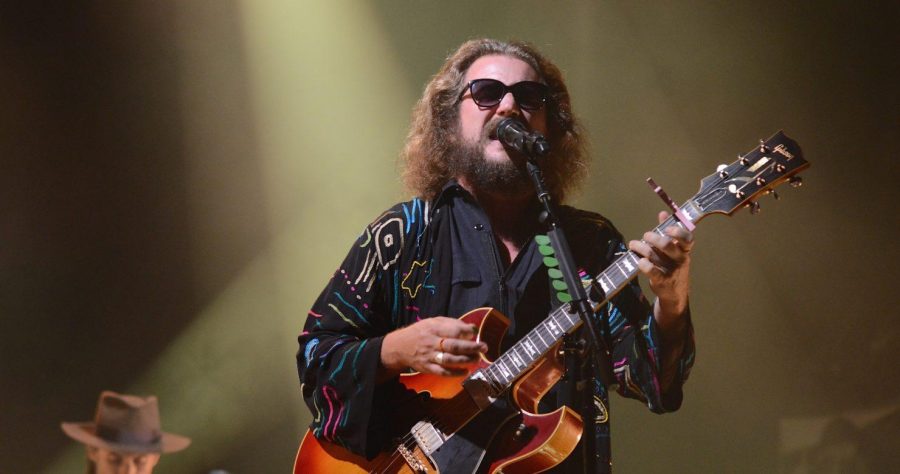 With less than a month until the 2018 midterm elections, candidates and both partisan and nonpartisan RSOs continue to encourage students to register to vote.

Jim James, the lead singer of the rock band My Morning Jacket, is headlining “The Future is Voting Tour,” coming to the Canopy Club on Wednesday, October 17th, with doors opening at 6 p.m. and the show beginning at 8 p.m.

Tickets are free for students with their i-card and tickets are $15 for the public.

A hybrid between a Get Out The Vote concert and a town hall meeting, James will be joined by musician Benjamin Booker and several local, state and federal candidates from Champaign County for a night of political discussion through music.

HeadCount is organizing this event. HeadCount is a nonpartisan, nonprofit organization which partners with musicians and music festivals across the country to mobilize young people to vote.  Just this past year, they had volunteers registering voters on the Beyonce and Jay-Z tour.

Founder of HeadCount, Andy Bernstein, estimates the organization will register voters at over 1,500 live music events this year.

James approached Bernstein earlier this year and expressed his interest in talking to university students about the importance of voting.

“The genesis of (this event) is Jim James of My Morning Jacket really wants to do whatever he can to have a positive impact,” Bernstein said.

At the Summer Camp Music Festival in Chillicothe, Illinois, HeadCount also connects voters with causes they may be passionate about.

“We not only bring out voter registration,” Bernstein said. “But we also bring out organizations so people are more in touch with the activist side of themselves.”

“The Future is Voting Tour” aims to connect voters with candidates. HeadCount invited Champaign County candidates from all parties at all levels to participate.

Urbana is the last leg of the six-show tour, which takes place in swing electoral district college towns. James had also performed in towns such as Austin, Texas, and Milwaukee, Wisconsin.

Students can choose to register to vote in Champaign County or send in absentee ballots to their home counties. Mary Maloney, sophomore in Media, thought long and hard about where to vote and ultimately decided to register in Champaign.

“Well, I feel like my hometown has very similar beliefs and values and would likely vote similar to how I would,” said Maloney. “And I feel I would like my vote to make a difference if I can, so I decided to do it in a place that’s not similar to my hometown.”

Illini Democrats political director Nathan Poulosky, junior in LAS, has been part of the group’s Get Out The Vote initiatives across campus in preparation for the elections. He stresses the need for a continued presence to remind students to register.

“Students are busy,” he said. “A lot of students’ first thoughts when they get to campus isn’t immediately ‘Oh, I need to change my voting address.’”

Poulosky said they have been most successful registering students outside of dining halls or in the lobbies of residence halls. Many of these students are first-time voters, including Maloney.

“It is honestly kind of exciting to actually get to be involved in what’s going on around me and not just have to sit back and watch it happen and feel like I had no say in what was going on,” Maloney said.

Bernstein hopes the concert will serve as a platform to build a HeadCount volunteer team on campus. He also hopes this concert will inform and empower young voters about candidates and issues which are important to them.

“I think it’s really important people have the opportunity to hear from candidates before they vote,” he said. “And an informed voter is a much more empowered voter. And it’s more fun. It’s a way to reach people who otherwise might not come to a town hall meeting on their own and a great way to accomplish that is through great music.”

The Illini Republicans did not respond to inquiry regarding their Get Out The Vote efforts in preparation for midterm elections.