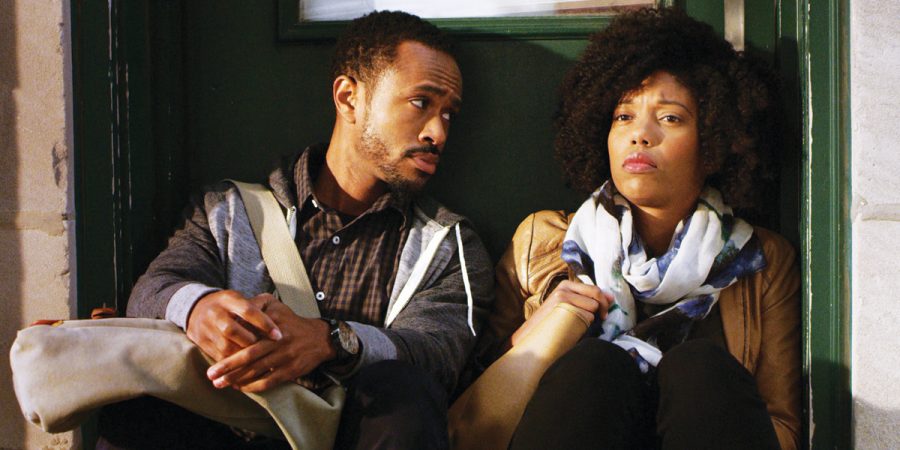 ve grown up on the East Coast — a Washington D.C. native — but her home and her artistry are distinctly Midwestern.

Chinn wrote and starred in “Olympia,” the story of a Chicago illustrator approaching 30 and grappling with familial death and relocation.

The film, which held its Chicago premiere this week at the Chicago International Film Festival, is the latest in the forced adulthood genre.

HBO’s trifecta of “Looking, Girls and Insecure,” Jessica Williams’ “The Incredible Jessica James” and Jenny Slate’s “Obvious Child” all explore millennial crisis on the coasts. There are few notable Midwestern 20-something existentialists — save for Kumail Nanjiani in “The Big Sick.”

“We can decentralize where we place our important narratives. Our stories are happening everywhere,” Chinn said.

“Olympia” is directed by Gregory Dixon, a fellow Chicago transplant who met Chinn at DePaul University as Master of Fine Arts students. “Olympia” is Dixon’s final thesis for his directing MFA, which gave the duo access to the City of Chicago’s student media permits. In the film, Olympia and her best friend, Jemma, stroll along the iconic Chicago Riverwalk, a nod to director Richard Linklater’s walk-and-talks in “Before Sunrise.”

“I used to have a day job downtown and, every once in a while, I would take my lunch break and walk along the riverwalk,” Chinn said. “It just felt very true to what Olympia’s life was and to what life is when you’re working whatever job downtown.”

“Olympia” operated on a low budget but didn’t resort to guerrilla shooting on iPhones or without city approval. Chinn wanted to prove onscreen and off that Chicago artists can follow the rules to success in a city stereotyped as violent and crooked.

“In the same way as a black person, when we see ourselves reflected in media we get stereotyped into stories that involve racial trauma or violence or positions of servitude,” she said. “While that’s part of our history as Americans, it’s not our whole story.”

The film imbues airy effervescence, the cinematic equivalent to the few summertime weeks where Chicago is alive. Dixon added animated drawings over live footage as a visual marker of Olympia’s thoughts and drone shots of the bright cityscape to make Chicago its own character.

“We wanted to show the iconic side of Chicago that we would miss if we weren’t here,” Dixon said.

Leaving Chicago to pursue their art careers is a constant battle for the duo, who are touring the country’s film festival circuit. They held their world premiere at last month’s LA Film Festival in Hollywood where film and celebrities go hand-in-hand.

Chinn adds, “We don’t have that. It felt like a deep honor and very validating to be invited to be on that same level.”

Whether or not the duo ever leaves their Midwestern stomping grounds, they’re glad to be showcasing the strength of Chicago and its film scene through
“Olympia.”