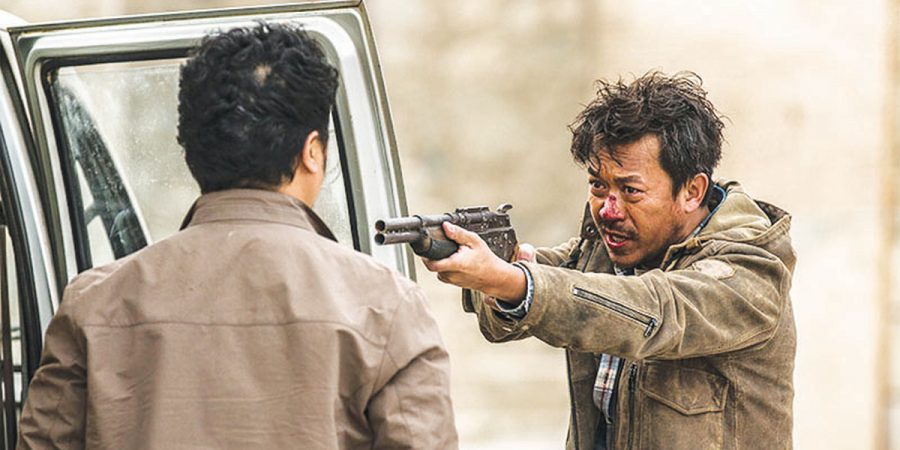 This is what us three University students walked into, alongside hundreds of other moviegoers, Saturday morning in downtown Chicago.

Held annually during the month of October, the Chicago International Film Festival offers something of value to adventurous film lovers, wherever they’re from, wherever they’re going. We filed the following reports as the 2018-19 College of Media Roger Ebert Fellows in Arts Criticism.

We spent an afternoon and evening at the Chicago AMC River East 21 multiplex, near Navy Pier. (This year’s festival concluded over the weekend.) Some of the films we saw will screen at a theater near you in a few weeks or a couple of months. Most of the titles hailed from outside of the U.S. and many films are still seeking theatrical distribution.

Many of these films are worth your time, if or when they become available online or in theaters.

In a matter of hours, a film festival can transport you from the Belgian Congo, to China and then to the Icelandic countryside. That was the route I took Saturday at the Chicago International Film Festival.

The Gobi Desert is not pretty, and as filmmaker Tang Gaopeng said Saturday night, he did not want to portray it that way. In Gaopeng’s directorial debut, “The Road Not Taken”, western China is depicted as a dry, gray place where one would struggle getting through the day.

This story of survival among society’s outsiders takes place in modern times and won top honors at the Shanghai Film Festival in June. This film may hold particular interest to the student population since, according to the Division of Management Information, approximately 5,800 Chinese students currently attend the University.

Gaopeng said the movie was originally called “Loser’s Harmony” and it centers around an ostrich farmer caring for a kidnapped boy entrusted to him by a mobster who loaned him money. The unlikely pair cruise around the desolate region and impact the lives of those they meet along the way.

The audience grows attached to, and gains sympathy for, almost all characters involved. However, as Gaopeng said, there are no heroes here — as opposed to a typical Hollywood western which features a righteous, usually male, main character.

“It’s more like a stage in life where you have to get lost a little bit,” Gaopeng said through an interpreter in an interview after the screening.

A stark contrast to the face of the Gobi included the lush Icelandic countryside which served as the setting for “Woman at War”, written and directed by Benedikt Erlingsson.

The film follows Halla, a choir teacher with a secret identity as a vigilante attempting to save her country (and the world) from the pollution caused by mass industrialization. The subject matter seems heavy at first, but the presence of an Icelandic oompah band and three Ukrainian vocalists lightens the mood.

The film’s color palette consists of many earthy, yet bright, hues of green and blue. The beautiful landscapes remind the audience why Halla is fighting so hard for her principles.

After multiple, exhausting runs from the helicopters and drones tracking her eco-terrorist activities, the repeated view of Halla laying face down in the grass and surrendering herself to the earth foreshadows a different kind of surrender later in the story.

I had more trouble surrendering to “This Magnificent Cake!” If you never thought you’d see the brutal conquest of colonial Africa depicted in soft fabrics and stop-motion animation, think again.

The hour long peculiarity comes from directors Emma De Swaef and Marc James Roels. The film played earlier this year at the Cannes Film Festival. It attempts to put a comic twist on the cruelties of European imperialism. Some of the jokes felt cold rather than humorous. I didn’t expect so much urine and vomit in an animated feature. In this case, the surrealism in the film made it harder to connect with the points made.

“This Magnificent Cake!” began the day I visited the festival. The Saturday schedule also included a tribute to Oscar-nominated costume designer Ruth Carter. With films like “Amistad”, “Selma” and “Black Panther” under her belt, it is easy to see why she received the tribute.

During a live conversation moderated by actress Regina Taylor, she remained humble and genuine when telling the story of how she happened upon the career of costume design and her experiences thus far.

“I love the statement that she’s made as a whole in terms of her 30-plus years in this business,” Taylor said. “She has redefined (and) continues to shape images of African Americans and black people all over this world.”

Carter revealed to audience members her fascination with stories of black people’s progression in the American south. She shared candid anecdotes of her meeting and work with Spike Lee, who she describes as “an interesting cat.”

The costume designer believes there are larger forces at work helping her tell many stories with the designs and vision.

“I think that we are all predestined,” Carter said. “And this has been my destiny.”