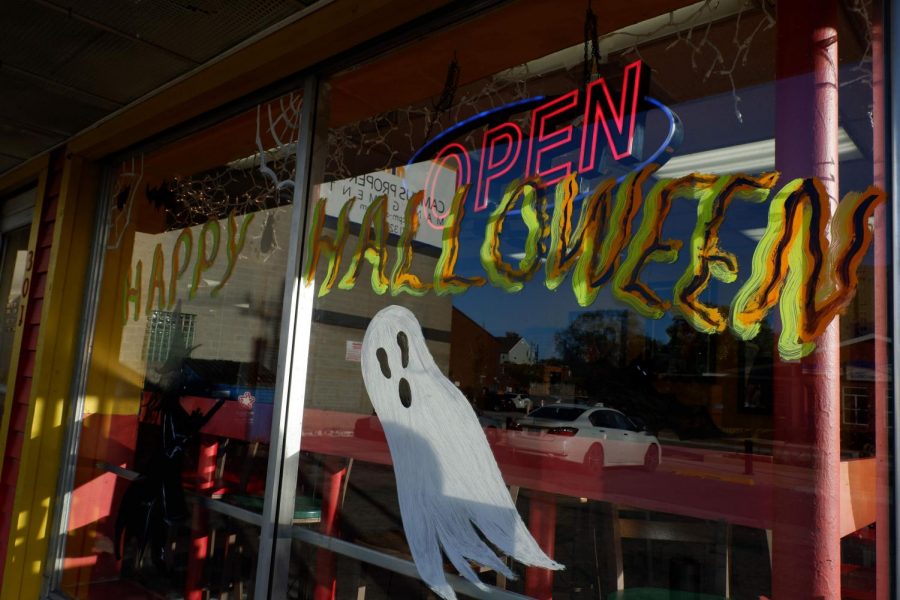 Wingin Out, located on Green Street, is a popular late-night destination for students at the University. Employees have experienced numerous instances of students who come to the establishment after a night out.

It’s almost closing time at the Red Lion and after several hours of fun with friends, the atmosphere is winding down. The brightened lights signal it’s time to move on to the next part of the night: late-night fast food bingeing.

For employees of these beloved greasy joints, the typically drunk customers’ actions make for a myriad of interesting stories.

Abdul Ali is the manager of Wingin Out. He enjoys his job because of the exciting atmosphere that comes with the bar culture at the University.

Often he will play music and take song requests from students who want to do karaoke in his restaurant and dance with their friends.

He said there are always wild stories the moment people from the bars start coming in.

“The craziest drunk story we had (was when) our bathroom was out of order, and someone got the key from us and passed out for the whole night in our bathroom,” Ali said. “We found him the next day and it was nuts. We called the cops, and I think that was the craziest thing I have ever experienced.”

According to Ali, often things can get out of hand at the late hours of night. He has broken up many fights in his restaurant and has dealt with plenty of unhappy customers.

“Yes, people (get rude). With the alcohol, they get the attitude. You know people don’t want to wait after five minutes. They think it’s been an hour,” Ali said. “We work so hard on the food and unless they want it cold and inedible, they need to wait. That is the main thing people are rude about.”

Nico Perez-Jandrich is an employee at Insomnia Cookies and first encountered a crazy work experience when he was applying.

“I saw a girl being carried by four guys,” Perez-Jandrich said. “One on each limb. And they must have been pretty drunk too, because, like, she was walking like a hammock, just wildly. So naturally, she just started to puke here in the corner of the store. They put her on the bench in front of our counter and just kind of were like ‘OK, moving on now’ and just left her puking right there.”

From then on, Perez-Jandrich said he had a feeling it was going to be a fun job.

Perez-Jandrich has learned to laugh at the chaos which enters Insomnia Cookies at 1 a.m. and not to take ignorant comments and actions of drunk college kids personally.

“This one girl wanted a cigarette really bad; and another employee named Otis was digging around to find her one,” Perez-Jandrich said. “She cuts back in front of the line once she gets it and so he gives her a lighter. And lights it right in our store and takes a drag and blows it in my face saying ‘thank you.’ College kids seem to get drunk first then get their food, when it should really be switched around.”

Green Street and its surrounding area have it all: fried mozzarella sticks from Fat Sandwich, gooey double chocolate chunk cookies from Insomnia Cookies or spicy buffalo wings from Wingin Out. Grabbing late-night food is not simply for the sake of eating; it’s part of the culture.

Dickson attempts to live a healthy lifestyle, but when Monday night rolls around, it’s suddenly 3 a.m. and she and her girlfriends find it nearly impossible to resist the temptations of late-night food.

“Even if I am up at three in the morning doing homework, I have this intense craving for junk food and can’t concentrate without it,” Dickson said.

Since coming to school, Dickson blames University culture for her shift in eating habits. She said she was never like this at home, and for the most part would go to bed early on weekdays.

“Part of what makes it so hard to resist is the easy access to all these late-night fast food joints. And even if I am too lazy to get out of my bed, there is always GrubHub calling my name,” Dickson said. “I also never stay up as late as I do now that I am in college, and my cravings hit me past midnight.”