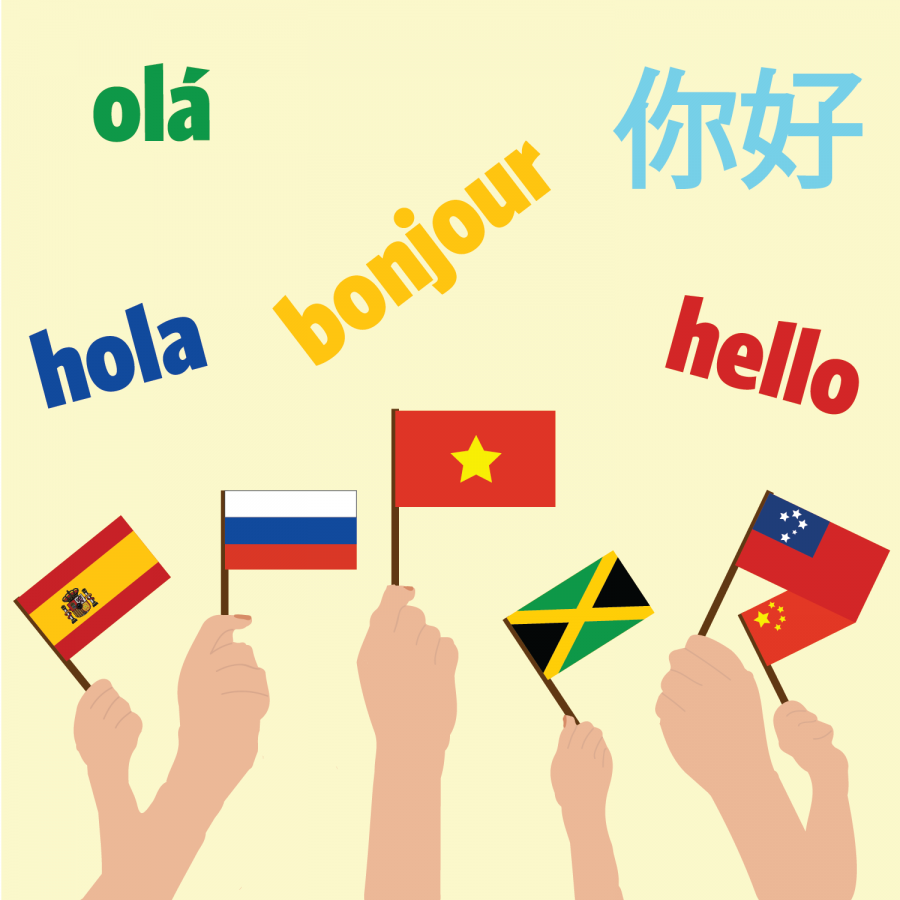 Many faculty members and students come from all over the world to participate in research at the Second Language and Bilingualism Lab (SLAB) — their interests in second language acquisition sparked from their own personal experiences with language learning.

The SLAB was founded in spring 2007 with the joint effort of the Department of Linguistics, Department of Spanish and Portuguese, College of LAS and the School of Literatures, Cultures, and Linguistics.

The lab consists of over 10 faculty members and many graduate students who conduct psycholinguistic research in order to better understand how people acquire language. Although much of the research is theoretical, the results from the language acquisition studies have the potential for future application in the classroom environment.

Professor Silvina Montrul currently serves as the lab director. She is originally from Argentina and studied English as a second language when she was an undergraduate. She decided to come to the U.S. to pursue a master’s in English and then traveled to Canada to complete a Ph.D. in Linguistics.

“Even though my interests in language started from the language teaching perspective, I became interested in the process of language acquisition which is what our research is more about,” Montrul said.

Although Montrul primarily works with Spanish in the lab, she also works with other languages such as Hindi, Brazilian Portuguese, Arabic, Turkish, Korean and more.

“Our students come from different language backgrounds, and it’s common to have them focus on their own language,” Montrul said. “We need to study properties of different languages to gain a full understanding of language.”

Montrul has done intensive research in many areas of language acquisition, and one of the main areas she’s focusing on is heritage speakers.

Heritage speakers grow up speaking a non-majority language at home, and Montrul’s research is trying to understand how language is represented in one’s mind, the properties of language and how different parts of language are acquired in different ways. A heritage language may be seen as a second language in some areas and a native language in other areas of one’s brain.

Research on language acquisition is critical for creating new ways to teach people in the classroom how to learn a second language effectively. With technology constantly evolving, it inevitably plays an integral role in how people learn a language, with its utility being used as a learning and research tool.

Anna Tsiola, Ph.D. student in the Department of Linguistics, has been conducting research at SLAB. Originally from Greece, she worked as an English teacher in Hong Kong and Singapore for three years before coming to campus. Her research focuses on how different types of input in the environment are affecting language processing.

Tsiola explored second language learning in a more technologically rich environment, with integrating various media such as images and video.

“Some people can learn language by themselves mostly by playing video games or through online communities, so I want to see how people can learn psycholinguistic information from a more rich environment, outside of class,” Tsiola said. “If you think about 40 years ago, people learn language with two hours of instruction a week in a classroom and that was it. With the mere existence of the internet, people can get exposures to different languages easily.”

Tsiola hopes that the results of her research in how the use of a media-rich environment can affect language learning could be used for classroom application in the future.

One technologically advanced project that was being done at SLAB was using virtual reality as a tool for learning and for research. However, due to the resignation of the professor who led the project, it has not been able to get off the ground yet.

The idea behind the project was to develop a comprehensive and immersive environment for students to learn. Lab members from the departments of computer science, linguistics and Spanish were able to combine their knowledge to get to the stage of prototyping a preliminary activity for language learners.

“The ambitious plan was to use virtual reality as a learning and research tool. We are studying language comprehension in the lab, so we can look at it in a more immersive environment,” Montrul said. The project still has hopes to get picked up in the future once the right team members with the appropriate technological backgrounds are on board.

The use of technology has heightened the possibilities of language acquisition research and can certainly play an integral part in language learning in the classroom.

Professor Tania Ionin is another one of the faculty members at SLAB who has been the principal investigator for many different projects.

Ionin is a second language learner herself, with her first language being Russian. As an undergrad, she began to do research in the field of linguistics. Continuing her interest in the structure of language and how people learn language, she went on to MIT for her Ph.D. to further her research in language acquisition.

English articles are one of Ionin’s primary research areas. It is one of the most challenging areas of English to acquire for learners who don’t have articles in their native languages, such as Korean and Mandarin.

“My research is theoretical in nature,” Ionin said. “Of course for any research in second language acquisition, we hope that eventually, it will make its way to application. My research is trying to explain what learners know or don’t know about English articles, and I would hope that those findings can feed into classroom research,”

Although it is not the case that every theoretical study has a direct, practical application, when looking at all of the massive studies that are being done in a holistic manner, the theoretical understanding of second language acquisition should eventually lead to classroom applications.

However, one of the most important things to keep in mind when trying to gain a high fluency in a language is to actually apply what you are learning in the classroom to real life conversation and to physically immerse yourself in the language.

“Language can only be learned by talking to another human being. You cannot learn everything about language from technology. It helps, but it’s not everything,” Montrul said. “If you want a high level of proficiency of a language, understand why you get stuck on a certain level and can’t move forward, and what factors are impeding your development.”

Ionin gives similar advice when trying to gain proficiency in another language. “If there’s one thing we know about language, it’s that actually living in a place where the language is spoken, interacting with it and being immersed in it is probably going to be more helpful than solely studying it in a classroom,” Ionin said.