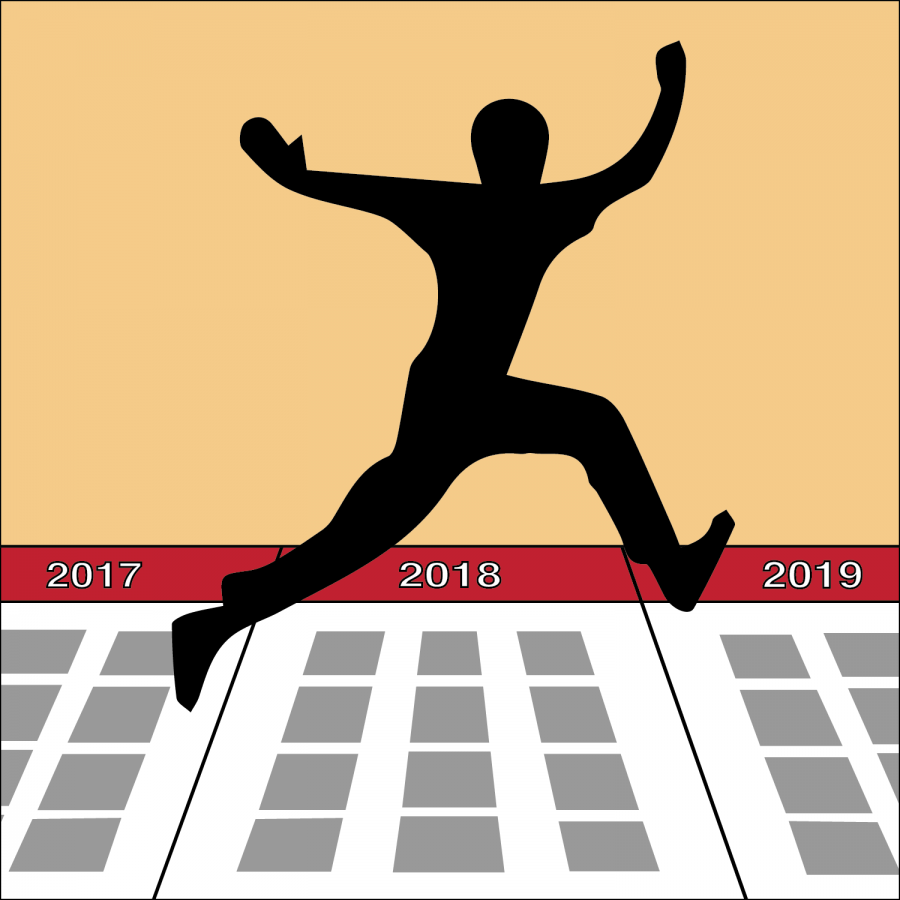 Rather than going straight to college, some students are opting to take a year off to work and gain new experiences before applying to a university.

He spent the first half of his gap year in Los Angeles and worked for his uncle’s clothing company johnnie-O.

“I managed their College Wingmen Program which is their brand ambassador program,” O’Donnell said. “There were 70 wingmen across 60 campuses. I sent out weekly emails, managed their finances and sent out gear if they needed it.”

O’Donnell spent the second half of his gap year in New York, where he had the opportunity to intern for ABC on their morning television shows.

He said that he met celebrities, including Neil Patrick Harris.

O’Donnell applied to the University in 2016, and was accepted into Business before deciding to defer enrollment.

The University allows newly admitted students to defer enrollment for up to one year by submitting a short essay explaining what they plan on doing with their time.

“My mindset was always that if college is as good as people say it is, then why not wait? It’s not going anywhere,” O’Donnell said. “Easily best decision of my life I’ve made thus far.”

Jonah Miller, freshman in LAS, spent his gap year traveling abroad through the the Council on International Educational Exchange (CIEE) which specializes in abroad trips for students.

He opted instead to go abroad and participate in a global internship in Toronto.

“I chose Toronto because I wanted something of an easier transition and the city is a lot like the United States,” Miller said.

Miller ended up working as a production assistant for a production company. He worked on a reality television show the company was producing and learned many technical skills, one being how to set up the cameras and lights.

After three and a half months, Miller came home for a few weeks before leaving for another internship in Berlin at a startup company.

“In the startup world, they want young, fresh talent ready to work,” Miller said. “It was a really young startup, and everything was moving crazy fast. I was right in the mix of things, which was really new for me.”

He said his gap year experience was about trying something new and seeing what other careers are out there.

“I think the experience showed me that I’m not as set on trying to land some crazy competitive job in the banking world and that the startup world is so much more appealing than I knew,” Miller said. “It opened and added possible career options and made me less nervous about what I wanted to do.”

After his internship in Berlin, Miller stayed and spent the next month traveling Europe.

“I know that if I had not lived in Berlin, there is no way to have the confidence to do that,” Miller said. “I think that’s really important because it added more options for my career. I don’t need to stay in Chicago or the U.S.”

Karis Crook, junior in LAS, took a gap year for financial reasons after earning her associate degree in psychology from Parkland College.

Crook spent the year working full-time as a maid.

“I didn’t mind so much the cleaning, but it motivated me to make sure I go back to school,” Crook said. “A lot of the people who go into that profession don’t go very far in their education.”

Crook moved out of her parents’ home at age eighteen and worked to pay her own bills, including her tuition at Parkland.

Crook said that not many people outside of her parents believed she’d ever return to school.

“I think (my parents) saw me having that real motivation for my education,” Crook said. “There isn’t much you can do with an associate in psychology besides transfer. I knew that if I didn’t go back that was basically wasted time and wasted money.”

Crook said her year off gave her the motivation she needed to finish what she started.

“I already knew that college and education was important to me, but I especially learned that if I left, this is where I’ll be,” Crook said. “If I left, dropped out, decided it was too hard or if I decide I don’t like classes anymore, this is where I’ll be. This would be my life as a minimum wage domestic worker, and that’s just not where I want to be in my life.”

Crook plans on continuing her education by going on to graduate school for psychology.

“I think about … how women in other countries don’t have these opportunities to even get to college, let alone graduate or think about graduate school,” Crook said. “I try to make sure that even though I don’t come from money, I appreciate my education as a woman.”