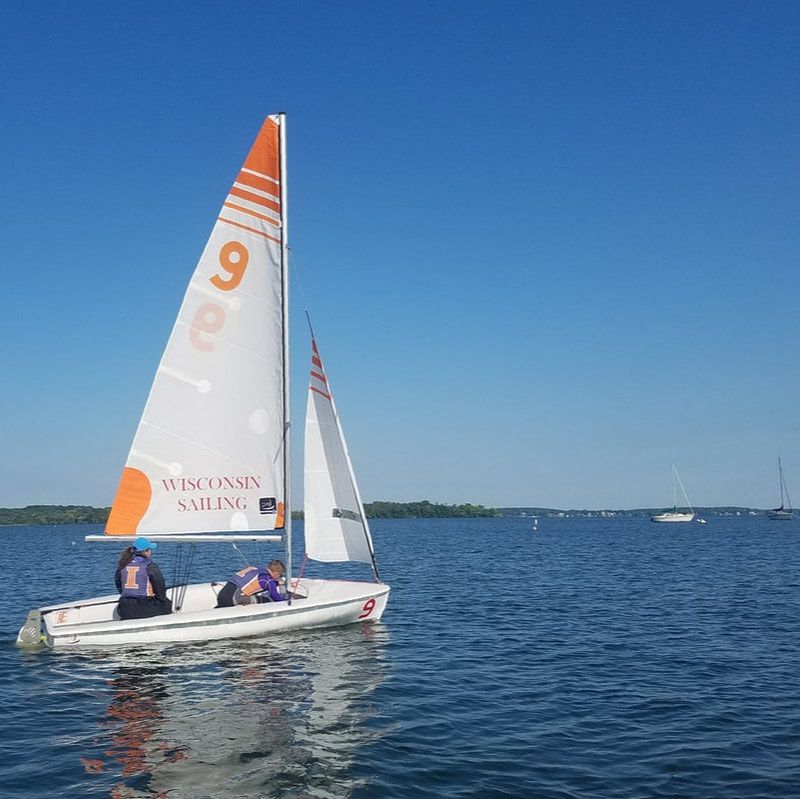 Photo courtesy of The University of Illinois Sailing Club

The Illinois Sailing Team take out its sailboat out on the water. The team participates in sailing races throughout the year, but the members can also sail for personal enjoyment

Students have a chance to sail on open water with life vests on and all hands on deck through the University Sailing Team.

As part of the Midwest Collegiate Sailing Association, the team competes in approximately four to five regattas, or sailing races, per semester against other regional universities. Each race has two fleets per team.

Jacob Dannhausen-Brun, junior in Engineering, has been sailing competitively since high school, even running the school’s sailing team, and the fact that there was a sailing club on campus was one of the draws to the University for him. Now, he serves as the commodore of the sailing team and thoroughly enjoys the experience.

No experience is required to join; people at any skill level are invited to sail both competitively and recreationally.

Grace Rigney, junior in Media, joined the team this past fall after hearing about the club through her roommate. As the public relations chair, she tries to reach as many students as possible by promoting upcoming events across the club’s Facebook and Instagram pages, as well as a new website.

While many members sail competitively, Rigney has been sailing for fun since childhood and continues to pursue it recreationally.

“I’m not a very competitive person in general,” she said, “So, I just like sailing for fun and a lot of the times when other people go to regattas, I’ll just like stay back and go to Decatur and sail around for an afternoon because it’s enjoyable.”

Because of sailing, Rigney has found a like-minded group of people she genuinely enjoys spending time with at the University.

“I just really like getting to spend time with a bunch of other people who are as into the same obscure sport that I am,” she said. “I don’t know, finding a group of people who really really like sailing and like want to go do it all the time is very cool.”

“I’ve gone to a couple regattas and I’ve had a lot of fun competing, but I’m really in it just for having a good time on and off the water,” Aaron said.

For those who join the team for competition, the time commitment can be substantial. Though the team does not race between November and March, practices at the Commodore Decatur Yacht Club during the season can require many hours. Depending on the time of year, the team could meet up to three times per week to practice if a competition is approaching.

“Our limiting factor is we live so far away from the lake that we sail on that it’s kind of hard to go out because it’s 40 minutes there, then you have to set up there. You have to gear up, get on the boats, and by the time we’re coming back it’s three or four hours later,” said Jacob Turenne, senior in Media and team member.

Turenne previously served as the commodore for three years, ending his term last semester. The time commitment he talks about, however, does pay off.

Winning the regatta competitions not only increases the club’s success but also helps to foster camaraderie among the members, strengthening their love of sailing.

“What really sold me into the club was I went on my first regatta at the University of Iowa — it’s called the Davis Cup, it happens each fall — and I completely fell in love with the sport, and just being able to travel, sail all day, hang out with your teammates at night,” Turenne said.

Whether students have no experience sailing or years of it, the members of the University’s sailing team highly encourages people to try their hand at the sport.