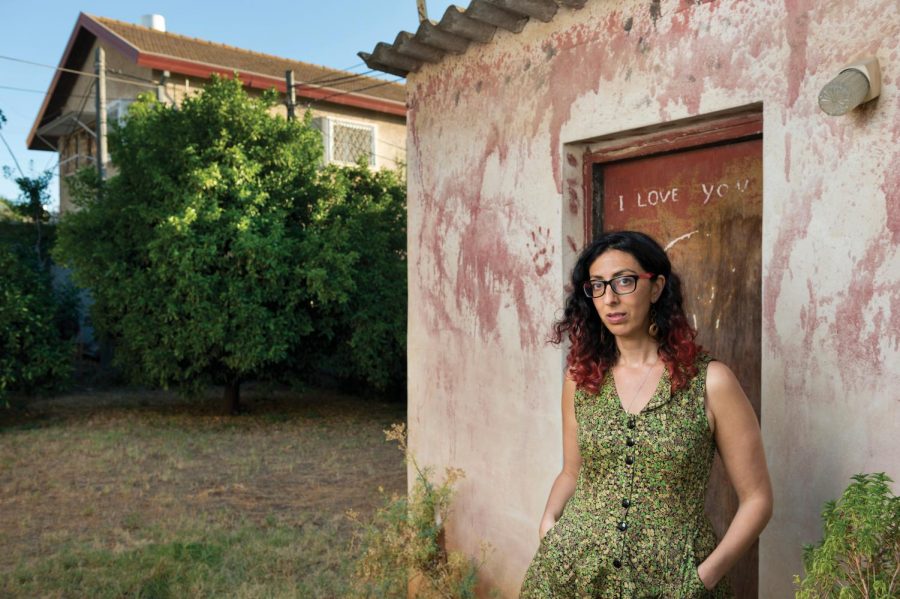 Author Ayelet Tsabari will come to the Lucy Ellis Lounge Feb. 25 as a part of the "21st Century Jewish Writing and the World" series. Tsabari tells stories of Jewish people who are not usually portrayed in American media.

For many University students, living on campus is their first taste of independence. In her autobiography “The Art of Leaving,” author Ayelet Tsabari chronicles her personal journey of leaving home and self-discovery.

Tsabari offers a unique perspective because of her complex cultural identity. She was raised in Israel, but her family is originally from Yemen. She said this complication in her heritage made her feel different from the Jewish people in her community.

Tsabari is also part of the Mizrahi community, which is a general term for Jews from North Africa and the Middle East. She is speaking for a marginalized group of people.

“The Art of Leaving” opens with the death of Tsabari’s father. She was only 9 years old when he passed, and she said the loss shook her to the core. A grief-stricken Tsabari then left Israel and began to search for her identity.

Tsabari lived nomadically. She called her bank account “The Wandering Jew Fund” after the mythical Jew cursed to roam the world. She was also nicknamed “The Turtle” after her practice of living with her personal belongings on her back as she explored the world. She searched for her home.

On Monday in the Lucy Ellis Lounge, Tsabari will bring her story to the University as part of the “21st Century Jewish Writing and the World” series. She is scheduled to begin with a reading from her published works. She will then have a conversation with professor Brett Kaplan, head coordinator of the event.

Kaplan believes students can learn from Tsabari about writing their own stories.

“Though students may be too young to have enough experiences to fill an entire book, they’ve certainly had their share of experience,” Kaplan said. “Sharing a personal story can be very powerful.”

Kaplan’s favorite short in Tsabari’s published collection of short stories, “The Best Place on Earth,” is titled “Tikun.” In the short story, two ex-lovers meet in a cafe and reminisce against the backdrop of an impending bombing.

This concept of ordinary characters placed in extraordinary situations is a recurring one in her work. By doing this, she allows readers to empathize with a subset of people with whom they may not be familiar.

Professor Dara Goldman, another organizer of the event, believes students can gain an understanding of cultural perspective often underrepresented by the media.

Jewish people typically represented in entertainment media are white, upper-class and English speaking. Tsabari instead tells stories of a subset of Jewish people not usually seen by Americans.

“Students can learn about the multicultural and trans-cultural complexity of Israel,” Goldman said. “Her writing provides such vivid scenes and characters that the reader is compellingly brought into these communities.”

In a short story from The Best Place on Earth, Tsabari tells the story of a young Israeli boy who is headed to his town’s grocery store when air raid sirens sound. He immediately has to scramble for survival. This story stood out to Goldman as one with which students can connect.

“Tsabari’s stories provide an intersection between mundane experiences and cataclysmic events. It allows readers to relate to her stories,” she said.

In the future, the author plans to turn her talents to research the experience of Yemeni women. As recently reported by The New York Times, there was a period during the 1950s in Israel when the government abducted children from mostly Yemeni women and gave them to childless Ashkenazi families.

Tsabari was already familiar with the practice, as her uncle’s wife was nearly kidnapped during this time by hospital officials. Though the direction of her research is unclear, she wants to give a voice to the silenced Yemeni women affected by similar tragedies.

As she is planning to present some of her ideas for future research, students have the chance to learn about Yemeni women and immigrants from Israel.

Tsabari is the third visiting author of a four-part series. Beginning the series was author Ruby Namdar, winner of the Sapir Award, Israel’s most prestigious literary award. David Bezmozgis, whose works have been made into feature films, followed. After Ayelet Tsabari, Nicole Krauss will speak on April 9 at 5 p.m. in the Knight Auditorium at the Spurlock Museum. All events are free of charge and open to the public.

“This has the potential to be an eye-opening experience for many students,” Kaplan said. “(Tsabari is) an incredible woman with a unique story to tell.”