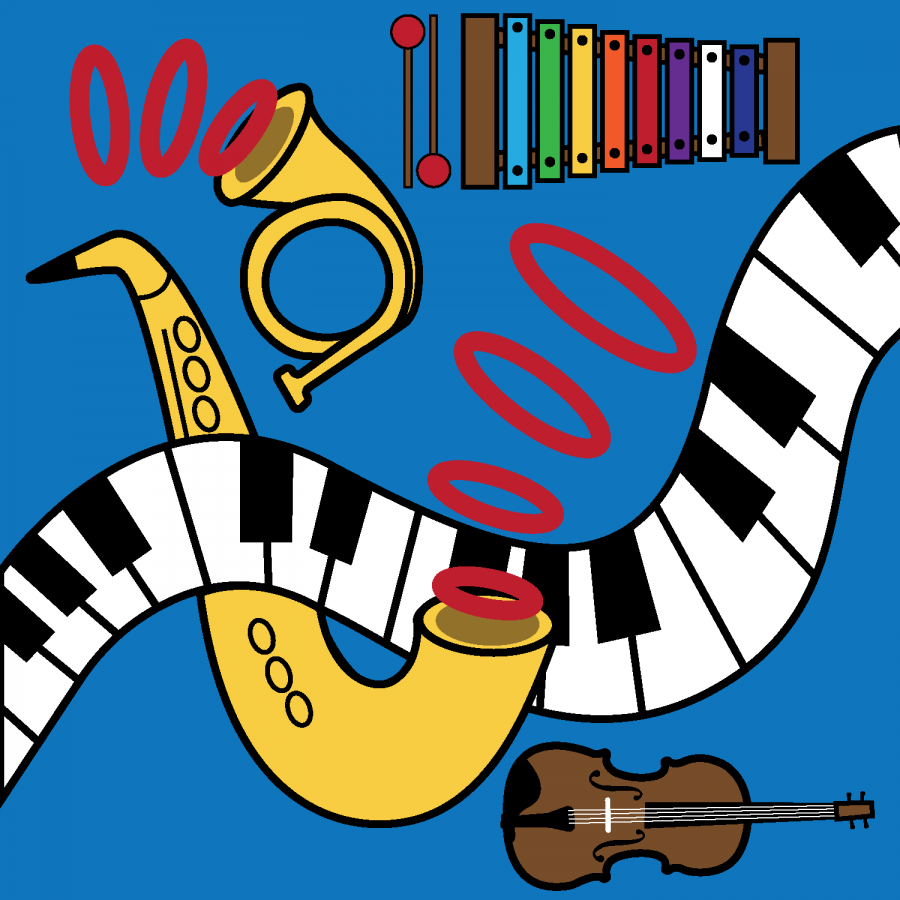 The music radiates from the strings of the instruments, the musicians’ bows creating a perfect harmony which is immediately followed by the final tune and a burst of claps. The concert is over.

For many orchestras, the debut concert is one of the most rewarding and exciting performances, showcasing months of preparation and practice. For JAM Orchestra, a Chicago-based orchestra co-founded by a University alumnus, the first concert in December 2018 was a thrill.

In fall 2018, three friends, who had known each other since high school and parted ways to attended college, found themselves in the Chicago area, reconnecting over their love of music. They began playing a lot of gigs together; with a similar vibe in their respective styles of music, they rediscovered a love of playing.

The name, JAM, holds a special significance for the group as each letter represents a name of the three co-founders.  Justin Kono, Aaron Kaplan and Michael Goldman.

Kaplan, who graduated from the University in 2011 with bachelor’s degrees in cello performance and music education, found his passion in college to become an orchestra director. Kaplan has played the cello since he was 5 years old. Twenty-four years later, he continues to do so.

As a senior in high school, he stepped into the conductor role and directed an orchestra instead of playing in it. Music had always come naturally to Kaplan, who could read sheet music before chapter books as a child. In his first conducting role, he worked with his high school freshman orchestra as a senior leader and began to learn the ins and outs of conducting.

Throughout high school and college, Kaplan continued to play cello due to his love and enjoyment of music.

“When I got to (Illinois), I knew I wanted to major in music, but I wasn’t really sure where my path would take me,” he said.

His plan after graduating high school was to become a cellist.

As an undergraduate student, he started conducting a lot of Illini Union Board fall and spring musicals and started putting groups together to play. Once Kaplan immersed himself in the conducting role, he recognized a shift in his academic goals.

“By the time I was a sophomore, I changed my focus; I knew that I wanted to pursue conducting for my master’s,” Kaplan said.

He graduated in 2013 with a masters in orchestral conducting and learned under Donald Schleicher, current orchestra conductor at the University. Despite the shift in focus, he still plays cello in orchestra quite often.

During his last year at the University, he and his friends started Illini Student Musicals, which still produces biannual productions today.

Kaplan believes one of the great things about the University was that there were so many different musical opportunities available in playing and conducting, even in chamber music. Taking advantage of these opportunities, he found his voice.

After college, Kaplan, Kono and Goldman found themselves back together, playing for fun and gigs. Kaplan said they all have a passion to play different styles of music, not just classical music, which made their group different and is why they work so well together.

“When the three of us are making music together, you can feel the synergy in the room,” Goldman said. “We speak the same musical language and that is evident in the performance.”

As they played around Chicago, they found many orchestra venues in the city were small, causing a lot of companies and groups to cut instruments from a full orchestra to a group of five or six.

This prompted the three of them to form their own unique ensemble so music can be heard the way they believed it should be: with the original orchestration and full orchestra.

When building the JAM orchestra team and finding the perfect musicians, they hand-picked people they had encountered from school and gigs. It is now fully comprised with members who have the same passion for music they do.

“The musicians who play in JAM are our friends and colleagues and also share the same enthusiasm for the music we present, so the end product is electrifying,” Goldman said. “You can feel the energy from both the orchestra and the audience.”

From hours of practicing, fundraising and making the name of JAM Orchestra, each of the members is working hard to produce another show.

“We are preparing for an exciting 2019 season to feature a summer concert as well as another holiday concert, building off of the success of last year’s sold-out ‘Holiday Swing!’ concert,” Kono said. “We are looking forward to working with the outstanding musicians of JAM Orchestra, as well as talented guest soloists and arrangers creating new works specifically for the JAM Orchestra.”

The behind-the-scenes work of JAM Orchestra is pushing them closer and closer to their goal of a successful 2019 season. Kaplan hopes that future University students see the endless possibilities to pursue a passion and work for something you love to do.

“I would love to bring JAM to (Illinois) because it has such a special place in my heart and opened so many doors for me,” Kaplan said. “We have to be creative in the way people see our concerts. Making music with your friends was the key to our success.”

Kaplan believes the University can be a great space for students looking to pursue their passion and achieve their goals. From wanting to major in music to specializing in cello, becoming a conductor was only a role he found in time.

“If you want it bad enough, it is a lot of work, but it is worth every minute of it,” he said.