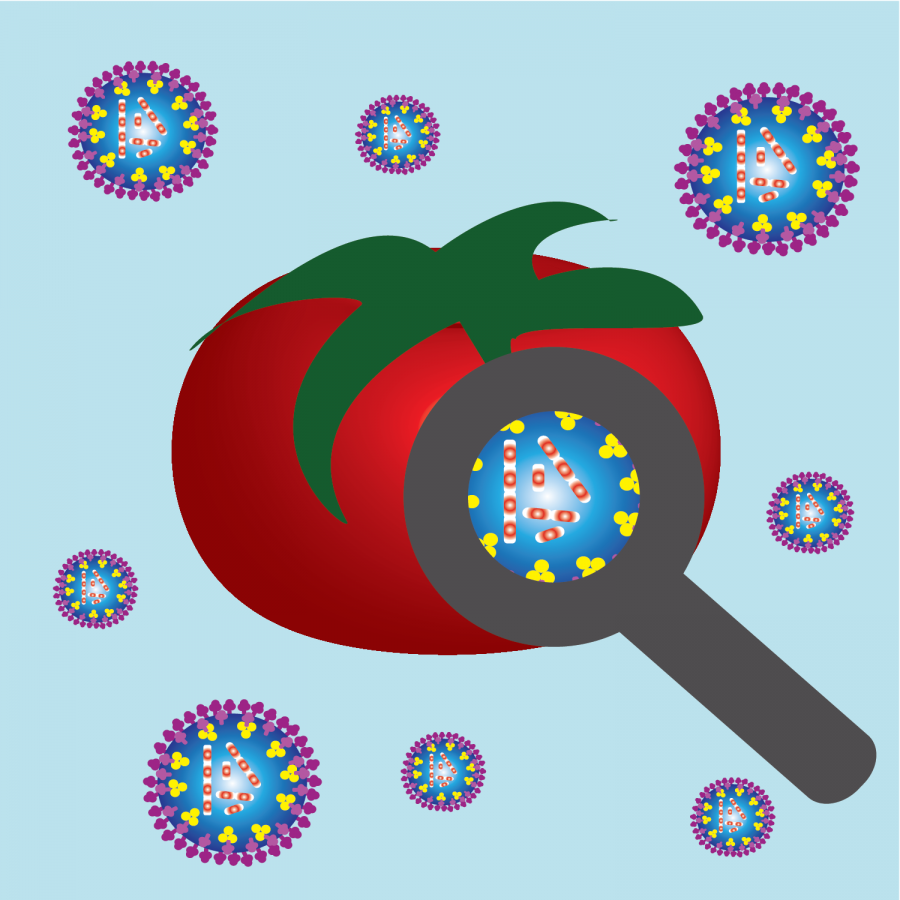 FruitVaccine, founded in 2017 at Research Park, is a company that has developed an edible fruit-based vaccine for human respiratory syncytial virus, delivering genetically modified plant products for adults and oral drops for infants. FruitVaccine is not the first team to research fruit-based vaccines, but it is the first to target hRSV specifically and the first company bringing the product to the market.

Dr. Dennis Buetow, professor emeritus in LAS, has been researching natural plant-based vaccines against hRSV for over a decade before co-founding the company with Dr. Indu Rupassara, biochemist and graduate student in Business. Dennis’ wife, Kathleen, a pediatrician at Carle Foundation Hospital, inspired his research after she witnessed thousands of infants and children suffering from hRSV firsthand and realized the need for a vaccine.

“After decades of effort, the development of fruit-based edible vaccines is finally poised to be implemented as a viable and affordable alternative method for producing and delivering vaccines, particularly in low-income countries,” said Brenda Wilson, professor in LAS and recent addition to the FruitVaccine team. “It is nice to see that this concept is moving forward through the work at FruitVaccine, Inc.”

Rupassara is grateful to have their company at Research Park, the University’s startup hub, for its initial and continual support.

“We both have long-term affiliations with the UIUC, and we knew that starting our company under the UIUC umbrella, at the Research Park Business Incubator, is the best-case scenario for us as co-founders of a startup,” Rupassara said.

It is possible for hRSV to infect all humans at different ages and about 90 percent of infected infants are affected within the first year after birth. It is often confused with the common flu due to the similarities in the symptoms during the early stages.

Unlike the flu, which mostly affects the upper respiratory system, hRSV affects a person’s lower respiratory system (which involves the lungs), developing symptoms unseen in cases of the flu such as barking cough and difficulty breathing. It is also the major cause of pneumonia and bronchiolitis.

The symptoms of hRSV can become especially severe in infants, the elderly and in immune-suppressed groups such as those with chronic lung or heart diseases and disorders, as well as those undergoing medical treatments such as chemotherapy.

Since there is currently no vaccine available for hRSV, infants and adults are given expensive treatments which can cost $1,500 per 15 ml without insurance for every kilogram of body weight. That adds up to $15,000 per dose for a 10 kg infant, and the treatment needs to be taken monthly during hRSV seasons, which are the same as flu seasons.

One of the difficulties the research team is facing is hRSV’s ability to recur despite no mutation being seen in the virus. The human body develops immunity after being infected by the disease, but the immunity goes away after about 10 days. FruitVaccine scientists have yet to find out if a repeated vaccination for hRSV is needed, as well as keeping an eye on the virus in case it mutates in the future.

“The fact that it does not mutate raises the question that there’s something odd about the virus,” Buetow said. “We don’t understand why, unlike measles, once you get it, you get immunity permanently. It keeps reoccurring. And we hope as we work through this, it will become clear.”

Another difficulty which the company is facing right now is securing funding for research.

“The transition from our academically inclined thinking to business-oriented, strategic thinking was a challenge at the beginning,” Rupassara said. She said she is pursuing a degree in business to deepen her understanding of business strategies needed to run the company.

The company is looking for both undergraduate and graduate students to help manage its social media pages and spread awareness of hRSV. Expertise in gene editing and state-of-the-art technologies such as CRISPR are needed to help with the company’s research regarding genetically modified organisms.

“We have a group of student interns from UIUC assisting us with our hRSV awareness (and) education efforts through our website and our social media pages, research projects and in developing business plans and supply chain channels,” Rupassara said.

The company’s two founders believe fruit-based vaccines are the future of the vaccine market in that it meets the public’s need for the most natural, least invasive and most affordable way to get vaccinated with minimal side effects. Compared to a traditional vaccine, it is also painless and drastically reduces medical waste.

“Our fruit vaccine will be very safe, cost-effective, economical, in addition to bringing minimal side-effects, no toxicities and no invasion to our body, while minimizing the environmental pollution compared with current needle-based vaccines,” Rupassara said.

Due to the limited shelf life and difficulty portioning the dose posed by whole fruits, the company has moved on from developing whole fruit-based vaccines to delivering the vaccine in the form of candies, which would be derived from the purees of the genetically modified plants. The technology is also expandable to other diseases and plants, including strawberries, carrots and lettuce.

“We have no doubt that our FruitVaccine technology is introducing the future vaccine to uplift the healthy lifestyles of our customers in the global market,” Rupassara said.