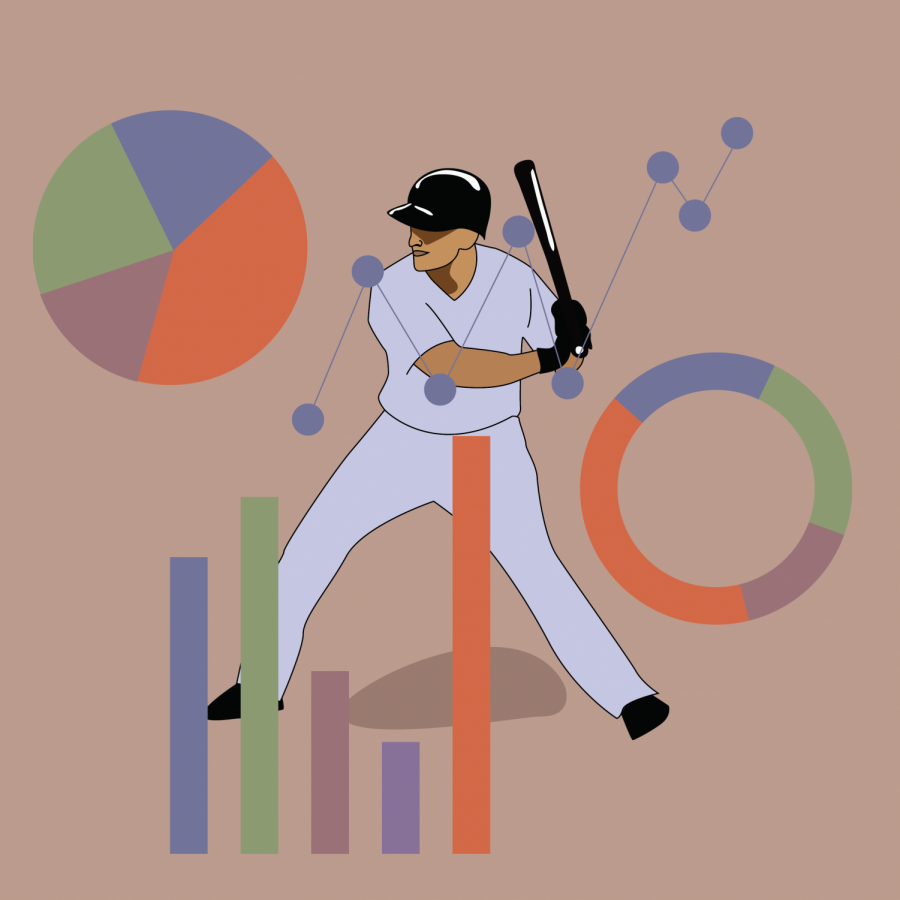 Before arriving at the University, Charlie Young never dreamed he would go into baseball. He became interested in baseball analytics after the Chicago Cubs won the World Series his freshman year.

Illinois Baseball Analytics is a sort of subset of the baseball team that analyzes data for the University’s team. Young, junior in LAS, started the group around two years ago.

Already a passionate baseball fan, Young learned the Cubs’ general manager at the time, Theo Epstein, worked with the analytical manager of the Red Sox when they won, prompting Young to use his own computer science skills to analyze baseball as a hobby.

He got himself a database online with statistics dating back to the 1890s. Young taught himself database management, web development and a little bit of statistics.

“I found that A, I really enjoyed it, (and) B, I was pretty good at teaching myself,” he said.

In time, Young consumed all the material he could find relating to the topic. He read books he bought for Christmas on data analytics. In one of the books he read, he came across a pioneering analyst, Alan Nathan, a professor at the University.

Young approached him to share and discuss all he had learned. Coincidentally, at the same time, the baseball team had approached Nathan asking for advice purchasing Flightscope, a device used to calculate various measures of players’ skills.

The team had also asked Nathan if he knew of any students who could run the Flightscope for them. Nathan asked Young if he wanted to run the program, to which he agreed.

Gradually, Young started showing the team some of what he was working on regarding baseball analytics. They were impressed, and Young began working with the team to analyze the data. Young now provides the coaches with whatever data they request. He has even used his programming experience to write some code to work on data that Flightscope did not have.

Now, as the end of his junior year approaches, Young decided to bring on others to help him. He said the increased academic load of junior year, the need for new ideas and the project’s longevity after he graduates incited him to grow his own analytics team.

Members of the team, also referred to as student managers, come from diverse majors and years in school. But together, with backgrounds in statistics, math and computers they are able to work toward achieving the same goals.

Nate Jensen, freshman in Engineering, is one of the members of the group. He said his favorite part of being a part of the team is being able to see his actions have some real impacts.

“I think the coaches are actually approaching us,” he said. “They are telling us what data they want.”

Fellow group member, Aman Gulrajani, sophomore in Business, agreed he could see the changes in the players’ games based on the data he was analyzing.

He is extremely proud to be part of the group. He said he was basically living out his childhood dream and he plans to pursue sports statistics as a career path in the future.

“This is like the one thing that seems like an assignment but its not,” he said. “I do not mind dedicating time to this.”

The group plans to continue what they are doing, but also introduce an application for the coaches to use on their own in the near future. Because he is graduating soon, Young hopes to excite others to join the group.

Many members are excited by the possibility of sports statistics and data analytics as future jobs. Kyle Troy, senior in LAS, said he too wanted to explore this field as a career.

For Troy and other members, Young is helpful because of his knowledge, experience and contacts.

“I feel like people don’t completely grasp just how much Charlie knows, or how smart he is,” Troy said.