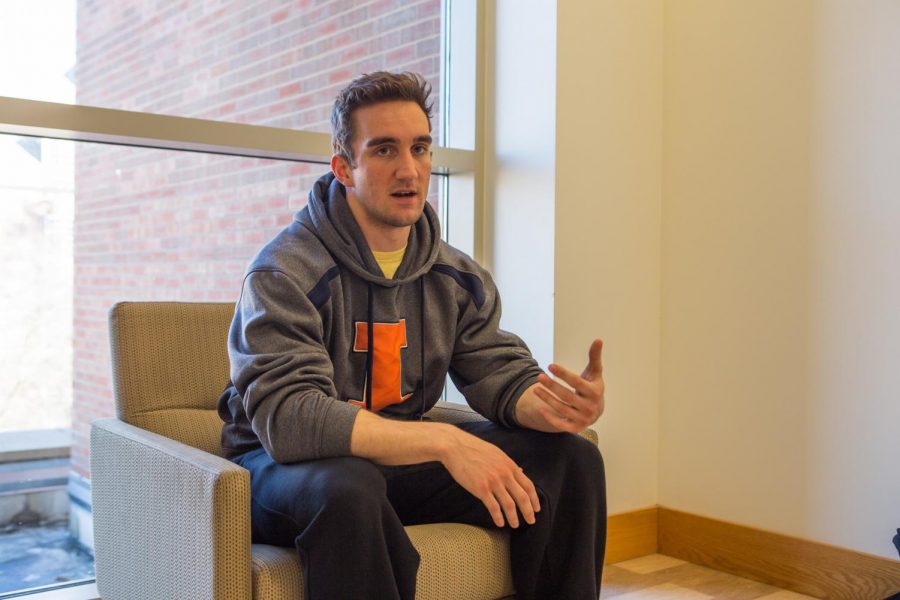 Serenity Orengo faces many challenges in being a student; the greatest may be trying to balance her education with her marriage and children.

Orengo is in her fifth year of graduate school earning a doctorate in Slavic Languages and Literature. Orengo finished her coursework two years ago and currently lives near campus with her husband and daughter.

“It’s hard to do everything you want to do,” she said. “Balancing motherhood and being a student is difficult. For me to go out and see people, it  rarely happens, and (I would) rather just stay home.”

Orengo received her bachelor’s degrees at New York University in Russian and Slavic studies and English literature and her master’s in Russian culture from Columbia University.

While she was a teaching assistant in previous semesters, she now devotes more time to be at home while also participating in research for her adviser as a graduate assistant.

“Before I had a family, I did work nearly 24/7. As an undergrad, I could do work whenever,” Orengo said. “Now I have to schedule my time and know when to stop working so I can see my family. It’s really different than younger students.”

She said she is not usually on campus and doesn’t do much there. Orengo believes when graduate students are in their dissertation phase, it’s a little more isolated because it involves more independent research, and they are no longer taking classes.

Sana Saboowala is a first-year graduate student working toward her doctorate in the integrative biology department. She became a graduate student right after completing her undergraduate education.

Saboowala received her bachelor’s degrees in biology and anthropology at the University of Texas at Austin. She said she hopes to work on an interdisciplinary project involving anthropology museum studies because she is currently focusing on the program for ecology, evolution and conservation biology.

She made the decision to go directly into the doctorate program because she did not know which path she wanted to take. She had a project idea in mind which she was passionate about and knew she wanted to work on in graduate school.

“I was afraid that if I was working in the industry as a biologist, I wasn’t sure I could go back from that lifestyle to be a student again. I wanted to make sure I was working toward my goal,” she said.

Saboowala also feels the shift has been pretty big for her.

“I definitely think the social scene as a graduate student was a big shift for me,” she said. “As an undergrad, you make friends in your classes, your dorm and extracurriculars, and it’s not the same in grad school. I’ve met quite a few people who are older than me. Some are married and have children and are in their doctorate programs while being in a completely different stage in life than I am.”

Graduate student Matt Hoffman is participating in a one-year program to receive his master’s in accounting while also becoming a Certified Public Accountant. He studied accounting as an undergraduate at the University, and the adjustment from last year to this year has been significant for him.

Hoffman currently takes 16 credit hours and is a TA for ACCY 202. In addition to working toward his master’s and teaching accounting classes, preparation for the CPA exam takes up a large portion of his time.

“Once you’re at graduate school, the biggest thing is time,” Hoffman said. “I’m taking a test that requires hundreds of hours of studying, and I need to plan my days strategically.”

The variation in the graduate students extends beyond their academic focuses and extends into their social life as well.

Orengo, who spends the majority of her time off campus, does not often participate in on-campus events. Some campus events she is unaware of as a result of finishing her undergraduate degree in New York.

She said this campus is a great place to be a graduate student instead of a big city like New York because it is easier to stay focused since students don’t have as much to do. She just took her last exam for her doctoral degree, and she now hopes to create and work on her dissertation proposal.

“Most of my friend group is in my Ph.D. in the same department or in a really similar department,” she said. “We’re all roughly at the same point. It’s totally different than New York; if you’re meeting your friends, you’re at a new restaurant or staying out super late, but here, I spend most of my time with my family.”

Hoffman continues to make time for the things he loves, though it is more difficult than before he became a graduate student.

“You really want to find the one or two things in life you want to keep around. Your life can’t just be studying, and the thing that helps me, personally, is working out so I can stay up late and making time to see my friends,” Hoffman said.

For Saboowala, sometimes graduate students focus more on their degrees than creating relationships in undergraduate school.

“Everyone is really caught in work, so it’s sometimes hard to meet people the same way you do as an undergrad. I feel as an undergrad you’re always looking for friends,” she said. “It’s six years of my life in my twenties. I don’t want to only spend my time doing work. I want to meet people and create meaningful relationships.”