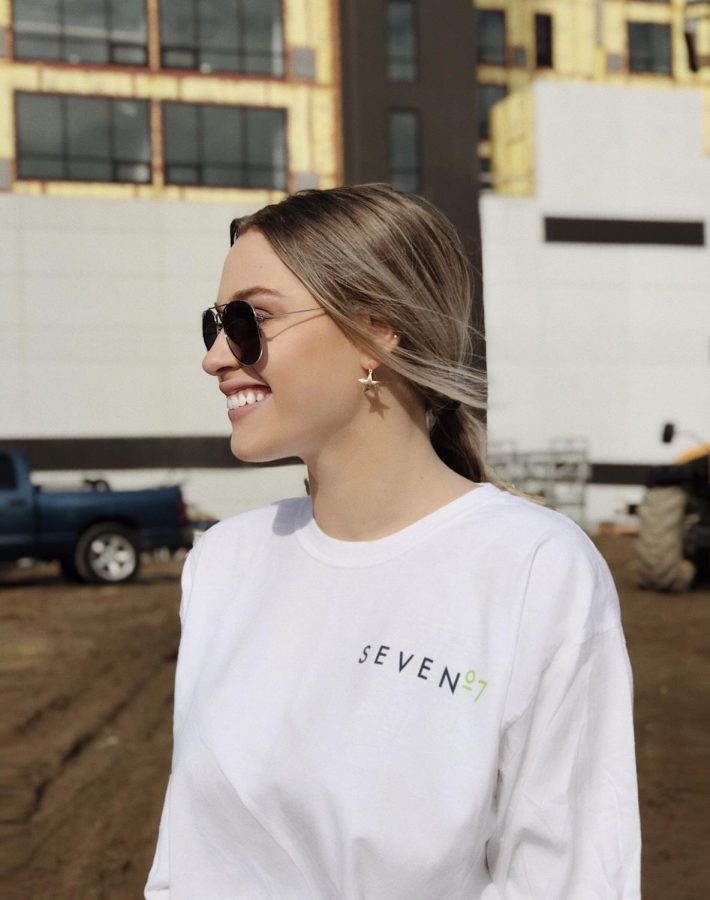 The Black Sheep is a satirical website and newspaper that has branches in several colleges across the country, and its media and marketing sector is aimed toward college students. The Black Sheep’s use of social media to market to students is vital. To reach colleges and universities, they use campus influencers.

The organization’s influencers use social media as a form of advertising to their fellow classmates. A major source of their marketing comes from housing and apartment facilities around campus, showcasing both new and existing housing options.

Jess Gosswein, sophomore in LAS, is currently a campus influencer for The Black Sheep and is a member of the marketing team for Seven  07.

“Companies go to Black Sheep, and they ask for them to find students to campaign for them,” she said.

Gosswein advertises housing options to over 2,700 of her Instagram followers.

“Basically, we post pictures that promote their campaign sales and get people to sign with them,” Gosswein said.

For Gosswein, becoming a campus influencer was simple. She had already been aware of The Black Sheep and their presence on campus.

“Black Sheep posted on their Instagram story, and then I applied through there,” Gosswein said. “I had a couple of phone interviews, and once I was hired they created a GroupMe for all influencers around the United States.”

Gosswein said the opportunity has allowed her to exercise her business skills and creativity. It has also helped her to meet various individuals on and off campus.

Having college students utilize social media as a way to market to their peers allows for The Black Sheep to have a certain niche in the marketplace.

“Our business is surrounded around college students because they relate best to themselves,” Halsey said.

Many current full-time Black Sheep employees also started off as campus influencers or interns, meaning there are employment opportunities within the company after graduation.

Although The Black Sheep has a large presence on campus, other companies also employ student brand representatives.

Ariana Afonso, sophomore in LAS, is currently a brand representative for Pura Vida, a bracelet and jewelry company based in California. However, all of their jewelry is made by native Costa Rican artists and designers.

Afonso first learned about the company back home from friends, and her current roommate often wears their bracelets.

“I post about their products or any promotions that they have,” she said. “And then I get a commission based on the sales that I get.”

Afonso’s sorority influenced her to apply to be a brand representative for the financial and experiential benefits.

“A lot of people in my sorority are brand representatives, and they always look so involved through events,” she said.

Afonso supports Pura Vida’s ethical business model and is appreciative of the real-world experience. As a STEM major, she also enjoys being a brand representative.

“I’m on the pre-med track and it gives you a little break to do something more fun and not as time-consuming,” Afonso said.