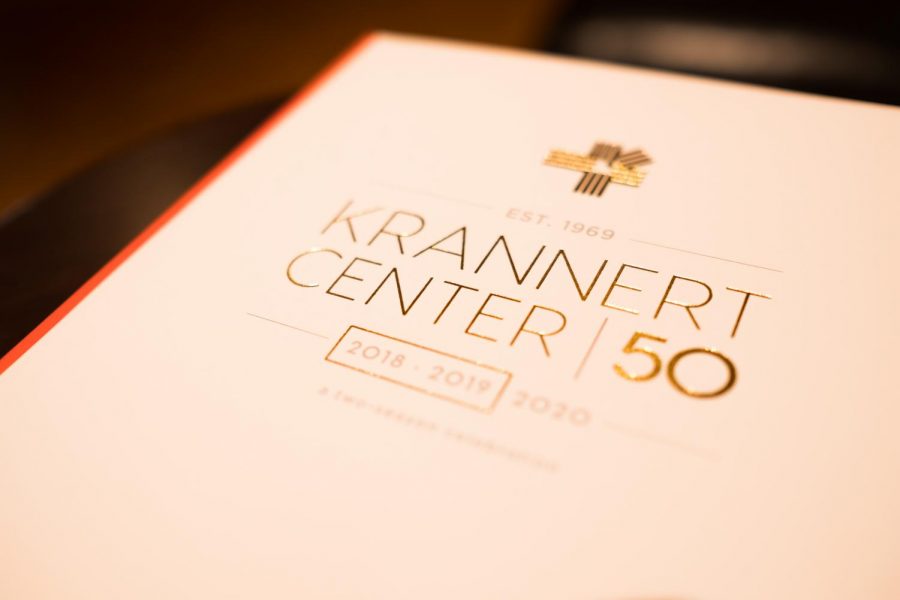 In 1962, Herman Krannert and his wife, Ellnora, decided to make a major contribution to his alma mater, the University. It wasn’t until 1969 they built the Krannert Center for the Performing Arts, a hub for theater, opera, dance and music.

Bridget Lee-Calfas, the center’s advertising and publicity director, said the highly-anticipated weekend celebration was planned to highlight the center’s broad mission and all the people it has impacted.

“We wanted to be able to show the scope of these five decades, but we didn’t want to privilege any experience over another,” she said. “So we asked our patrons, students and donors to come in and tell us what Krannert was to them. We had so many people come in and we had created this intricate and wonderful collage of (how) Krannert was rooted so deeply in this intimate human element.”

Saturday night’s gala was for the community, including students, faculty, alumni, donors and artists. The gala featured six performances from local artists. To mark the beginning of the next 50 years of Krannert, the Jupiter String Quartet and guitarist Steve Dawson debuted an unreleased original by Dawson.

“It’s quite impossible to put into words the feeling that I get knowing the countless lives Krannert Center has affected in the past five decades,” said Mike Ross, the director of the center.

A 24-foot-wide LED wall allowed guests to post on social media with #KrannertCenterat50 tag. Their posts were live-streamed on the wall, along with hundreds from all over the world. Lee-Calfas said the center can be a uniting place to bring people together.

Tim Killeen, president of the University since 2015, was also at the event and spoke on the center’s impact on campus.

“In its 50 years of its opening, Krannert has embraced the University of Illinois’ mission of education, research and profound public engagement,” Killeen said. “It … established itself as a classroom, a laboratory, the foundation of creativity and one of the nation’s premier university-based performing arts centers.”

Killeen also thanked Ellnora Krannert for her desire to connect people through art.

Chancellor Robert Jones was also in attendance at the gala. He recognized how the center has long impacted the community and has served as a place to bring people together.

“For most of us, the Krannert Center is established as a permanent jewel of this vital community in our University,” he said. “This is a testament and I thank the groundbreaking people and the ideas that have come together here since 1969, the year I finished high school. Regardless, Krannert Center has changed so many lives in its last 50 years that it’s remarkable and something to behold when I just imagine a fraction of the lives it will change in the next 50 years.”