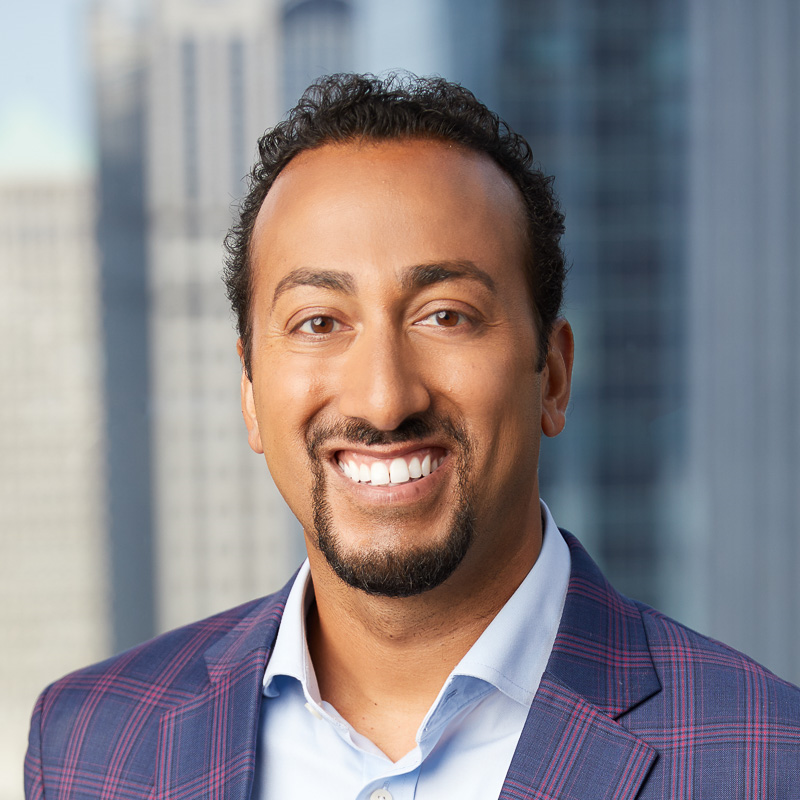 Pat Basu attended the University in the late 1990s and graduated with a degree in Engineering. His friends from his college years reflect on his well-balanced involvement in academic ventures and social life following his promotion to CEO of Cancer Treatment Centers of America.

When Pat Basu was a student at the University in the late ‘90s, he juggled his challenging mechanical engineering curriculum with several extracurricular commitments and jobs on campus.

He’s been a doctor at Stanford University, a White House Fellow under former President Barack Obama and is now Cancer Treatment Centers of America’s president and CEO.

On Friday, Basu was back on campus to receive the Distinguished Alumni award from the College of Engineering. He is the first and only University alumnus to have been a White House Fellow.

He credits the University for being a launching pad for his success.

Despite his Illini pride, the University wasn’t his only option.

“I had looked at Duke, Massachusetts Institute of Technology, Stanford and other schools, but I went with Illinois in the end because I knew it was the best choice,” he said. “ At the time, it was ranked the number one engineering school in the country, and that was extremely important to me.”

“By far, the largest amount of my close friends’ circle, is from here,” he said. “Socially, it was amazing the bonds I formed, and within six months I was closer to people I had met here than people I’d known for 18 years.”

Basu met one of his best friends, Andy Tryba, through engineering. Tryba was a general engineering major and the same year as Pat, and they were bonded by their rigorous studies and their fraternity.

“We originally met through our fraternity, Alpha Sigma Phi, and we realized we had a lot of classes together through the Engineering program, so we got to be pretty close,” Tryba said.

Tryba and Basu have remained close, and Tryba admires his friend’s work. He has faith Basu can make the world a better place.

Another close friend and fellow alumnus, Kwame Mensah, commends Basu for his desire to change healthcare at the societal level and to effectively treat patients at the individual level.

“He really wants to reshape how we view medicine, and he’s very dedicated to making the lives of patients better,” Mensah said. “He’s the right man for the job, and for him, the patients come first, and I think he’s excellent for that.”

Mensah and Basu were in the same fraternity at the University but actually met on the first day of freshman year in a lecture in Foellinger Auditorium. They had bonded over Basu’s Dan Marino jersey, a prominent football player at the time.

“Then he and his roommate sat next to me, and we started chatting and quickly realized we had a lot of classes together throughout the week,” he said. “We just kept bumping into each other, went out on the weekends, actually started hanging out and became really close and great friends.”

Despite his incredibly busy schedule, Basu still prioritized having a social life. Ami Novortya, fellow alumna and friend, often hung out with him because of Greek Life.

“I was a Kappa Delta and he was an Alpha Sig, and we had a bunch of mutual friends through the KD’s and the Alpha Sigs, and we did football block together and other events. He was just a great guy,” she said.

In addition to being part of the fraternity, Basu also held jobs as a tour guide, lifeguard, bartender and tutor. He was part of student government, student senate and Student Alumni Association. He also was president of the Campus Honors program.

One of his favorite memories on campus was winning the intramural basketball championship. Illini sports was a big deciding factor for him to come to the University.

Even with his busy schedule, he enjoyed being constantly active.

Scott Janik, a close friend and another fraternity brother, was in awe of Basu’s time management.

“It’s amazing, too, because despite being so involved, it seemed like he got more done in a day than most people got done in a week, and he was still able to go out at night and have a good time,” he said. “He also had so many different friends from different clubs or organizations, so going out with him at night was like going out with the mayor.”

Because of Basu’s comprehensive experience and holistic portfolio, Janik was not shocked at all when he learned his friend was becoming the CEO of the Cancer Treatment Centers of America.

“He’s always been a passionate person, and I feel like between medicine and business, he’s just got a hunger to do more and help more,” Janik said. “Whatever he’s doing, he’s doing at the highest level.”

Basu is hopeful of the impact he can make and help find a cure for cancer. He is thankful for the University’s influence on his life.