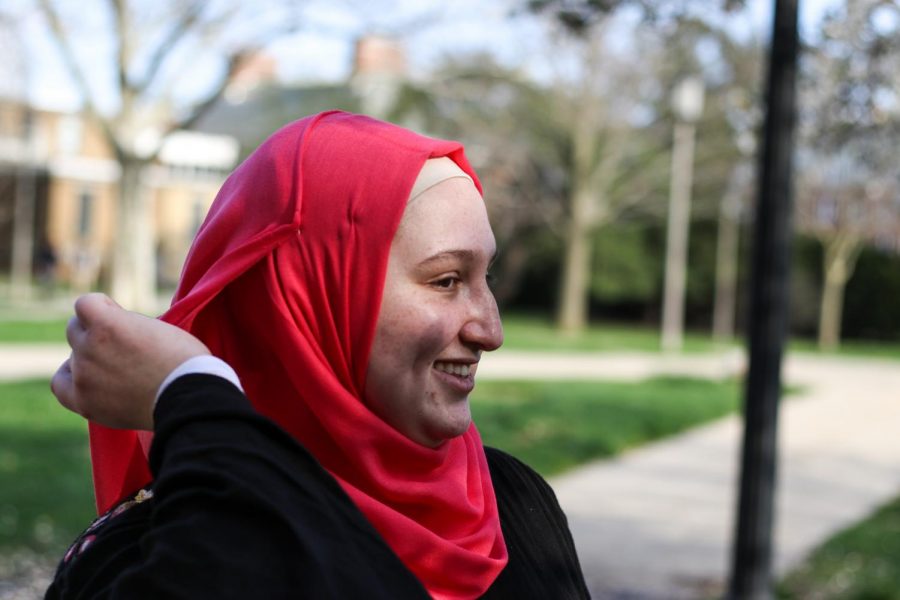 Najwa Swel lived in the Champaign area before college and considered attending the University, but the high tuition costs led her to choose Parkland College instead. It was after making this decision that she learned about the Parkland Pathway program.

Many students choose to follow the traditional four-year University path directly following high school. However, new options have cropped up for people who want  alternative experiences in higher education.

The Parkland Pathway is a collaboration between the University and Parkland Community College that has been running for the past 10 years. It allows students who have been accepted into the University to take their first four semesters of classes at Parkland while also having the option to live on campus.

Students become acclimated to their surroundings while on campus, but pay less for a similar education through their first two years.

Sweid is a freshman in this program.

“After I was accepted into the University, I toured the campus and then met with an adviser for the Pathway,” Sweid said. “She told me the benefits of each institution, so then after talking with my parents, we decided the Parkland Pathway would be easier.”

Now almost finished with her first year in the program, Sweid said she faced some challenges being enrolled in two different colleges.

“Learning how to manage my time through two institutions  and learning how everything is different within one platform was difficult,” Sweid said. “Parkland has a set area where you have all your classes and get your homework, but the University utilizes Compass and other websites.”

Maria  Stipes is a freshman in the program from Champaign. She said the majority of students in her classes come from diverse backgrounds and a majority of them from sister towns. Some students commute 40 minutes to campus.

Stipes said the different forms of classroom environments are also beneficial. She said the smaller class sizes have also been an advantage.

“It makes me more comfortable to ask questions. I definitely speak up more in my Parkland classes than big lectures at the University,” Stipes said.

Like Sweid, Stipes said the lowered tuition cost was a main draw of the Pathway.

“I can see how this is helping my parents save money and in what ways this has been a smart thing to do,” Stipes said

Christian Khachaturian, senior in Engineering, is also a student at the University who was apart of the Parkland Pathway.

Like Sweid and Stipes, he is from Champaign, but never thought he’d be interested in attending Parkland.

Khachaturian said he had a Division 1 offer to play golf at the University of Toledo. However, Toledo did not have an engineering program, and he said he always has wanted to be a civil engineer.

Khachaturian said Parkland was the only option that offered both golf and civil engineering. He was granted an academic scholarship during his first four semesters at Parkland while also playing on the golf team and studying engineering.

He said the program offered him other aspects as a student at a junior college.

“They did a really great job of making the curriculum within the pathway program more to that of U of I. You’re set up to succeed a little more because your class sizes are so much smaller,” Khachaturian said.

While the first semesters eased Khachaturian into the program, the transition was strenuous as well, Sweid said.

“One of my very first quizzes I did really  poorly on, and that forced me to think, ‘I’m not capable of being a student here,’” Khachaturian said.

However, Khachaturian had a support system by as a apart of the Fellowship of Christian Athletes on campus, as well as Younglife.

“I had a solid, well-developed community within the University, and that’s largely thanks to the fact that I was living on campus. I was able to live that college life even though I was commuting every day to school.”

He said his success was due largely in part to the Pathway Program because of its continued development to set its students up to succeed. He also said it is a financially smart option for students.

“As a senior in high school going into college, it’s really hard to wrap your mind around college tuition, and it’s something you don’t really think about because you’re so excited to go to college,” Khachaturian said. “That, in turn, takes advantage of a lot of students who end up being tremendously in debt.”

The Parkland Pathway has helped these students at the University find their true potential and find success within themselves for a more affordable price.

“That was one of the biggest blessings that Parkland has been to me and my family,” Khachaturian said.