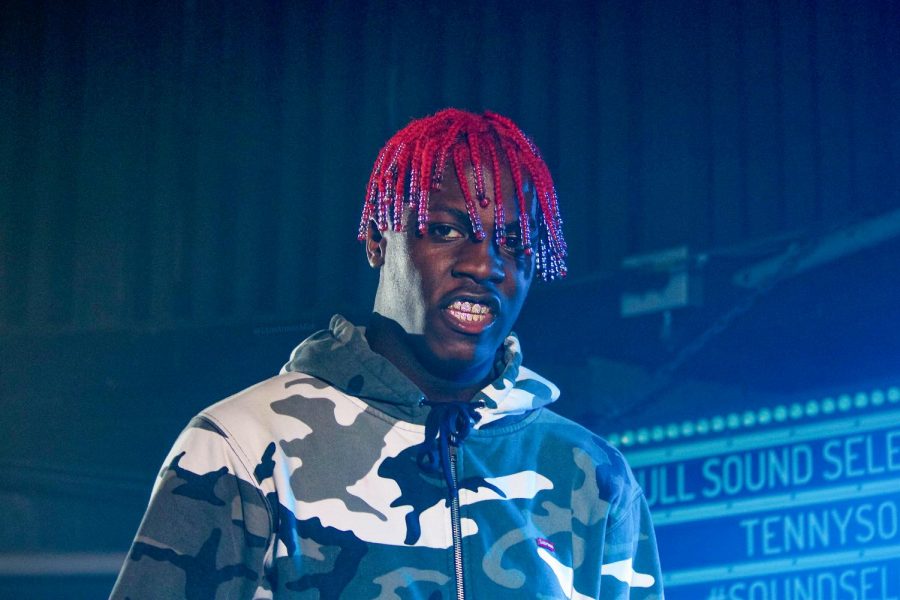 Rapper Lil Yachty poses for a photo in August 2016. Spring Jam will be Sunday on the Main Quad at 2 p.m.

For the first time in history, rap music surpassed rock to become the most consumed music genre in the U.S., according to the 2018 Nielsen Music report. With rap music central to college student culture, the University consistently brings rap artists to its Spring Jam.

Spring Jam will take place Sunday on the Main Quad at 2 p.m. featuring rapper Lil Yachty. The event is free to all University students with their i-card.

For the past three years, Spring Jam has brought rap artists to the University including Post Malone in 2017 and T-Pain in 2018.

Lamont Holden, an instructor in the College of Music, has been making beats himself for the past 10 years after he moved to Atlanta to pursue music producing.

Since then, he has returned to teaching and created the new course MUS 499: Popular Music Production after noticing a gap in the music school curriculum for commercial music. In his course, students learn the art of beat making and produce their own original music.

Holden said the increase in popularity of rap music connects to how America is dealing with race.

“There is a dichotomy in our culture where white people love black culture, but they don’t love black people,” Holden said. “You’ve seen it because it’s profitable to exploit the negatives of black culture.”

Holden said rap music has evolved to what it is today due to the advances of technology and access.

He said one reason rap got more popular is because of changes in the platforms available for rappers to share their music. People had more of a chance to become successful with rap.

“In 2007 people were saying rap was dead,” Holden said. “By the time dust settled with the internet what you had were fewer gatekeepers with Soundcloud (and) Instagram (and) equalized playing field for artists to have a chance. The fact that you can now monetize streaming, a more profitable model (helps, too). That’s why we have this new resurgence.”

While Holden said it’s great the University is bringing Lil Yachty to campus, he wishes they would involve the local music community.

“What I’ve realized is the local talent is the lifeblood of music. Let’s get the community more involved. To me, anytime you do a performance you should do a workshop. Let’s convince Yachty to appear and talk to the kids,” Holden said.

Inga Augustaitis,  junior in Music, took MUS 499 because she wanted to expand her knowledge on ways to make music, including music production.

Augustaitis said for the University to bring out what’s relevant, they bring hip-hop artists to Spring Jam. She agreed with-Holden that community is important to the music creation process.

“Hip hop is all about community,” Augustaitis said. “The culture and the community is the most important thing about hip hop and that’s where everything branches from.”

Brendon Culloton,  sophomore in Music, said he took MUS 499 because he wanted to expand his knowledge of hip-hop academically.

Having grown up listening to Kanye West and Jay Z, Culloton said that this generation has grown up with hip hop being mainstream.

“I live in an apartment on Lincoln, and if you’re listening during rush hour, (in) every other car that passes, you hear the trap drums,” Culloton said. “It’s everywhere.”

Culloton said hip-hop is about artists speaking their truth.

As a student in the music school, Culloton said while the University is bringing rappers to campus for entertainment purposes, it’s not making its way into the curriculum.

“It’s weird because from my experience in the school of music, they still don’t want to bring this type of music to campus, besides bringing it and putting it on stage as a spring sing,” Culloton said. “We go to music history classes, and it’s completely dead European men. When we talk about music theory, it’s all how did Bach do music theory. We don’t talk about things that happened in the last 30 years. In the school of music, it definitely feels like there is a resistance to including this type of hip- hop music.”

Culloton said he is looking forward to attending Lil Yachty.

“Lil Yachty was big a few years ago, but I feel like that’s everyone (who) comes to Spring Jam,” Culloton said. “But it’s cool to get big names coming to campus.”