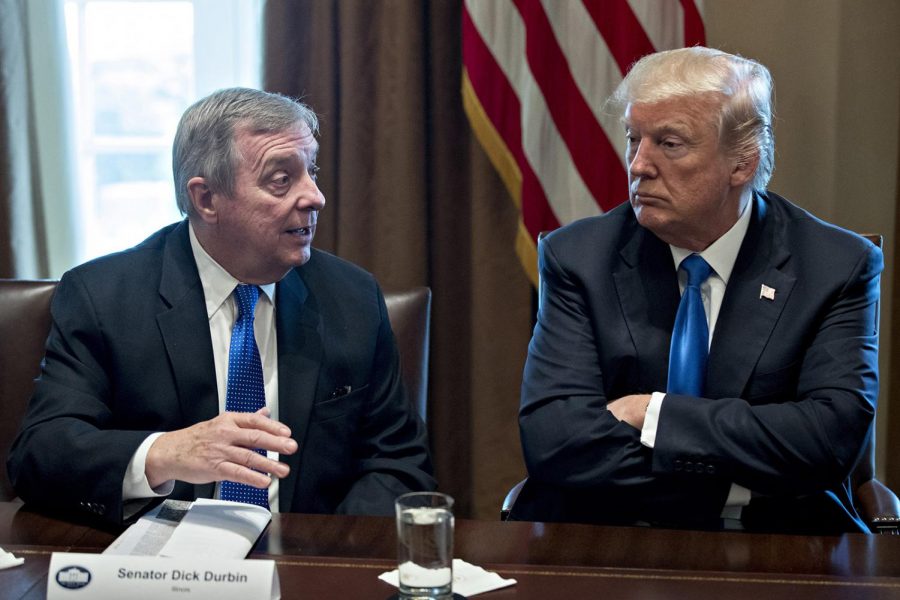 Erfan Mohammadi will graduate with his doctorate in chemical engineering in a couple of weeks. Mohammadi, who is originally from Iran, obtained US citizenship last November. His parents and siblings, who are Iranian citizens, won’t be able to attend his graduation ceremony because of the Trump travel ban.

In 2017, the travel ban restricted citizens of five majority-Muslim countries from entering the U.S., including Libya, Iran, Somalia, Syria and Yemen. Since then, two more versions of the travel ban were signed under the Trump administration.

Mohammadi was first affected by the ban two years ago when he and his fiancée were separated. The couple had returned to Iran to visit family. After the ban, Mohammadi returned to the U.S. as a green card holder, but his fiancée, who relied on her student visa to enter the U.S., had to wait two months in Iran for the judge to put a temporary hold on the ban before she could return to the U.S.

Now, Mohammadi’s family won’t be able to attend his graduation due to the travel ban. Only student visas are currently being issued, but none of the students’ families are allowed to visit them in the U.S.

“My mom is a retired teacher, and my father is a retired engineer. They are in their 50s and 60s. For them, I cannot even envision any type of damage that they can have to the US,” Mohammadi said. “I was talking to some lawyers, but they won’t even take my case because the chances are very low. The officer at the embassy who interviews you is the person that decides if you could come to the U.S. or not. It’s purely his or her interpretation.”

Kasra Tabatabaei is a graduate student in LAS from Iran, who first came to the U.S. in 2017.

According to Tabatabaei, most students from the five countries rely on single entry student visas, which means they need to have their visas reissued if they return home and then come back to school. Currently, extensive background checking is being carried out even for the issuing of student visas, which often takes months — in some cases years — to process. Tabatabaei calls this a “hidden ban”.

“You can’t just sort people based on their country origins or religions. The ban doesn’t make any sense to me besides of it being a product of political quarrels. It’s not effective in terms of making the country any safer,” Tabatabaei said. “The worst punishment for prisoners is to ban them from visitors. That’s somehow similar to (Iranian students’) situation — except that our prison is as wide as the entire country.”

The travel ban also puts the U.S. at risk for losing intellectual assets since many international scholars from the banned countries are reconsidering pursuing careers in the U.S.

According to Mohammadi, many Iranian students he knows here are considering moving to Canada for their education or careers. For Tabatabaei, he expressed that he would rather return to Iran or live in Europe, where Iranian students can visit their families twice a year.

“Many of the faculty members and graduate students are immigrants. That shows that how immigrants are making contributions to science and to the US,” Mohammadi said. “(Students from the five countries) are already being selected — only skilled people with high education are able to come to the US — now the ban is making the lives of these students very hard.”

Setareh Taki is a graduate student in Engineering and also from Iran. As an only child, Taki had to convince her mom to let her come to the U.S. for graduate school by promising her that they will see each other at least once a year.

“The travel ban came to me as a shock. I stopped working and everything. I couldn’t imagine not being able to see my parents for years,” Taki said. “But my parents said to me that this is a major period of my life and that I should continue my education regardless.”

In addition to being separated from family and the risk of losing their education opportunities in the U.S., Iranian students are also witnessing their country’s economic collapse under the new sanctions the Trump administration is imposing on Iran. The country has seen an influx of natural disaster, including the recent flood that affected most of Iran.

Taki is worried she might never see her parents again after hearing about the flood.

“I never expected the ban to last. My first feeling was that I was unwanted in this country, that they don’t care about me and the fact that I can’t see my parents,” Taki said. “I did get many emails from the University that were very heartwarming.”

Taki pointed out that there are only around 108 Iranian students at the University, and they are a minority in the country in general. She hopes the American people would take action to make changes to the current situation.

Domingo Casanova, senior in Media, is the social media officer of Amnesty International at the University. Amnesty International is the largest human rights organization in the world, whose mission is to bring attention and make changes to human rights issues such as the refugee crisis, LGBTQ rights, gun control and various other social issues through petitions and protests.

Casanova hopes to bring Mohammadi’s story to Amnesty International to bring attention to the ban.

“You are basically banning people on who they are, (based on) arbitrary measures such as nationality rather than what they have done. It’s just wrong,” Casanova said. “What we can do is to listen to support students like Erfan by listening to his stories and bring attention to the matter.”

Mohammadi had previously reached out to Chancellor Robert Jones, who suggested his family can watch graduation through a live stream. But for Mohammadi, graduation is a milestone and he would rather have his family here to celebrate and commemorate the occasion.