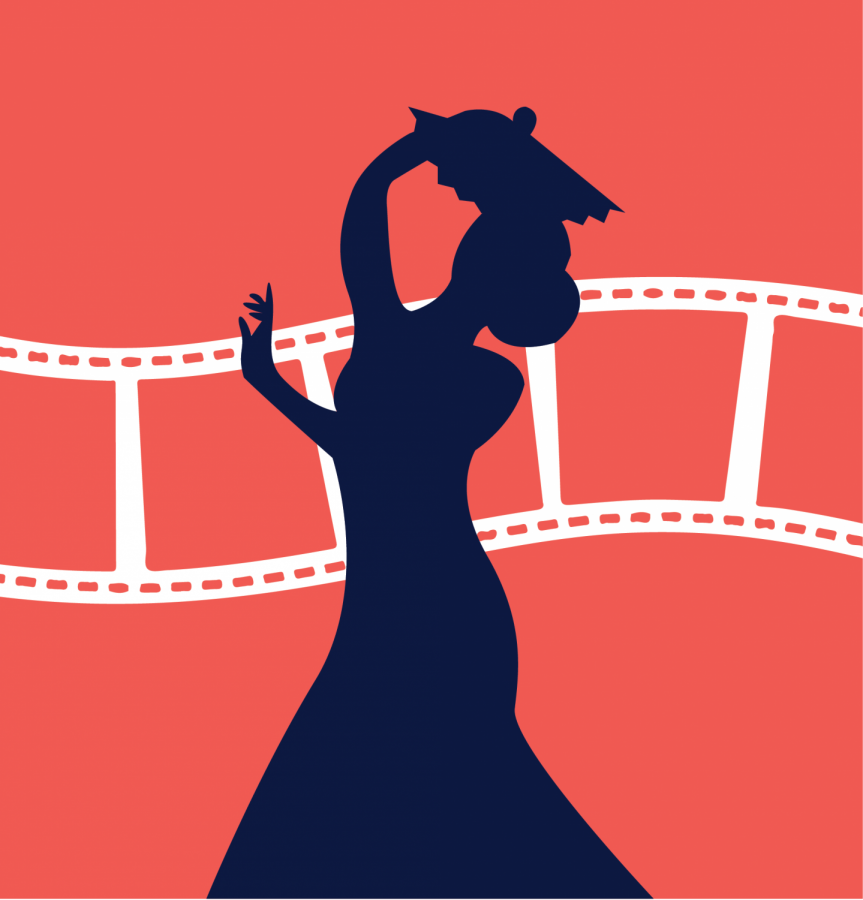 Laura Chiaramonte, media coordinator and instructor in the dance department, was chosen to be the director for this year’s festival. Chiaramonte is deeply involved in the department; she records and archives all of the dance performances while simultaneously teaching a dance documentation and screen dance course.

The festival itself kicks off Friday, with the showing of the feature film La Chana. This is an award-winning feature-length film, directed by Lucija Stojevic, that “celebrates the charisma and flair of a self-taught Gypsy flamenco dancer who in the 1960s-80s rose to international stardom,” according to the press release.

La Chana was first released in 2016 and has been screened at a plethora of festivals around the world, such as the Reykjavik International Film Festival and the International Documentary Festival of Amsterdam.

“[La Chana] is this eccentric, amazing dancer who came back into the dance world in her 60s and the film is just incredible,” Chiaramonte said. “There is something about the film itself, the diversity that we really enjoyed.”

The festival has shown films featuring dancers like Misty Copeland and Merce Cunningham in years past.

“Each year we like to choose a different feature film that either resonates with us or we think can showcase the diversity in dance as well as the diversity within types of music that go hand-in-hand with dance,” Chiaramonte said.

In addition to La Chana, 16 short films will also be shown. The only criteria for the the short films is that they be dance-oriented.

“The amount of submissions received every year seems to keep expanding,” Chiaramonte said. “This year we received 712 short film submissions from 69 countries — there were a little over 400 submissions last year.”

A three-person panel is chosen from community members and faculty. This panel and the audience each chooses their favorite films. Then, those films receive a small cash prize for their efforts.

Chiaramonte explained the cash prize is an investment in similar films to be made in the future.

“The whole goal or idea, in our minds, is to have Flatlands be something that supports filmmakers and artists in that we can be able to give back to them and showcase their talents,” she said. “Not just showing their films and giving them recognition, but giving them a small prize to help their create their next film.”

The festival’s founder, Mark Rhodes, helped create the fest to have more places on campus to view cinema.

“When we started, we were just looking for additional ways to interact with the University and ways to give a space for more films to be shown,” he said. “That’s basically how Flatlands was born.”

Rhodes, who is now assistant director of the festival, has loved watching the event grow over the years and seeing the number of submissions rise.

“The first year was just local filmmakers, and now this year we received submissions from 69 countries worldwide, which is just excellent,” he said. “The amazing thing to me is, each year they score the films, and whether or not they choose the same style of dance to win each year is totally different. Each year the submissions are something totally new.”

Dance students like Lindsey Jennings, senior in FAA, have been part of the festival’s growth. Jennings has been assisting with the festival for three years now and is appreciative of how it brings work from around the world to campus and the community. She has been able to see how each year new talent is “diversifying what types of art we are seeing in the community and changing the ways we can watch and make dance.”

As a senior, Jennings thinks back on why she chose to study dance at the University — because of the “rigor of the program and the breadth of the curriculum that encourages us to seek a unique path in a dance career” — and is proud to assist with the Festival every year to help showcase a “new medium of dance that is not often able to have many resources to an audience.”

Rhodes is happy to see how this festival broadens many viewers’ ideas of how dance can be portrayed in film.

“People come in with a preconception of what a dance film is and always leave with either a new appreciation for dance in film or an appreciation that has just gotten better,” he said.