Political internships give clarity for careers 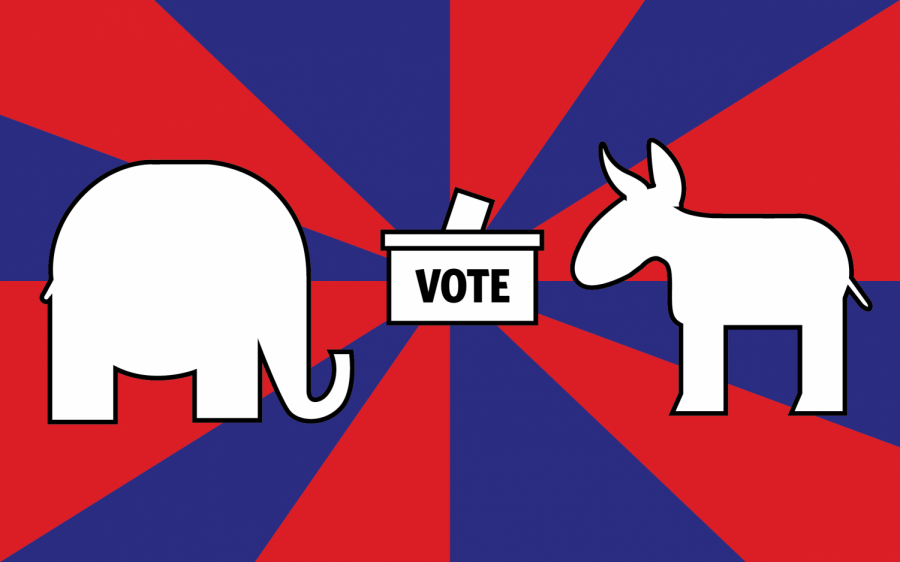 Several students at the University take summers as an opportunity to work in politics. They intern within several facets of thepolitical system, including at district offices, on campaigns, with nonprofits and for political organizations.

Luke Headley, a University alumnus, changed the course of his career in the summer of 2018: He interned in the district office of Congresswoman Cheri Bustos. Headley still works in her office but now as a full-time employee.

In addition to interning at Bustos’s district office, Headley also worked on Daniel Biss’ primary campaign for governor in 2018 while he was still in school.

“These political internships are great for understanding the foundation of campaigns and the district offices,” Headley said. “It really helps to understand the structure of the campaign, understanding who’s in charge of what.”

At Bustos’ office, he answered phones, took messages and participated in work he said prepared him for the job he has now. During Biss’ campaign, he helped with phone banking, canvassed the community and set up events.

Particularly during his time working for the campaign, Headley found his age helped him do his job.

“It’s a lot easier for a student to go talk to someone from our generation and convey to them the importance of these elections than it might be for someone much older,” Headley said.

Michelle Lee, who studied graphic design at the University for her freshman year before returning to California, agrees the younger generations need to increase their political participation. She encourages young people to acknowledge the impact politics has on their lives.

“Some people may think it doesn’t affect us as much as it does,” she said. “If we don’t do our part in deciding how our own future looks, none of us have the right to complain about whatever mess or whatever disaster occurs.”

Lee started doing her part to get involved by interning for Assemblywoman Young Kim of California in the summer of 2016. She worked for part of the summer at the campaign office and the other part at the district office.

Lee’s responsibilities were typically making phone calls to members of the district asking them about their voting choices, filing emails and researching articles regarding the campaign.

One significant factor in her political internship experience, Lee said, is she worked in an office with a different political ideology than her own. This gave her the opportunity to try and understand what the other side of politics is thinking.

“I wasn’t aware the sheer number of people who were so vastly different from the people I usually surround myself with,” Lee said.

One place people of all political viewpoints gather is in Washington, D.C. Students at the University have the chance to go experience the political world in D.C. with to the Illinois in Washington program. This program is directed by Andrea Mayer, a member of the political science faculty based in D.C.

This program, according to Mayer, is a remote campus in D.C. where students take courses from University faculty and intern for an internship of their choice. They have spring, summer and fall semesters and follow the same general requirements as students on campus in Champaign-Urbana.

Students have to find their own internships in any discipline they choose. They also have to take classes and participate in the “Washington Experience” course, which takes them around places like the White House, Library of Congress, art museums and more.

“Pretty much (all) alumni will tell you that it was a once-in-a-lifetime experience for them and it made a pretty profound impact in the trajectory of their career,” Mayer said.

Some recent alums of the program have already found positions continuing their work in politics. One works in Gov. J.B. Pritzker’s D.C. office. Another one is a law student who has a fellowship through the Illinois in Washington board of advisers.

These students are also not just coming from political science backgrounds. Participants come from a wide range of majors: economics, ACES, communications, public health and sociology. What unites all these students is their enthusiasm for exploring career possibilities and enjoying the excitement of being part of the political process in D.C.

Mayer encourages students to get involved wherever they are, whether that is in Washington, D.C. or at home in their local governments. She said it is important to get students involved through these internships, particularly because of the networking opportunities.

“This allows students to get their foot in the door in careers that really interest them and gives them access to careers and experiences that they might not otherwise have,” Mayer said.

That foot in the door was critical for Headley to get the job he has now. Because he made and maintained strong connections with his two bosses last summer, he was offered a full-time position.

His advice to students going into politics is to network with the people involved in the political process already and work hard.

“It’s really important that when you’re in your internship, you’re giving 100% and making those important connections,” Headley said. “They saw what my work ethic was like through my internship and then went forward to recommend me for a job in their own office because they liked how hard I worked.”