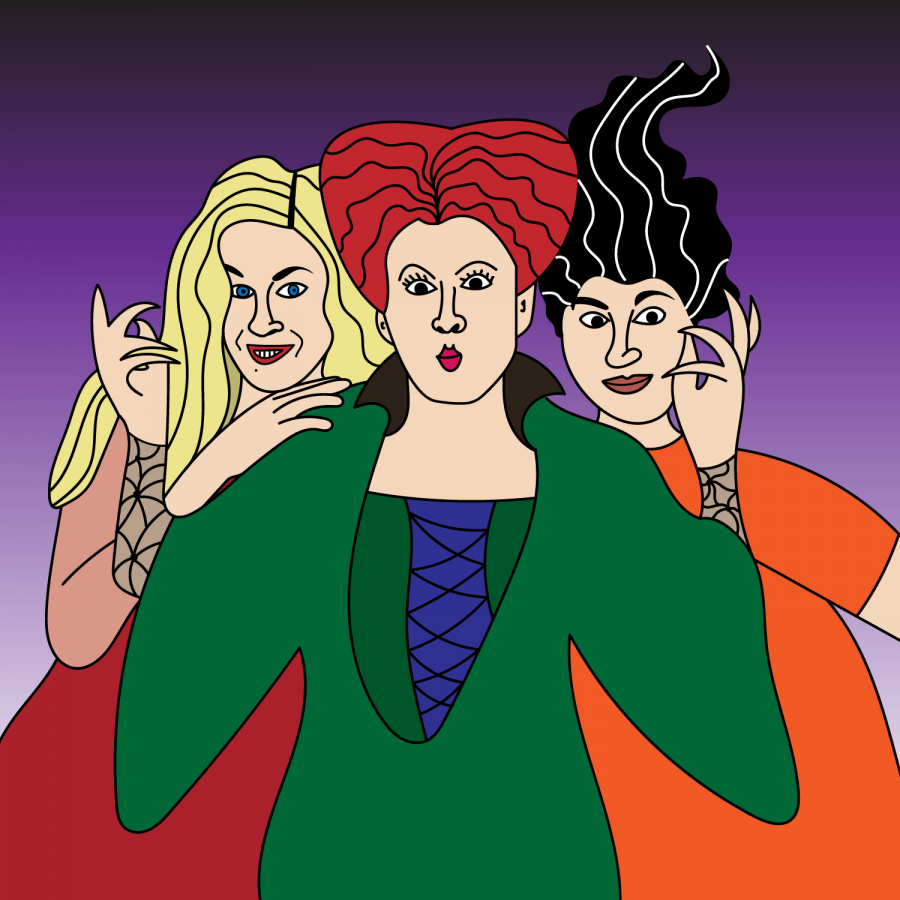 It’s October in the early 2000s. Maybe your family is making dinner. Maybe you’ve already eaten. But it’s nighttime, and ABC Family’s “31 Nights of Halloween” is in full swing, where a Halloween-themed movie is played every night in October leading up to the holiday itself. Favorites include “The Haunted House,” “The Addams Family” and “Hocus Pocus,” each played on their own respective nights. And now, there are opportunities to see these movies and more in Champaign-Urbana this  season.

“Hocus Pocus” will be playing at a number of C-U venues in the coming weeks. The well-known film, which follows three friends in the modern day who accidentally unleash a coven of Salem witches, first debuted over 25 years ago and has remained a family favorite since. “Hocus Pocus” can be seen  Friday, at the Allerton Park and Retreat Center,from 7-9 p.m. Families are encouraged to bring blankets and chairs to watch the film as part of the Movie in the Meadow event.

Alternatively, “Hocus Pocus” will also be shown at the Urbana Free Library on Oct. 30 from 5-8 p.m. in partnership with the Urbana Arts and Culture Program, the Art Theater, the First Federal Savings Bank of Champaign-Urbana and the Urbana Park District.

In addition to screening the movie, this event, which is also marketed to families but open to anyone, will also include other Halloween activities , including a photo booth, pumpkin decorating and a costume contest.

There is a series of Halloween films being shown at the Goodrich Quality Theater in Savoy, including “Beetlejuice,” “Goosebumps” and “A Nightmare on Elm Street.”

For those seeking out scary movies instead of family favorites, the local Art Theater is hosting its annual ‘Shocktober.’ In its fifth year, this year’s Shocktober scary movie lineup included an All Nite Horror Marathon that happened earlier this month, with films such as “Friday the 13th IV: The Final Chapter” and “Halloween III: Season of the Witch.”

The monthlong celebration also includes a double feature to George A. Romero, a filmmaker credited for creating the modern zombie, with his films “Night of the Living Dead” and “The Crazies.” The fest will also include the annual Illini Student Musical’s live performances of “The Rocky Horror Show,” happenning Thursday – Saturday at 9:30 p.m.

The fest, which is targeted at horror movie fanatics in the community, will also include a free kids program of Halloween shorts.

In partnership with the Virginia Theatre, the News-Gazette will have its annual Monster Week starting Oct. 21, showing films such as “Dr. Jekyll & Mr. Hyde” and “Bride of Frankenstein.” Monster Week aims to expose community members to classic Halloween movies and facilitates an experience, with organist David Schroeder accompanying the film and News-Gazette film critic Richard Leskosky sticking around for a talkback after each movie every night.

Whether you love wholesome Halloween movies, are a fan of scary films or neither, there is luckily a variety of festive cinema in the community to choose from.

It was the late esteemed movie critic and Champaign native Roger Ebert who encouraged the public to watch movies when he said, “A film is a terrible thing to waste.”