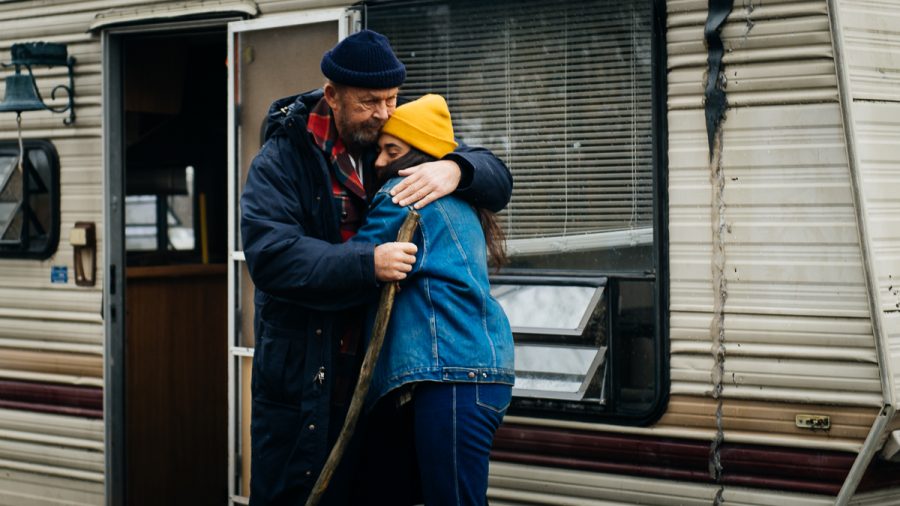 Based on a novel, the Michigan-set “Once Upon a River” features Kenadi DelaCerna as a Native American searching for her mother in the wake of her father’s murder. DelaCerna and John Ashton co-star in the new film, adapted and directed by Haroula Rose, recently screened in Chicago.

Having the opportunity to be a Roger Ebert Fellow and attend the Chicago International Film Festival was the most amazing experience of my college life. In the past, I’ve never watched four fantastic movies in one day, complete with Q&A sessions with the filmmakers.

The four movies I saw over the weekend in Chicago were “Once Upon a River,” “To Live to Sing,” “The August Virgin” and “Babyteeth.” What impressed me most was talking with the director of “Once Upon a River,” musician and filmmaker Haroula Rose, a native of Lincolnwood, Illinois.  During our conversation after the screening, she told me she loved the main character, Margo.

“I thought it was really an amazing thing to see a girl living outside, being strong and resilient, overcoming all the challenges and doing things normally boys do,” she said of the rural Michigan-set film, based on a novel.

Rose was a musician and songwriter before she made movies, and her song “Brand New Start” found its way onto the soundtrack of the Oscar-winning movie “Still Alice,” one of my favorite movies. Talking about the music in Rose’s film, I asked about locating sounds that were soft but impactful. Rose said they wanted to let the audience think on their own, gently. She and her composer decided against too many instruments at one time, favoring a stripped-down sound, which let the music take on the loneliness the movie needed.

Rose shared her thoughts about her  favorite movies, mentioning 1970s Westerns such as “Jeremiah Johnson” and “McCabe & Mrs. Miller,” along with the 1968 version of “Romeo and Juliet.” From her perspective, these movies created a world that don’t need a ton of dialogue but were expressively cinematic.

This was Rose’s advice for aspiring young directors: Just begin.

“Make a very short film, just with a cheap camera or a phone. And just keep making them. It’s amazing once you start; it’s a little bit addictive. And then you begin to realize what kind of storytelling you want to do.”