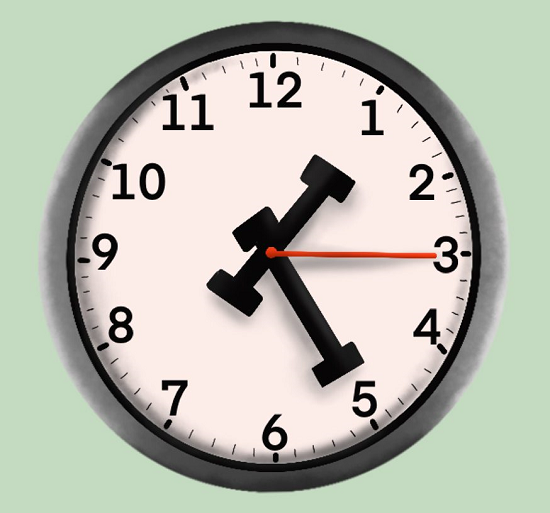 It’s that time of the year when the clocks turn back, the sun sets earlier and we get an extra hour of sleep. Daylight saving, which happened Sunday, occurs twice a year. Dating back to 1918, the United States originally enacted the policy as an effort to conserve coal during wartime. Nearly a century later, the clock is still adjusted. But Illinois Sen. Andy Manar of Bunker Hill is trying to change that.

He filed an amendment to make March the last time Illinois springs forward one hour. He said he was inspired by a Carlinville High School civics class that helped convince him to end daylight saving time as a school project. According to YouGov, a public opinion and data company, 55% of Midwesterners support ending the biannual time change.

The practice is federally mandated in the U.S. and commonly accepted, but many people don’t know how the practice works, why it exists or how it started.

On the first Sunday in November, clocks “fall” back an hour, changing the time an hour behind and allowing for extra time in the morning. On the second Sunday in March, clocks “spring” forward an hour, moving time one hour ahead to have more time in the evenings.

Historically, experts and officials have said this process conserves energy — less light used in the morning during the winter months and less light used during the evenings during the summer months. This argument is heavily disputed and has resulted in polarized views about the benefits of daylight saving. Some argue that with the rise in air conditioning, it does not make a difference in saving energy and that people turn it on after they get home from work.

However, there may be some evidence the shift helps reduce traffic incidents. In fact, only 70 of 195 recognized countries use daylight saving, but 48 of the 50 U.S. states use daylight saving. The state of Hawaii and most of Arizona have completely ended the practice, instead keeping their time the same year-round.

“Extending daylight hours might increase electricity use, but this energy usage and cost is offset by the lessened need for heating … perhaps the idea is obsolete due to new energy consumption patterns and farming practices,” said Ryan Sriver, professor in LAS.

Sriver said he had had no opinion about the possibility that the time change could end in Illinois.

“It could circumvent some problems related to flipping clocks forward and back,” Sriver said.

While the time change seems to have little impact on the economy or the environment, the most prevalent costs or benefits of this practice are human. Everyone gains or loses an hour of sleep for a day, but in the long term, this does not seem to have much of an effect on daily life.

In regard to how daylight saving began, a common myth, especially in the agricultural state of Illinois, is that the practice initially began to help farmers. However, it started to have more hours of sunlight during the summer and to make more use of the given daylight. The myth that it began with farmers is actually because agriculture workers originally lobbied against it. The time change actively works against farmers and many  still oppose it.

Interestingly, while places around the world adopted the policy during World War I, most other countries returned to their normal clocks and calendars after the war.

Critics of daylight saving time say seasonal depression, or seasonal affective disorder, is one reason why the practice should be banned all together. SAD has the symptoms of depression but is linked to the changing of the seasons with less daylight.

There have been some connections found between the two, as the number of admitted patients with depression rises about one month after the changing of the clocks. The extra hour of sunlight gets moved to the morning, a time when most people are sleeping, meaning that people benefit less from this time change. People need a certain amout of sunlight that can be hard to obtain in the winter time. One suggestion to help prevent SAD is buying a lightbox for the winter months.

Sunday at 3 a.m., clocks moved back an hour, perhaps for the last time in Illinois. The bill advanced past state legislation to full senate with bipartisan support. The bill has been introduced, and it is now up to the government to support it. Some senators worry it will be confusing if surrounding states have different times than Illinois, but others say this is not a worry, as it is only one hour.