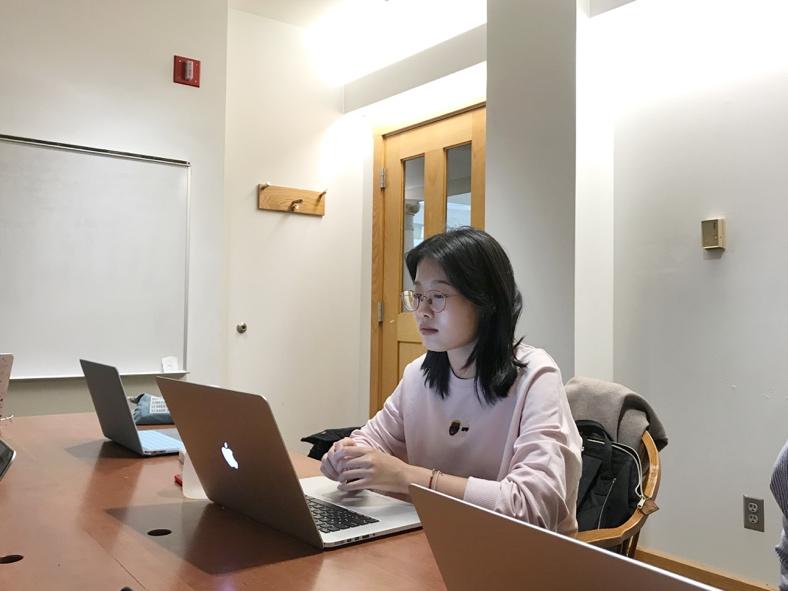 Ella Liu, graduate student in Education, is one Chinese international student who has suffered mental distress.

“It felt like no one supported me,” she said. “I couldn’t sleep for a year, and I would cry all day long. I just felt exhausted.”

Liu has struggled with depression since high school. Trying to balance school, work and expectations from her parents and herself was extremely challenging. When the relationship between her and her friends became fragile, the situation became even worse.

Like a lot of other students, Liu has never formally sought help from any counselor or therapist. Instead, she has tried to resolve her issues on her own, and for a good reason.

“It will be hard to communicate with someone whose first language is not Mandarin,” she said. “Without a similar cultural background, they cannot easily understand and relate to your concerns.”

Zhijin Hou, professor in Psychology at Beijing Normal University, said he thinks understanding the specific cultural background is important in the process of mental illness treatment.

“Culture plays a significant role in influencing how people think, feel and behave,” Hou said. “Understanding cultural diversity is crucial for clinical psychologists to better understand people’s minds and to provide a more targeted and effective assessment and treatment.”

Fortunately, a growing RSO at the University is trying to help the situation among the students who come from China.

Runze Chen, a Chinese student in LAS and the president of the Conch Shell Mental Support, saw the imbalance between the needs of Chinese international students and the ineffectiveness of resources on campus. Because of Chen’s psychology major, many of her friends have told her about their experience with the University Counseling Center as well as the McKinley Health Center. Besides the fact there is a limited number of counselors and therapists on campus, the students often end up with little help for their mental health concerns because of the cultural and language differences.

Chen saw the mental needs of these students, which were different from those of domestic students, and how they never received enough attention. This became the reason why she founded Conch Shell Mental Support, the first RSO at the University that specifically focuses on the mental well-being of Chinese international students.

Most of the organization’s works are based on WeChat, the biggest social media app among Chinese students. Most of its activities include regular mental health-related articles online, the online communication platform and in-person group meetings and talks. At this point, the number of subscribers to the organization’s official account on WeChat has amounted to 1,573.

“I hope that with all the resources offered by us, Chinese students can have a place to talk whenever they feel the need and without the concern of cultural and language barriers,” Chen said.

Having similar intentions as Chen, Liu joined the organization this semester hoping to help Chinese students who are struggling with similar issues she once had.

“I know how struggling it is for someone who has mental issues, and I have experienced all those negative emotions and feelings before,” Liu said.

As a member of the advertising department for the organization, Liu strives to make the organization more closely connected to the students with her art and design skills. She is responsible for the visual design of the online articles as well as advertising posters on WeChat.

There is a lot more Liu wants to achieve in the organization. In the future, she hopes to be a part of the organization’s online communication platform, where the members listen to mental health concerns sent from students and offer their advice on a one-on-one basis.

“I feel happy to interact with people who share the same passion with me and who also want to help others,” Liu said.

By sharing her experience with more students who are in need of help, Liu hopes to raise mental health awareness among Chinese international students.

“This is what my passion is,” she said. “I want to make more people involved in our organization and more mental needs addressed with my own ability.”