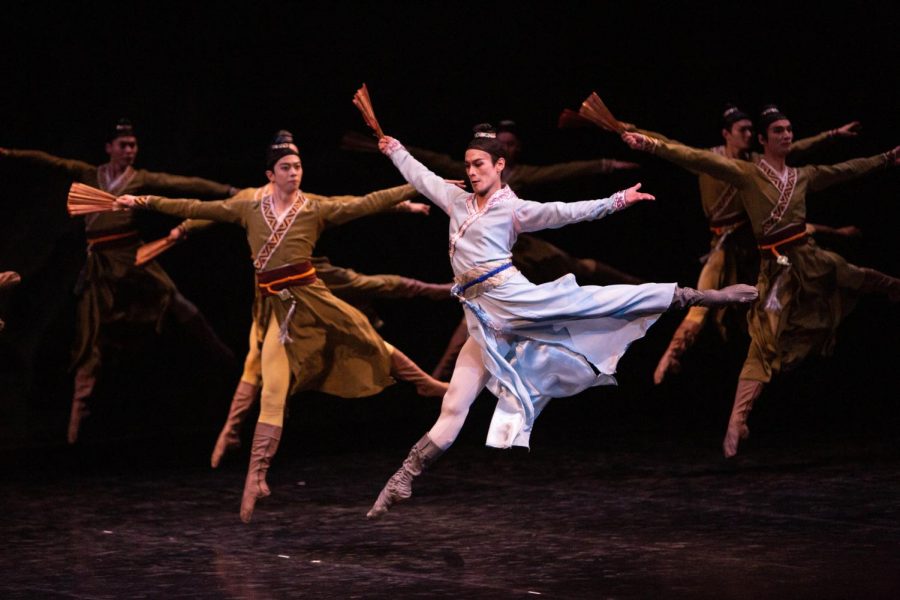 The Shanghai Ballet performs at the Krannert Center for Performing arts on Jan. 29. The dance group debuted their original performance of ‘Butterfly Lovers’ on Jan. 28.

Renamed in 1979 at the base of The White-Haired Girl performing team, this performing group continues to amaze the world, as they have won 39 total medals in various international dancing competitions. “The Butterfly Lovers” is one of their self-created staged ballets with a history of three decades, including “Jane Eyre,” “Hamlet” and many others. This time they are bringing one of their best to Champaign-Urbana, leaving audiences in pure awe and amazement.

This particular ballet performance isn’t a traditional one, but rather a newly organized, story combined form. It combines one of the most well-known ancient Chinese love stories, “The Butterfly Lovers,” into the traditional ballet form. It is not only a western-eastern mix but also a combination of different genres of art. In the performance, various kinds of costumes mix the styles of traditional ballet dress and ancient Chinese clothes, which is new for most audiences.

Director Xin Lili created a unique narrative part since the actors need to make the audience understand what is happening on the stage without saying any words. In all, this is pretty complicated but new type of performance, which attracted a lot of local audiences to watch, along with some foreign guests.

Within the performance, the set design is also crucial to bring the visual experience to the next level. According to one staff member, all workers, organizers, the background, the set; everything was initially from the Shanghai Ballet group themselves. The background board, for example, is among one of them and successfully created an artistic conception to the audiences. When the boys were studying among the mountains, the background was the traditional Chinese landscape painting.

When the two families met up and tried to pair their children, the background was the beautiful autumn scenery. The backgrounds, as well as other sets, blended in the ballet itself and took the audience to not only the dance but also the plot of the story.

“I just like ballet,” said Mariangela Segre, who attended one of the shows. “I never saw anything from Shanghai Ballet, so I wanted to know (what it was all about).”

Herschel and Harriet Cline also attended one of the shows and explained their high expectations.

“We like ballet, and we want to see something from China,” the Clines said.

“We had a Chinese student that we supported in Nanjing, and the gift he sent us was a CD of a Chinese opera,” the Clines said. “It’s been wonderful, so I know the music is different.”

Many Chinese people came to the show as well, and some came a long way from home. One Chinese woman said she saw the advertisement at the airport.

The show lasted two days, and most of the seats were filled. After the successful performance, applause filled the theater and some even stood to give their best praise. If you are curious about ballet and Chinese culture but not sure what to watch, people’s reaction gives you the best answer.