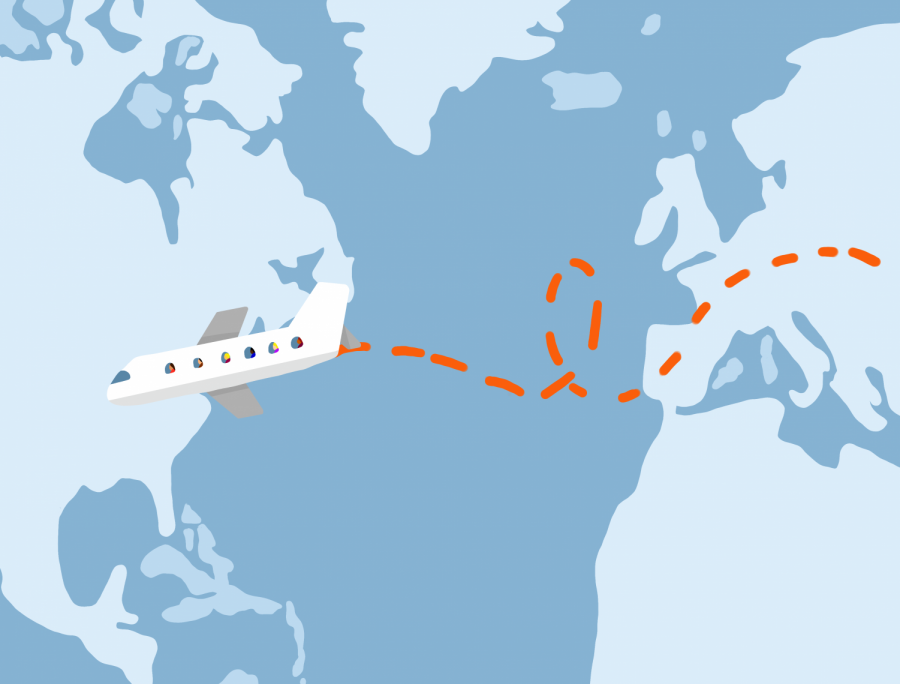 The University of Illinois at Urbana-Champaign is easily one the most diversely populated universities in the Midwest. The University has ties with over 200 schools and has over 380 different programs in 60 different countries where you can study wild animals in South Africa, immerse yourself in the Spanish lifestyle, help restore Australia’s tropical rain forests or study the world of business in Hong Kong. While most students do a semester or two abroad, the University also becomes a home to hundreds of exchange students from all over the world every year.

Sam Gears, an exchange student from the University of Manchester, United Kingdom, is in his third year of studying physics. Gears has always seen America through the lens of TV shows and movies. Despite speaking English, he knew there was a large cultural difference and wanted to experience the Midwest college lifestyle.

Gears said, “I chose to study at UIUC because it is one of the largest universities in America with a strong engineering program and international community yet still with strong sports teams and a large Greek life.”

With a varied diversity ratio of just a little north of 50%, Gears was initially surprised with how welcoming everyone was, both socially at events such as tailgating and sports societies, as well as academically with his professors. He quickly focused on his academics while here.

“I initially wasn’t ready for the weekly assignments, but I found this gave me a greater understanding of courses I took,” Gears said. “When I did apply to study abroad, I considered some west coast universities, but I found them to be very expensive and having a quieter campus college lifestyle.”

Tarkan Bolat, a senior studying International Business and Entrepreneurship at the Vienna University of Economics and Business, said the school has beautiful, old architecture with a campus life that his university in Vienna does not.

“Our library literally looks like a spaceship and is in the middle of Austria’s biggest city. Moreover, students in Vienna don’t live on campus. The university does not offer all the sport facilities like UIUC has,” Bolat said. “Tuition is covered by tax money in Austria, so we do not have to pay ourselves.”

Architecture, tuition and academic structuring is not the only thing that exchange students tend to experience differences in. Martin Grosshauser, fifth year biophysics major at the Technical University of Munich, initially wanted to go to Sweden because of the KTH Royal Institute of Technology and his appreciation for Scandinavia. Having lived his whole life in Europe, though, he expected more of what he had experienced in his own university.  Grosshauser changed his mind in the last minute and decided he wanted to come to the Midwest to experience American college culture.

“The U of I is definitely special in the sense that the whole city is built around it. Even not living on campus, I’m surrounded by students. That’s definitely different in Munich,” Grosshauser said.

In Munich, he found that most of the coursework is crammed in the last few weeks, right before the finals. The finals make up 100% of the grade, so he tended to be lazier during the semester.

“There’s a six-week period, give or take, before finals where everyone is just scrambling to get their academics in line,” he said. “So, for me, the change of pace was quite surprisingly annoying, yet helpful. But having experienced both systems, the outcome is surprisingly similar. I honestly couldn’t tell which system appeals to me more.”

Bolat said: “Studying abroad was one of the best and most mind-opening experiences I ever had. I would love to come back one day to UIUC.  I just loved the feeling of meeting, bonding and clashing with new cultures and people and getting out of my comfort zone!”

He was overwhelmed by the sizes of everything, especially Walmart. Another big shock came to him in the form of nightlife on campus. With drinking age being 16 in Vienna, he was impressed by how strict the passports where checked to see if they were over 21.

“I did not expect the floor to be so wet and did not understand why people ‘iced out’ initially,” Bolat said. “But soon enough I went with the flow and got to be a true Illini too. Usually a party in Europe starts around 10p.m. and we go to clubs around midnight or 1 a.m. Being used to party till the daylight, I was shocked when we were getting kicked out at 2 a.m.”

Bolat loved the school spirit, watching everyone wearing Illinois t-shirts, sweaters, hats and bags. What was even more incredible to him was when it was all emphasized on game days with the marching band and sports teams.

He said: “I didn’t really know much about Greek life, college football and inter-college rivalry, but after seeing how serious they work and represent, I wish we had that in Europe too.”

With so many stark differences between the universities in Europe and the United States, the one thing all three sources said they thoroughly enjoyed was school spirit and Greek life.

“One of the most memorable moments I had was watching the Wisconsin v. Illinois football game,” Gears said.  “Despite having no idea what all of the football signs were, being part of such a tense atmosphere with a sense of camaraderie both before, during and after the match was an amazing experience that I don’t think I will ever forget.”