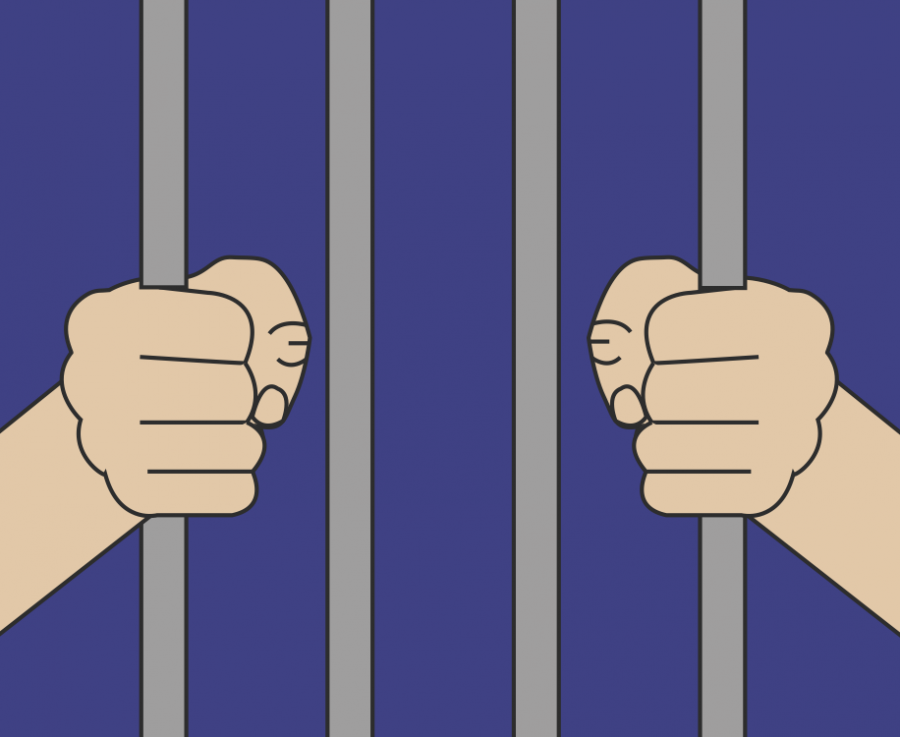 Marlon Mitchell founded a re-entry program called First Followers in 2015 with James Kilgore, a professor at the University who also spent six years in federal prison.

Mitchell said he came up with the idea of the program, because there was a need not being met.

According to the Illinois Department of Corrections, about 28,000 people are released from prisons in Illinois each year. Many have nowhere to go, sometimes even going back to prison. Others make their way to Champaign County, a seemingly popular re-entry site for those who were formerly incarcerated.

“People need these resources to get their lives together,” Mitchell said. “There’s no real structure or organization for when people leave prisons. We offer that.”

Housed in Bethel AME Church in Champaign, First Followers is open to anyone who needs its services on Tuesdays and Thursdays. Anyone can go into the church, sign in and start meeting with team members to figure out what the next steps are.

Even though First Followers is not a religious organization, the church and the church community have been more than welcoming of the program.

Pastor Terrance Thomas of Bethel said the relationship with First Followers started with the former pastor of the church Larry Lewis. However, when Thomas took over in September, there was no doubt in his mind that he would continue this relationship.

“We believe that having First Followers here would create a relationship between members of the community who needed a second chance, who needed a rebirth to the place that all second chances are rebirthed,” Thomas said.

Unlike other church missions, the relationship with First Followers does more than just donate money or provide shelter and food. It provides a second chance and works to transform lives, he said.

“This relationship I would argue is missional, which means it’s a little more intentional,” Thomas said. “It means that we’re helping people, not just giving them blankets and money and an occasional donation, but we’re actually giving space to those who are trying to help people reform their lives. We’re giving space to those who may have been impacted by the criminal justice system.”

Thomas will often give impromptu workshops to First Followers whenever they are needed. He said his goal is not to profit or bring anyone to stay with the church but simply to be a spiritual guide.

He said he focuses on trauma or the emotional/spiritual side of reentry, guiding them through the experience and figuring out maybe, what it is that got them there in the first place, whether that is toxic masculinity or any other issue of the sort.

Mitchell said any guidance is necessary, because formerly incarcerated individuals may face problems such as getting an ID card, finding a job or even finding housing. Sometimes these are things other people often do not pay attention to. The program also works to keep people from going back to jail or prison, called recidivism.

“The people who study this stuff talk about the three-legged-stool,” said Andrew Leipold, professor in Law. “Jobs, family and a place to live. And if one of those is missing it’s going to be extremely hard for people to successfully reintegrate.”

However, if someone does have all three in their life, they have has a great shot, Leipold said.

First Followers receives a lot of help from the community. However, Leipold said that sometimes depending on how the question is asked, people don’t want to offer as much help. Ideally, most people want to help and think people being released from prison should receive support.

“Living in that community if asked, ‘do you want to provide places to live for the recently released,’ you might say no,” Leipold said.

At the Champaign County Jail, however, jail superintendent Karee Voges and Sheriff Dustin Heuerman try their best to offer as many resources and guidance for reentry as possible.

“Overall, the idea is to better people’s lives in the community,” Voges said. “And some don’t even realize what’s going on in our local government, because it hasn’t affected them in some way.”

However, Heuerman said, it’s the taxpayers who pay for the jail and the sheriff’s office salaries, so in hindsight, everyone should be paying attention and should care if the office is helping with re-entry and trying to decrease recidivism rates. He added the goal of the sheriff’s office isn’t to continuously just lock the bad guys away, but it’s to better the community.

While the sheriff’s office does not directly work with First Followers, they value its importance for the community. Voges is on the Reentry Council for the county where they often discuss how to help different programs such as First Followers.

“As long as I am pastor at Bethel they will have a home here,” Thomas said. “They are an integral part of my church and community, and I absolutely love and respect them.”

In addition to providing assistance to those reentering into the community, First Followers is also a point of education and awareness for others in the community.

“People need to hear about us,” Mitchell said. “Five, six years ago, these conversations were not being had.”