Fashion show promotes self-love, cultural collaboration by ‘Being you!’ 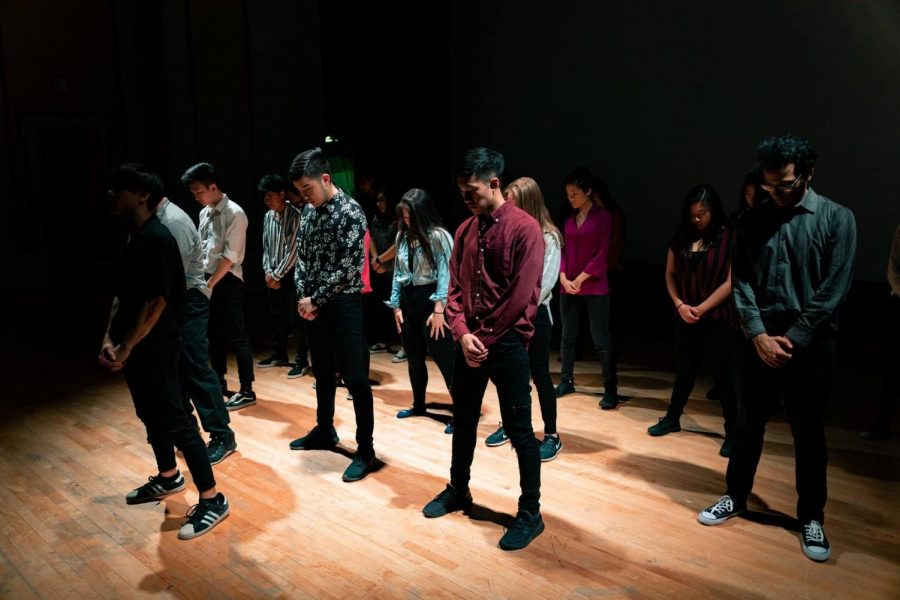 The Asian American Association (AAA) at the University started out in 1986 as a small support group for Asian-American students on campus. It has since flourished into one of the largest pan-Asian organizations in the Midwest. The AAA hosts a variety of events including study nights, charity banquets, super bowl watch parties and much more. Collaborating with a multitude of other on-campus organizations, the AAA has a place for everyone.

This year brings the AAA’s 34th installment of their annual fashion show, titled and themed: ‘Be you!’ With a focus on looking inwards and staying true to oneself, the AAA’s fashion show is committed to creating an open atmosphere within the Asian American community that encourages the collaboration of diverse peoples.

Alice Fang, junior in Engineering, has been part of the AAA for three years and is the head coordinator for the fashion show. Fang said she participated in the last two years’ shows. Even though the scenes themselves usually stay the same, the scene coordinators change every year, bringing a unique style each time.

Angela Xu, senior in LAS, has participated in the fashion show all four years of college.

“This show is geared toward those who have little or no dance experience,” Xu said. “It feels really rewarding to teach and introduce dance to the models (dancers), knowing that I was once like them. Seeing them discover a new passion, open up and gain self-confidence the same way I did, is something else entirely.”

Xu said that the beauty of the show was that everyone who wants to be in the show is in; they try to promote a judgment-free zone. She said, “The focus is on having fun and not being embarrassed about yourself, rather than being perfect.”

Simon Chen, senior in LAS, really enjoys the practice sessions as they really let him relax, have fun and be himself.

“Just how goofy practice really is can make anyone realize that we’re just normal people who try, mess up, learn and try again,” Chen said. “Everyone has a good time laughing it off in the end.”

While the event promotes fun, freedom of expression and positivity, a tremendous amount of effort is put in behind the scenes ranging from overall big picture coordination to minute details and specifics.

Fang, who is this year’s only head coordinator, said, “I choose all the scene coordinators based on a combination of their dance and leadership experience, previous Fashion Show experience and most importantly, their passion for teaching, dance and Asian American culture.”

Mary Yang, sophomore in ACES, was selected to be one of the cultural scene co-coordinators. Yang said that as coordinator, she fully realizes the amount of effort put in behind the scenes to make the show happen.

Isabel Xiao, sophomore in LAS, said last year’s show had more experienced upperclassmen who had run the show before. This year, though, a lot more underclassmen had to step up and learn how to lead the show.

“Filming is always such a rushed and stressful event,” Xiao said. “I just remember running from one filming site to the next with my extra outfits and the rest of the team running behind me. It’s quite a sight for anyone on Green Street.”

Kaelan To, sophomore in electrical engineering, said, “I was in the previous fashion show, where I participated in three scenes: Throwback, BizCaz and Nightlyfe, where I was a lead and when I look at it with an overview, I think the most notable change is the different styles of dance that the coordinators have.”

Xu said that this year’s theme of “Be You” is strong because it’s all about being unashamed and proud about yourself. That’s something that she loves to see her models develop, especially since she had experienced similar things when she was a participant.

“As a college student, a woman in tech and a Chinese American living in the age of social media, I wanted to speak out against society’s views and expectations of me and just be myself, instead of always focusing on who I’m not, who I should be and what I don’t have,” Fang said. “I wanted to share this message with others to hopefully uplift them and remind them to love themselves.”

Xu said that one thing she sees in her models is a lack of confidence in themselves, especially when they haven’t danced before.

“This year’s theme is ‘Be You!’ for a reason,” Xu said. “We want people to look at themselves and feel proud!”

With the event drawing closer, the pressure is always on the rise, performers increase their practice hours, begin to practice in costumes and coordinators begin to move things into their final stages. But even with the constant build of pressure, there’s always time for some fun.

“Sometimes the models go a bit crazy, which is par for the course,” Xu said. “When I tell them to pose or improv onstage, I can’t quite tell them that they can do ‘anything they want,’ because they’ll start flossing or even propose to each other. But once in a while, you’ll get something really good out of it, so it’s silly and ridiculous — gets everyone laughing and is still part of the show.”