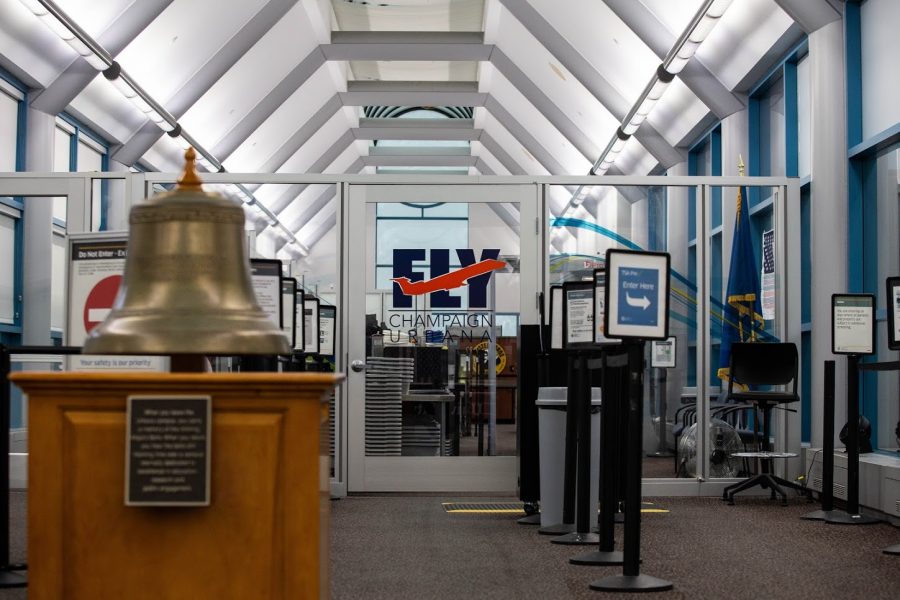 Nearing the end of 2019 fall semester, Kailey Bambula, junior in LAS, was preparing for an exciting semester abroad in Florence, Italy. Across the Pacific in Wuhan, China, a new virus causing a pneumonia-like illness began to emerge. Like most of the world, Bambula was hardly aware of the new coronavirus and never foresaw the effect it would have on her plans. After being pulled from her study abroad program, she is stuck in a self-quarantine.

“It doesn’t even feel real,” Bambula said. “It’s like a bad dream. I worked so hard to get there, you know? And it just felt like the opportunity had been ripped away from me.”

For the first several weeks of her stay, an early return home seemed unlikely to her, never having imagined the situation to escalate to this point. Locals remained unconcerned with the developing crisis, and daily life continued as normal.

Lourdes Gomez, junior in media, observed a similar attitude of nonchalance at her study abroad site in Adelaide, South Australia.

“No one was panicking,” Gomez said. “The only thing was, it became kind of a joke. Like how the stores were running out of toilet paper because some people were freaking out.”

Gomez realized the pandemic was much more than a bad joke as friends abroad in Europe started making frantic plans to leave. Over in Italy, the panic set in for Bambula as she watched her flatmates get sent home one by one. The students’s trips began to take on an air of melancholy.

“I helped my friend pack, and we all just sat there processing that she had to leave,” Bambula said. “She had this apartment with a balcony. You could see the Duomo and all these beautiful historical landmarks, and it was just so sad that she was going to leave all that behind.”

It wasn’t long before Bambula and Gomez had to say their own goodbyes. Bambula left Italy for the U.K. on March 4 in a last-minute decision to make the most of her dwindling days in Europe. Gomez left Australia to return home to the U.S. on Monday.

Now, both are back home in the suburbs of Chicago. They are left with the daunting question of how to proceed with their spring semesters.

“It’s so hard to emotionally prepare yourself  to go to a different country,” Gomez said. “I was preparing to be there until June, and all of a sudden it’s ‘come home now.’ And now, it’s just the confusion of what I’m going to do.”

Bambula will continue her coursework online through her Italian university. This resource is unfortunately unavailable to Gomez through her school in Australia. Thankfully, these lost credit hours should not affect her graduation date.

Both students expressed gratitude for their illuminating, though abbreviated, study abroad experiences – still coming to terms with their abrupt departures from their new homes.

“I wish things were different,” Bambula reflected. “That’s how I feel, genuinely.”

Leave a Comment
WEEKLY POLL
Are you registered to vote?