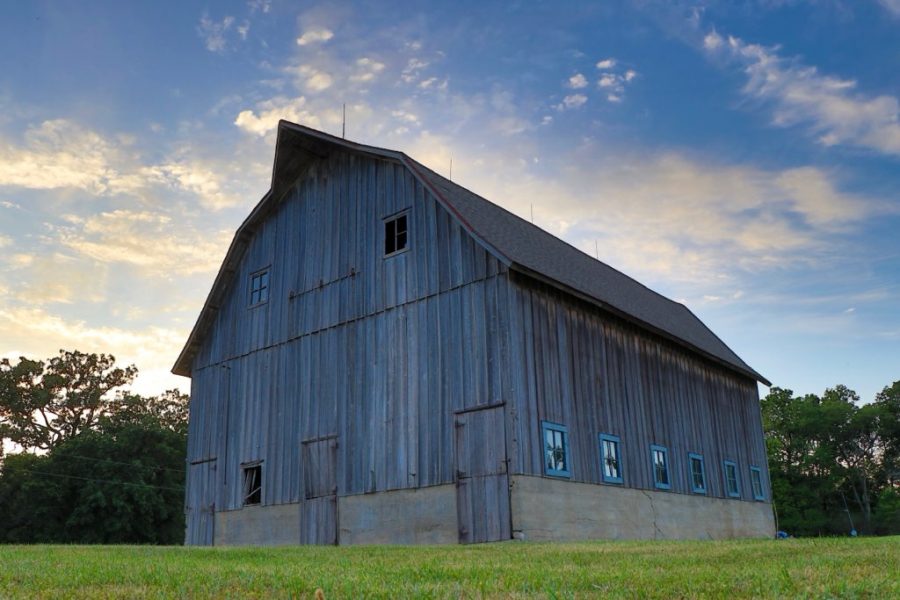 Over 150 years ago, Philip Hummel, a recent immigrant from Germany, came with his family and team of horses to Champaign County and bought some land to start a farm. He purchased 120 acres (about one-fifth of a square mile) of land that had never been plowed before and began to build fences, buildings and prepare the ground for planting. While that may have seemed like a small piece of land, an acre was initially a measurement of how much land a team of oxen could plow in one day. Horses were a little faster than oxen, but plowing just 40 acres could take weeks.

Today, Philip’s descendants still reside on a piece of his farm and rent out some of the ground for farming. The land they live on has been a part of the family for 150 years this year, making them one of few sesquicentennial farms in Champaign County. Yet, the farm today bears little resemblance to Philip’s farm back in the 1860s.

Kay Birch, Philip’s great-granddaughter, born in 1927, spent the first 20 years of her life living and helping on the family farm. At the age of 92, Kay still enjoys telling stories about growing up on the farm and all the hard work it took. While some farmers today do still have dairy cows and manure to deal with, she said technology certainly has made farming much less labor-intensive.

“I think it’s a hell of a lot easier to farm today than it was in those days,” Birch said. “I mean, first of all, they don’t have any milk cows to milk, no manure to horse around with, no horses. Everything is in a cab with air conditioning,” she said.

Birch said she remembered groups of men coming from Kentucky to help shuck corn by hand. They would wait until the ground was frozen so the horses and wagon wouldn’t sink in the mud. She remembered her mom preparing a breakfast of mashed potatoes, gravy, bread and sausages at 4:30 a.m. After breakfast, the men would walk alongside the horses and wagon, pulling ears and shucking the corn as they threw it in the wagon. The men would stay for several days, working their rigorous tasks diligently.  Later, the corn would be put through a threshing machine to remove the kernels from the cob. Eighty bushels of corn to the acre was regarded as a “damn good yield,” she said.

Today, the remaining 100 acres of the farm ground could be harvested in a day or two by a combine that would pick, shuck, and remove the kernels from the cob all in one. The farm typically would raise 200 to 220 bushels of corn per acre. The enormous increases in productivity on the farm are due to more advanced machinery, considerable breakthroughs in plant genetics and improved fertilizers, pesticides and herbicides.

Birch said it was amazing just how one piece of new technology, like the tractor, changed their lives. She said, “it was like a gift from God.” Nevertheless, it wasn’t quite like the tractors today. It didn’t have a cab, so anyone on the tractor would get all dusty. It was also especially loud due to the absence of a muffler and was hard to steer because it didn’t have power steering.

“I drove a tractor with six plowshares behind plowing and that was a big deal for me. I practiced a lot before I got on so I could handle it,” she said.

Today, the farm only raises corn and soybeans. In the past, Birch remembered raising dairy cows, sheep, chickens, goats, hogs and operating a sawmill. It was her job to milk the cows, take care of the 500 baby chicks they got each year, and do whatever else her dad asked her to do.

“I’d much rather do what I was doing outside than cooking a meal or dusting inside,” she said.

Even though it was hard work, when Birch moved to town to get a job, she missed the farm. She would look forward to coming back every weekend. Now her son: Joe Birch and his wife Pam live on the farm and in the farmhouse that was built over 100 years ago. They rent most of the land to someone else to farm but still plant a garden and a sunflower patch.

The Birches learned a lot from their mother, Kay Birch, and often found themselves outside on the porch just listening.

“I like sitting out here, listening to Kay just tell the stories,” Pam said. “It’s just a very peaceful place to be.”

Despite all the changes, Birch said she thinks farming today would be a pretty cool job, because she grew up on a farm, and it is still a part of her.

“I can’t imagine farmers,” she said. “I’ve never figured them out, because they work like hell. But you couldn’t drag a farmer off the farm. He’d go right back. If he didn’t make a cent, he’d go right back, and do the same thing over again. I guess once a farmer you don’t do anything else.”