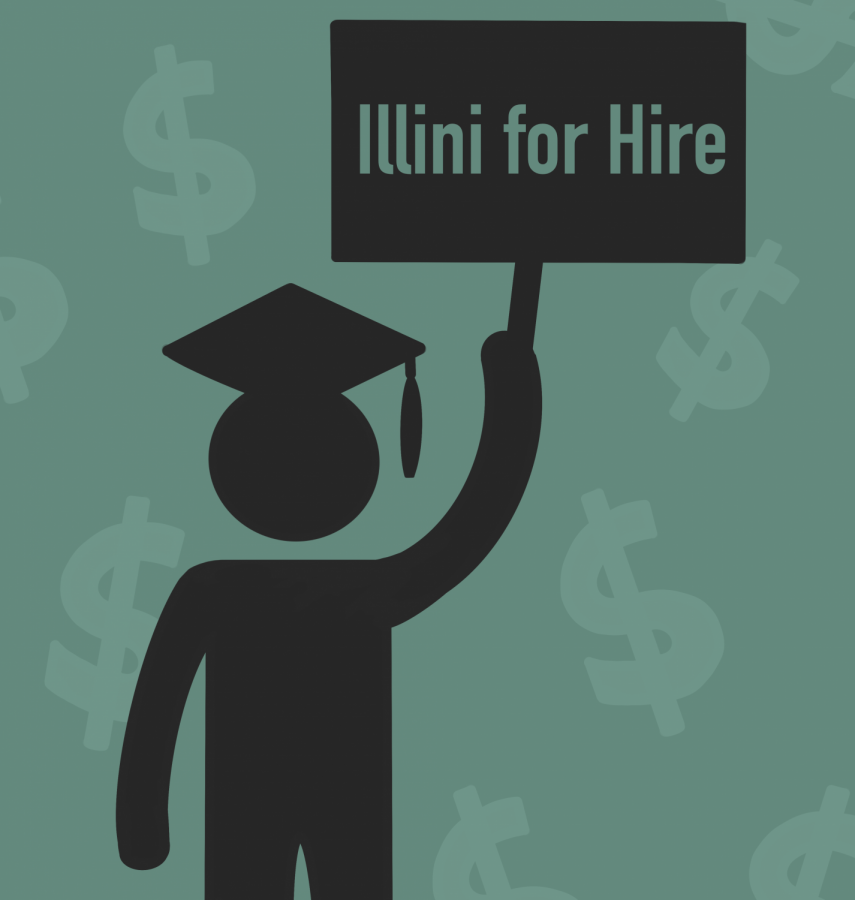 Kelli Smith, junior in AHS, was disappointed but not surprised when her summer internship at Marriott International was canceled. The hotel chain had furloughed thousands of workers in response to losing business due to the coronavirus.

Smith and college students across the country are figuring out their next steps as internships are canceled and full-time offers are being postponed.

Graduating seniors who have already lost the last months of college and commencement are also preparing to enter a completely different and unexpected job market.

The U.S. Department of Labor reported 6.6 million new unemployment claims for the last week. In the last three weeks, 16 million Americans have lost their jobs. Craig Lemoine, director of the financial planning program and associate professor in ACES, has heard from students who have been affected.

In a typical semester, his students email him about extensions for late assignments or questions about challenging topics. He said his emails are a “little heartbreaking” this semester as students ask him about rent payments, unemployment eligibility, disclose mental health issues and even share lessons with their parents who have follow-up questions. While Lemoine said he never gives investment advice, he helps however he can.

Even upperclassmen who accepted full-time offers are being affected. Joshua Rosenthal, senior in engineering, was on track to become a mechanical hardware engineer in the track rotational program at General Motors starting in July. Rosenthal said he received a note from the company saying they will be withholding 20% of salaries until March 2021 (where they will then pay it back). Rosenthal said some friends, who had internships canceled in the oil and gas sector, are working with the career services within the engineering college to figure out their next move.

However, this is not the first time Illinois graduates will enter a tough job market. Kristi Rhodes, art teacher at West Aurora High School, graduated with a degree in art education in 2009. She said it took her four years to land the full-time position she has today.

Rhodes attributed some of her difficulty to pursuing a niche field within education, in addition to being a first-generation college student without much help navigating the job market. She also said her own lack of self-confidence hurt her in interviews, and she wished she had taken advantage of the resources available on campus.

“Had I gone to a lot more of those job fairs and garnered more confidence there, I think four years wouldn’t have been four years,” she said.

“Had I gone to a lot more of those job fairs and garnered more confidence there, I think four years wouldn’t have been four years.”

While classes are now online for the remainder of the spring and summer terms, resources like the Career Center are still available remotely to students.

Samantha Potempa, senior assistant director for employer relations and career connections at the Career Center, helped organize the Virtual Illini Recruiting Week that began on Handshake on Monday. Instead of the traditional career fair, students can log on to webinars with companies and connect with representatives there. The Hire Big Ten+ career fair will take place virtually on Tuesday.

Employers are looking for candidates who take initiative and are flexible, Potempa said.

Lemoine said he has seen two recessions now, the dot-com bubble in 2001 and the Great Recession from 2007–2009. He tells seniors who may have a hard time landing a job to develop new skills, find part-time work and consider graduate school.

After Smith got the news about her canceled internship, she decided she didn’t want to enter the job market yet or even a year from now. She had been thinking about graduate school before, and now she is almost positive she’ll pursue her master’s degree in human resources.

Dan Maloney, an investment executive at Thurston Springer Miller Herd & Titak, earned both his undergraduate and graduate degrees from the University, entering the job market in 2008. As a graduate student, Maloney was the last Chief Illiniwek at the University and said that the controversy surrounding the Chief’s retirement prepared him for real life.

“I don’t think I would’ve been as confident or as comfortable in talking to people and being as able to confront harsh realities in my own career path had it not been for that experience,” he said.

Deciding to pursue finance, Maloney worked several odd jobs while trying to break into the industry. Maloney said networking helped him get the career he wanted today. He advises students and new graduates to exercise creativity to network remotely and to continue building relationships.

“The basic concepts of networking stays the same: It’s just asking someone if you can have a coffee over Skype or Google Video or Zoom or something,” he said.  “Those little contacts, those little follow-ups, you don’t realize it at the time, but they really go a long way. And they go a long way in a surprisingly short amount of time.”

Maloney said given the circumstances, there could be new opportunities and experiences students never thought of.

“In unusual times and in unusual circumstances, if you’re flexible and you keep your eyes open, you’re going to probably see some opportunities that you never considered.”

“In unusual times and in unusual circumstances, if you’re flexible and you keep your eyes open, you’re going to probably see some opportunities that you never considered,” he said. “The path forward never looks exactly what you think it will look. That’s a big wakeup call for a lot of people.”