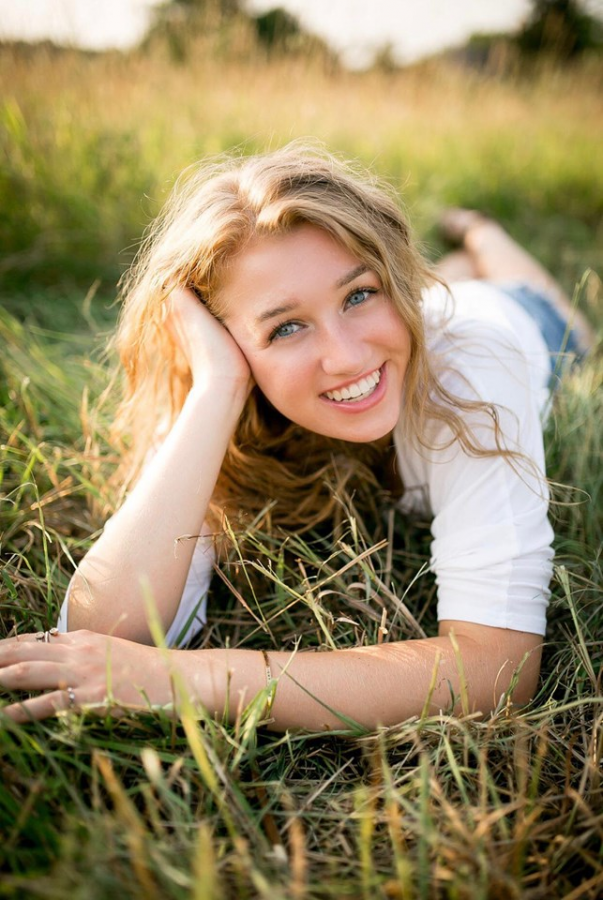 On April 17, Illinois Governor J.B. Pritzker announced that all schools in Illinois will be closed for the remainder of the school year. With this announcement, thousands of high school seniors lost the last few months they had with their classmates. Several schools are working on plans to celebrate their graduates in the absence of a formal ceremony, but that does not make it easier for the students.

For Sophia Lowery, the abrupt change of events was difficult to handle.

“It was like you had your last day with your classmates and you didn’t know, so it’s kind of odd not really getting to see them again,” she said.

Lowery is a senior at El Paso Gridley High School in El Paso, Illinois. She will be attending Illinois in the fall, studying general management in the Gies College of Business.

While excited to start school, Lowery said she hesitated to commit to the University until only a couple of weeks ago because so many things were being affected by the coronavirus. Several of her friends decided to play it safe and go to a community college for the first semester since it was uncertain if classes would still be online in the fall. For some, this was a personal choice; however, she said for others, this was a necessity.

“I have friends who were planning on working to pay for their college and now since they haven’t been working for these months, they just don’t feel like they’ll be able to fund themselves through it, so they’re going to community college for the first semester,” she said.

Lowery decided that despite the risks, it would be worth it to commit. While she is optimistic the chaos from the coronavirus will be done in time for school to start, she is ready to prepare for online classes in the fall if necessary.

In addition to the stress about how classes will operate in a couple of months, Lowery also said she was concerned about finding a roommate. While she can meet people online, it would be difficult to really get to know them.

“I can’t necessarily say, ‘oh, do you want to meet up and talk?’ That’s not an option right now,” she said.

Before she gets on campus though, Lowery has plans to finish up her senior year of high school. Her classes have been moved online, which she said has been fine for the most part. The school has not announced any plans for a replacement graduation ceremony.

“Everyone has worked so hard for 12 years,” Lowery said. “It’s just kind of that moment that really signifies going on and all that you’ve been working for this time is worth it and it paid off.”

Jack Krasucki had a similar reaction to all the changes for the end of senior year. Krasucki is a senior at Glenbrook South High School, soon to be a freshman in DGS.

“You wait your whole high school experience to be a second semester senior and then you just chill with friends and it’s supposed to be a great time, but it just ended so abruptly,” Krasucki said. “I didn’t have any time to say goodbye.”

His classes have been moved online for the rest of the semester, as well as his registration for classes in the fall. One of the events he said that particularly upset him to miss out on was May Day, where all the seniors wear college gear from their future schools.

“(We) get to talk to other people, see where they’re going, what major they’re doing,” he said. “It just sucks that it wasn’t in person.”

He said it was helpful that the student council of their school set up an Instagram account to show where all the seniors are going, but it was definitely not the same.

Isaac Heppner is also a senior at Glenbrook South High School. He will be attending the University of Illinois in the fall to study in the College of Media.

While some people have talked about plans for online graduation, it will not be the same.

He said while some of his friends had talked about taking a gap year to work and spend another year together, he was ready to start college. It will be a weird transition, he said, if students have to start online for the semester. Heppner also said, though, that “if I’ve got to start online, I’ll start online. It is what it is.”

Heppner said it really is unfair for these students, but continued: “it is what it is and you’ve just got to deal with it and hope everything gets better soon. It’s all I can do.”