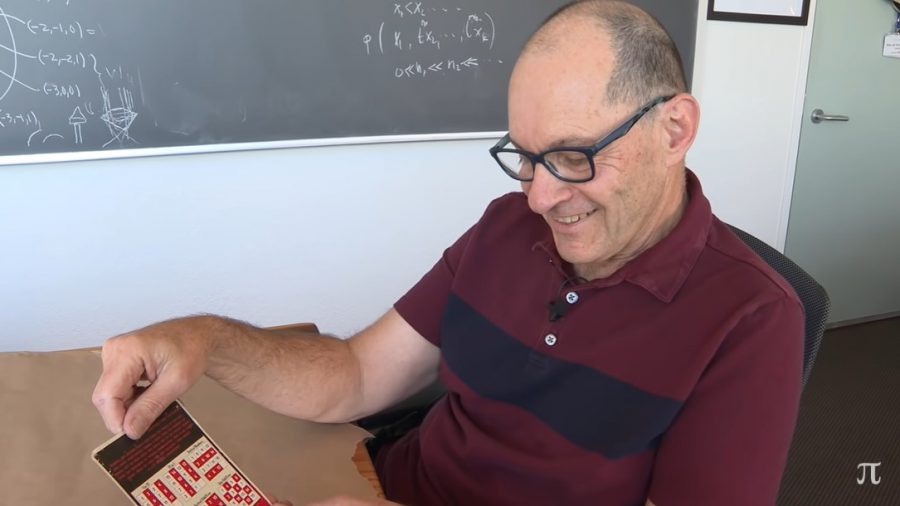 Professor Steven Bradlow discusses his work concerning the 15 puzzle in a video interview by the Youtube channel Numberphile.

Steven Bradlow, a professor in Mathematics, was recently featured on the Youtube channel Numberphile. Bradlow and his son often watched these videos, and after meeting one of the creators of the channel at an event, Bradlow and Brady Haran spontaneously sat down to film an episode.

The Daily Illini interviewed Bradlow about his episode. This interview has been edited for clarity and length.

DI: Is the Numberphile a channel you were familiar with beforehand?

Bradlow: Yes, I knew about them. I’d watched several videos, and one of my children watches them quite often. He sometimes sends me some of their videos that he finds interesting.

DI: How did this opportunity come about?

Bradlow: The Mathematical Sciences Research Institute provides some sort of sponsorship for the series, and because of that, the guy who makes these videos, Brady Haran, visits the MSRI regularly. Last fall, I visited MSRI and attended one of their programs, so I was there when Brady visited. I went to meet him and pitched him an idea for a Numberphile video and he liked it. The next day we just sat down and recorded it.

DI: Tell me about the experience, what was it like?

Bradlow: It was definitely a lot of fun to make, Brady is very good at his job. He’s very smart, he obviously follows what the presenters are saying. He’s very good at detecting the right moment to ask a question to keep it flowing nicely and to keep the interest high. I was quite impressed with the way he did it. Something I found amusing about the experience was that I looked at some of the comments from people, and there were a few themes that came up many times. I had to assign a blank square to a number in the puzzle to get a string of numbers. I made it 16 and a lot of people were very bothered by it and said: “Obviously, it should be zero.” And in a sequence I was writing out, I accidentally skipped the number four. I’ve got nothing to say about that, sometimes we say we deliberately make mistakes to see if our students are awake, but I can’t really claim that.

DI: How did you become invested in that puzzle?

Bradlow: I knew it as a kid, I don’t remember when I first saw it. I’d play with it as a child. I knew there was this sort of interesting math angle on it that explained why some of the configurations were impossible. I thought it was a fun math fact, and I had actually used it sometime in the past as sort of a fun example in one of my classes that I was teaching. So I thought it would make a distinct Numberphile.

DI: Do you share the same fascination with other math puzzles?

Bradlow: It’s not really one of my specialties, but I’m generally into math things. The Rubix cube has a lot of interesting math associated with it. I like games and puzzles, I’m not as fanatical about them as some people are.