Kevin Bacon reflects on his role in summer blockbuster 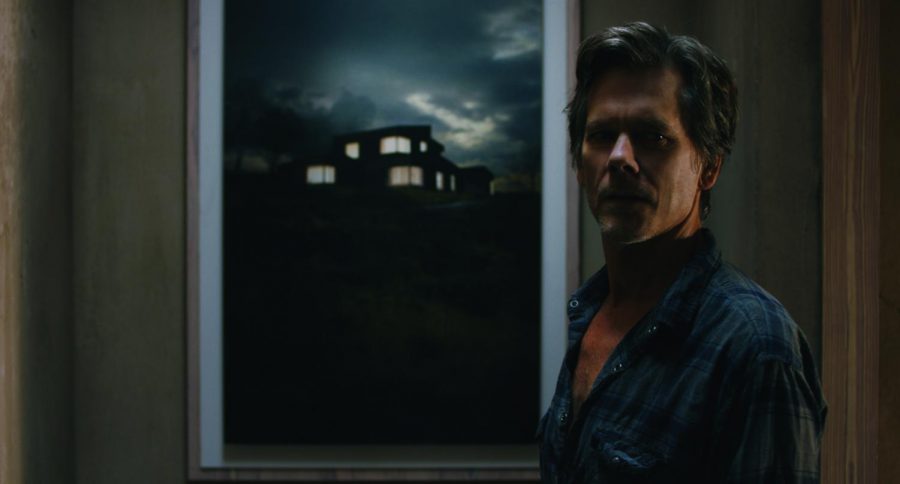 Kevin Bacon stars as Theo Conroy in "You Should Have Left," written and directed by David Koepp.

As the world adapts to a global pandemic, content creators such as filmmakers had to quickly decide whether their movies would premiere months behind schedule in a theater, or offer on-demand viewing. Over the past month, Universal Studios has offered two of its projected summer blockbusters for on-demand viewing.

With the premiere of his movie “You Should Have Left” releasing on demand on June 18, actor Kevin Bacon sat down for a virtual roundtable with college newspapers from across the country on June 17.

“You Should Have Left” stars Kevin Bacon and Amanda Seyfried as a couple who escapes to the English countryside to repair their fraying relationship. The couple, along with their 6-year-old daughter, come to face the fears of their past as the house prevents them from escaping.

Based on the novel “Measuring the World” by Daniel Kehlmann, the film was built upon writer and director David Koepp and Kevin Bacon’s long-standing history. Since their first collaboration in 1999 with “Stir of Echoes,” Koepp and Bacon hadn’t worked together in 20 years but found “You Should Have Left” to be the perfect project to reunite on.

Bacon became known for his role in several slasher movies, starting with “Friday the 13th” almost 40 years ago. However, the genre evolved to include elements of societal commentary. Films such as “Get Out ” have elevated the playing field.

“I think there’s more pressure maybe on horror movies now to be a little bit more elevated and to have a little more to say possibly about the world, or about people or about the human condition,” Bacon said.

In this film, Bacon’s character Theo was raised Catholic as a child. Though the actor could not relate to this, the writer and director David Koepp was. Themes of sin and repenting are glaring throughout the film as Theo battles the sins of his past during the vacation.

“What we’re trying to talk about a little bit is thematic, which is, we live in this time when a lot of people’s sins from their past are coming back to haunt them with the digital footprint that everybody has nowadays,” Bacon said.

Theo is portrayed as a powerful man in society who senses his grasp beginning to slip given his age and secretive actress wife Susanna played by Seyfried. The first sign was his marriage to this much younger woman. While both parents are held together by their love for their daughter, Susanna holds just as many sins that unravel the relationship.

“Time and time again we see an abuse of that power and I think that that’s really what this character that I play is dealing with. He says when he talks to his daughter that things came easily for him, and when you think about what that really means, it raises a lot of questions about things coming easily for a certain section of the population,” Bacon said.

Theo is trying to hold onto some sort of relevance within the world, a theme we have seen play out in regards to the Me Too movement and the elimination of overbearing and intrusive powerful men within our society.

For an actor as decorated as Bacon, the process of continuing his role in this subgenre of horror has remained the same. Each performance, although individualized, connects to the state in which he resides currently.

“Every role that I’ve ever played has been a part of the preparation to get to where I am. When I was a young man I really thought I knew everything there was to know about everything, including acting,” Bacon said.

Decades of horror film experience has resulted in a grand catalog of tools for Bacon to choose from. Being married to an actress was one of the ways Bacon utilized experiences in his personal life to shape how he’d portray Theo in the film. Being able to pull up a photo of him with his daughter when she was six allowed him to get ready for a scene with the daughter in the film.

“I’m lucky because I have a profession where, as I age, the parts that I’m given to play are things that I happen to be dealing with. To be somebody that is considering mortality in the same way that Theo is for the first time, lines up with what’s going on in your life and that’s really helpful, ” Bacon said.