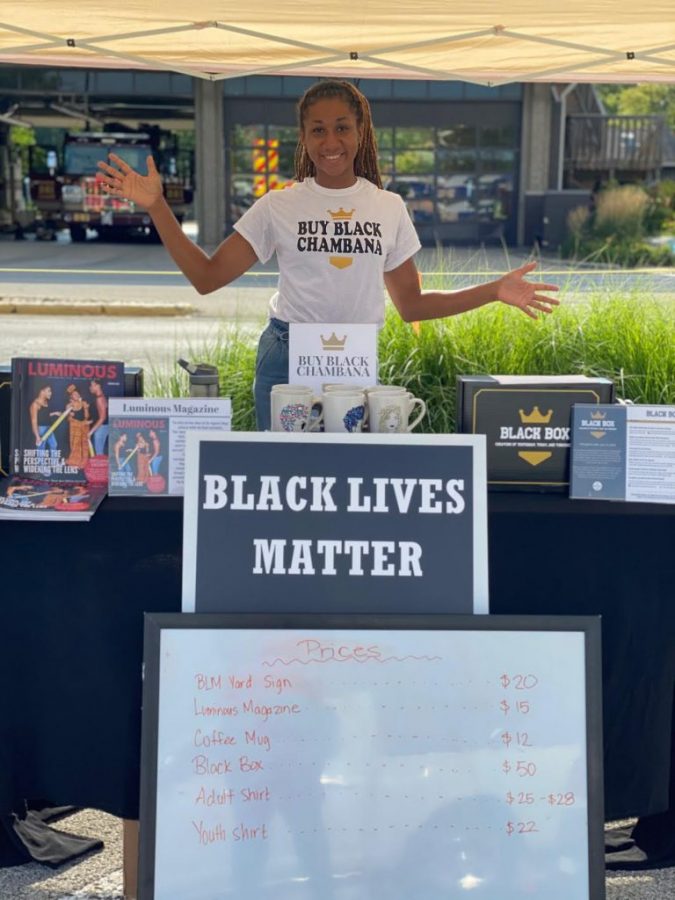 America was once a nation where parts of the country thrived by putting the money they earned back into their own communities. Jewish and Orthodox churches after just immigrating to the U.S. valued empowering their own businesses by strictly buying everyday needs from businesses owned by the same minority group they affiliated with.

In the late 1800s, Frederick Douglass encouraged African-Americans across the country to tap into the way in which other ethnic and cultural groups prioritized the spending of their money.

Last summer Mariah Madison, recent graduate of Eastern Illinois University, decided to take some time off and moved to Champaign-Urbana. A native of Chicago, Madison didn’t know much about the Black community in the Central Illinois cities. After founding her own business, Nannyville LLC, Madison ventured out into the community to find more business owners like her.

In the summer of 2018, Madison visited every Black business-sponsored event in the community. Accompanied by her camera, she started a series called Adventure Girl, where she posted her interactions and interviews on a blog-style web page.

Researching these businesses gave Madison the idea to create a directory for all Black-owned businesses in the community, easing the struggles she and many other African-Americans face when looking to support their own. The website Buy Black Chambana lists the names and contact info of every single Black-owned business in Champaign and Urbana.

“It was really awkward at times, but I met so many people along the way, and I personally met or talked to all 150 businesses in the directory,” Madison said.

Sam Stidwell was one of those people. Stidwell graduated from North Carolina A&T in 2016. As an architectural engineer, he is always creating art, whether with pencil or digitally.

In 2016, Stidwell moved to the C-U area. As an African-American, Stidwell looked up Black-owned businesses within the area but couldn’t find any. Stidwell ran into a problem many African-Americans face, having to search long and hard to support their people.

“That’s kind of important to me wherever I go.” Stidwell said. “Even if I’m traveling just for vacation, I want to find those businesses.”

At first, Stidwell was just playing around, tweaking and retooling to see if he could make the dream for his art into a reality. In today’s social and political climate, Stidwell’s handcrafted hats allow him to pay homage to the history of his people and educate himself and other customers.

“The inspiration comes from studying our history, studying new things about our history … and that’s another one of my passions is our history and our people and what we need to do to change things and actually get that equality,” Stidwell said.

Some of Stidwell’s most popular pieces are portraits of notable African Americans from the past and present. One of his first, a portrait of Malcolm X, civil rights activist, took nearly five hours to complete.

Stidwell faced many difficulties when getting his hats into the public eye; however, he had an unknown ally working to help him and other Black-owned businesses in the community to receive the true recognition they deserve.

Stidwell and Madison met last summer as part of her Adventure Girl series. Since then, Faded Crowns has been a part of the Buy Black Chambana directory.

The directory is just one half of the operation. Buy Black Chambana also sponsors events and businesses and hosts the Urban Market every Saturday for the entire month of August. Along with an online shop, Buy Black Chambana features items strictly purchased from other Black businesses to sell at the market. Thus, creating additional profits for the Black-owned businesses they purchase from, while also creating economic stability within the community.

“We thought it was important that we acknowledge both past and present: that Black-owned businesses have been denied loans which have deterred them from getting brick and mortar spaces, so we should hold pop-up shops,” Madison said.

By generating wealth for their own culture, the African-American community can finally have the ability to catch up to other groups that have already established their own economic stability.